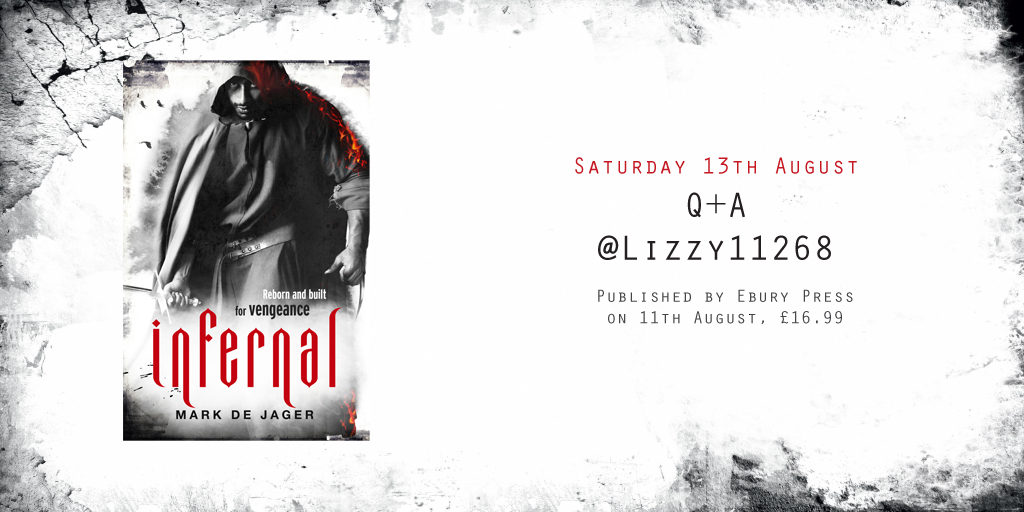 Today I am VERY happy to have a chat to Mark De Jager all about the brilliant Infernal – details on the book and a link to my original review follow but here is what he had to tell me and I’m hoping he’ll pop over to the blog again soon and chat some more about it. Infernal is one of those novels you could talk about a lot. Hmm. (Excellent in other words and you should not miss it) 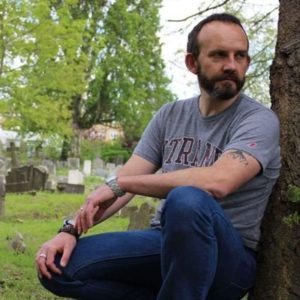 RIGHT well Infernal was ok I suppose. OH WHO AM I KIDDING it was fantastic. So you know that VERY annoying question where do your ideas come from? – I’m not going to ask it. OK I am but really specifically. Stratus. The major reason Infernal is so annoyingly addictive so what set that off then? Are you slightly insane?

That depends on who you ask. Stratus is a character who’s been a passenger in my mind for a long time. His roots go back to a long running series of RPG campaigns a group of friends and myself played in high school. He was lost for a number of years when the reality of having to pay my own bills set in, but re-emerged a few years ago when I was helping my wife Liz brainstorm her first YA. We needed a name for a character, and his name just popped out. He didn’t make the cut for Banished, but he was back in my mind. When the idea for Infernal hit, I knew he was a perfect fit.

I’m always a little in awe of writers of Fantasy. My imaginative spider sense only really tingles when there is chocolate in the vicinity – so how do you go about building a world? One that is as vivid as it is in Infernal must take quite some planning yes? Not only the geographical sense of it but the inhabitants and their hierarchy and communities. A little insight please Mr De Jager – how many post it notes does it take to create the fantastical?

Again, this is where I owe my nerdy teenage self a massive debt of gratitude. I didn’t get anything resembling pocket money when I was growing up, so I could never afford those beautiful, shiny RPG accesories that I used to spend hours pawing in the local shop.

Neccesity is ever the mother of invention though, so I decided to make my own supplements. It started with maps of dungeons, which then became maps of the local area, and then of course I had to add notes about who lived in this town or that city, and it just became bigger and bigger. I remember more of that than I do anything I ever learned in school.

When it comes to plotting, I’m a firm believer in doing it by hand. I have at least a dozen moleskine journals full of notes for Infernal alone, some of them tabbed, and some of them so cryptic I can no longer remember what past me meant. There are post it notes everywhere too; sometimes I get an idea for something, lines of dialogue or descriptions and so on at work and need to jot it down. If I don’t, I never remember them.

Infernal also has somewhat of a road trip vibe about it and of course is a personal journey of discovery for Stratus as he attempts to find out his origins –  at the heart of all of that, the relationships he develops along the way. How did you want the group dynamic to work and did it end up exactly as you envisioned it or did things change? I have to say I’m particularly interested in the Lucien/Stratus friendship. Erm is friendship the right word?

The relationship between Stratus and Tatyana has been an important element of the story from the first draft all the way through, so I’ve been fortunate in that I’ve had the opportunity to see it evolve. It hasn’t always been easy; they’re both strong personalities, which inevitably sent some writing sessions off on a wholly unexpected tangent. Days like those were actually good though, because even though its all ‘off screen’, it made them that much more real for me.

The friendship between Lucien and Stratus was the curveball. It’s a fragile thing. Lucien’s been thrust into a role he’s never wanted, and Stratus is still trying to understand the rules of interacting with men in ways that doesn’t involve teeth or swords, so there was plenty of scope for things to go awry. They’re both coming at it with honest intentions though, and it’s that mutual, if occasionally grudging, respect that’s the glue keeping them together.

Now there are some pretty stunning and beautifully placed revelations as you head through the story (yes I’m thinking of one in particular, the one that had me swearing on a bus) so the question on that is – HOW DO YOU LIVE WITH YOURSELF leaving me with book trauma – and can you, without giving anything away, give us a small tiny hint about what might be next for our gang? I’m sure you can you know. She says. Sternly.

Well, elephant in the room notwithstanding, the war has caught up with them and, despite his mostly noble intentions, Stratus’ actions are going to have consequences he can’t run from. They’ll be getting up close and personal with the reality of the Worm Lord’s hidden agenda, and it’s not going to be pretty.

Tell us a little about the journey to get here – you wrote the book (how long did that take?) and then – how was the submission process? It can be challenging, were you one of the lucky ones or did you suffer rejection too? And what advice would you give to the next author in waiting.

The first draft took me about a year, and even though I was pretty happy with it, I didn’t look at it again for at least a month so could catch up on my reading. After that, when I went back to read it I had some perspective and could read it more objectively, without my brain whitewashing the typos and glaring omissions. I read it, had some friends read it again, made notes, read their notes, fixed things and generally worked on getting it into the best shape I could. Perhaps two months later I had the first draft in the best shape I could get it and began to think about levelling up and submitting it to a selection of agents.

About a month after sending it out I received an email from DHH requesting the full manuscript, which I sent on.  A nervewracking fortnight thereafter I sat down with them over a coffee and accepted their offer of representation. Talking to Real People about my characters was surreal!

A re-write and a few more edits ensued before it was ready to be submitted to publishers, so from the beginning to where we are now is well over two years.

Advice wise, the most important thing is to write. Don’t wait. Develop a routine, and stick to it. Even if you stare at the screen for an hour and barely write a single sentence, do it. Form the habit. And read!

Tell us about you in 6 easy soundbites

Coffee! Tea has its place and time, but coffee is nectar.

Ooh, that’s a tough one. I’d say Francis Drake, for the opportunity to live in a world of limitless possibilities and to stand on a ship’s prow and cross the line where the maps end.

Legend by David Gemmell. I re-read it every year and still get chills.

My wife, Liz. She’s a writing machine and absolutely passionate about the whole indsutry. Of course, she’ll probably kill me when she sees this.

Stratus wakes in an unfamiliar place, with nothing but the knowledge that he is not human, with no memories of his past but possessing great strength, a powerful sorcery and the burning instinct to survive at any cost.

Embarking on a journey of self-discovery, he sets out across a landscape torn apart by the ten year war between the Kingdoms of Krandin and Penullin, now reaching new levels of savagery as a dark magic drives the world to the brink of destruction.

As his personality grows with each step he slowly uncovers the truth of what he has become and the unquenchable thirst for vengeance that has led him there.

You can read my review of Infernal HERE

If you are quick you might be able to get one of THESE from the gorgeous Goldsboro.

Or you could purchase Infernal by clickety clicking right HERE 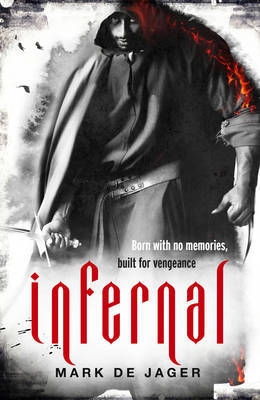