Many panels, much fun, lots to attend and I’ve been out and about (ok maybe not about so much as lying under my duvet – the wonders of technology) and have had a chat to various participants in the main events, authors and other bookish professionals, to find out a little more about what they will all be up to. A few little questions to wet the appetite.

The full line up can be found HERE but today we are hearing from Paul Burston, Erin Kelly and Emma Kavanagh. 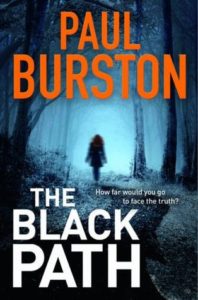 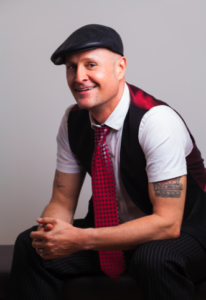 Tell us a little about your latest novel and what readers can expect from it?
The Black Path is about a young woman named Helen who suffered a major trauma as a child and is still living with the consequences. It’s a story about facing the truth and finding courage, about family secrets, love and lies.
What is the last book you read and would you recommend it?
Lie With Me by Sabine Durrant. It’s a brilliant book
What will you be doing and talking about at the Killer Women Festival?
I’ll be taking part in the Fresh Blood panel, talking about how I turned to crime and got my first crime novel published.
Who is your hero/heroine, fictional or otherwise, and why?
David Bowie. He taught me to be brave and to imagine worlds beyond my own.
Tell us two random non-bookish facts about you …
I once dived with great white sharks in South Africa. I’ve nearly died twice. These two facts are entirely unrelated. 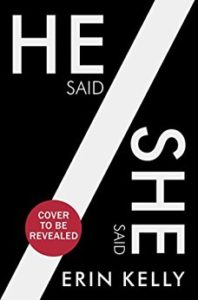 He Said/She Said – out February 2017 – is about a young couple who witness a rape during a festival. Laura is so sure about what she saw that she lies in court. After the trial, all hell breaks loose, but she can’t admit her lie, even when her life might be at stake. It’s set in the eclipse-chasing scene – a small but passionate band of people who travel the planet to witness total solar eclipses – and it’s about the big and small lies we tell ourselves, each other, and the world.

The Ha-Ha by Jennifer Dawson. It’s a semi-autobiographical novel about a young woman who was sectioned in the 1950s. I suppose it’s the British equivalent of The Bell Jar. The book I’m writing now is set in an old asylum so I’m reading everything I can about women in psychiatric care. Generally, the more accurately a book portrays madness the more hard-going it is, but this one’s really accessible with beautiful spare prose.

I’ll be teaching a workshop on how to write a killer opening. And I’m chairing a panel with four authors I love – KW’s own Paula Hawkins and Alex Marwood, SJ Watson and Louise Doughty about how it feels having your book adapted for film or TV. And I’ll be mingling with the readers – that’s the bit I’m looking forward to most of all.

Kate Bush because she never compromises, whether that’s artistically or disappearing from view for years to raise her family. I nearly combusted when I saw her live two years ago. I still don’t understand how all that creativity fits into one little head.

As a very young wannabe undercover journalist, I auditioned to be a lapdancer at Stringfellow’s for a story. I didn’t get the stripping job, but it did launch my writing career. 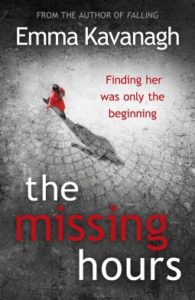 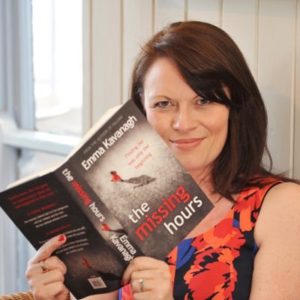 Tell us a little about your latest novel:-

I’ve just finished writing my fourth book – The Killer On The Wall. It is the story of a village that gained notoriety 20 years previously following a spate of serial murders. The murderer was eventually caught & imprisoned, but the scars of those days remain. Then the deaths begin again.

The last book I read:-

The Vanishing by Sophia Tobin. I was lucky enough to receive an advance copy of this historical thriller and I loved it. Extremely atmospheric & fabulously dark.

What will you be talking about at the killer women festival:-

Inside a killer’s head – we’ll be chatting about the psychology of those who kill, a fascinating subject, which is right up my street.

Frodo Baggins – I think the world is always in need of heroes that remind us that even the most unlikely person can do incredible things, with enough determination.

I love to swim & whenever I feel the stress building, I head straight to the pool.
My first career ambition was to be an astronaut. Don’t laugh. There’s still time!

Thanks so much to everyone for taking the time!

So many great things happening so come along if you can.