Today, along with good friend Vicky at Off The Shelf, I have a couple of the participants at this years Killer Women Festival answering three little questions to get us all in the mood. I attended two years ago and it was a criminally good day and I’m sure that it will be even better this year – taking place in October you can read all about it and buy tickets here.

First up we have Rachel Abbott – her next novel, And So It Begins, comes out with Wildfire in November – I’ve read it and I can tell you it is absolutely one of the best psychological thrillers I have read this year so look out for that one! 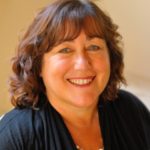 1. Which crime fiction author or novel has influenced your own writing the most?

Rebecca by Daphne du Maurier – it made me realise that it was possible to feel that murder was justified and to want the perpetrator to get away with it.

2. Have you found a particular non-fiction book to be essential to (or influence) your own writing?

I don’t have a non-fiction book but I do have a former policeman who is essential to my fact-checking!

The perfect event for would-be crime writers who also like wine!

Next up Alison Joseph – whose novella Murder Will Out was the first to feature Agatha Christie investigating, an idea I love!

1) Which crime fiction author or novel has influenced your own writing the most?

I have to admit this varies from year to year, as I keep discovering, or re-discovering, favourite novelists. I stumbled upon Josephine Tey’s Daughter of Time last week, which I hadn’t read for years, and I loved it – having the central detective stuck in a hospital bed is some trick.

I also tend to rave about the books that Agatha Christie did as Mary Westmacott. I’ve written three novellas in which Agatha appears as a central character (and solves the crime, of course), so I got to know her very well, and thereby discovered the six Westmacott novels. Some are flawed, but Absent in the Spring is a perfect novel in my view. People who think they know what Agatha is, all murder at the vicarage with Poirot being superior, will have to think again when they read this novel. It’s about a woman whose marriage is in crisis but who simply can’t see it. AND we only get her viewpoint, which means the reader somehow ends up knowing more than she does, and understanding how much she is deceiving herself. It’s very clever and emotionally very truthful.

And I have to say that I’m always very impressed by Simenon’s Maigret stories. In my own work, I’m increasingly interested in my detective being a still point at the heart of the maelstrom, and Maigret does that a thousand times better than I could ever do. Also, I love his sense of place.

But ask me next year and you’ll get a completely different list.

2. Have you found a particular non-fiction book to be essential to (or influence) your own writing?

Non-fiction is important to me, because I get obsessed with a subject and then have to find out about it for the novel. eg Dying to Know was all about particle physics. At the moment I’m reading all about 1950s ideas of genetics. Don’t ask.

A huge fun crowd sharing their love of crime fiction.

Find out more about all the Killer Women on their website, don’t forget to book your tickets!