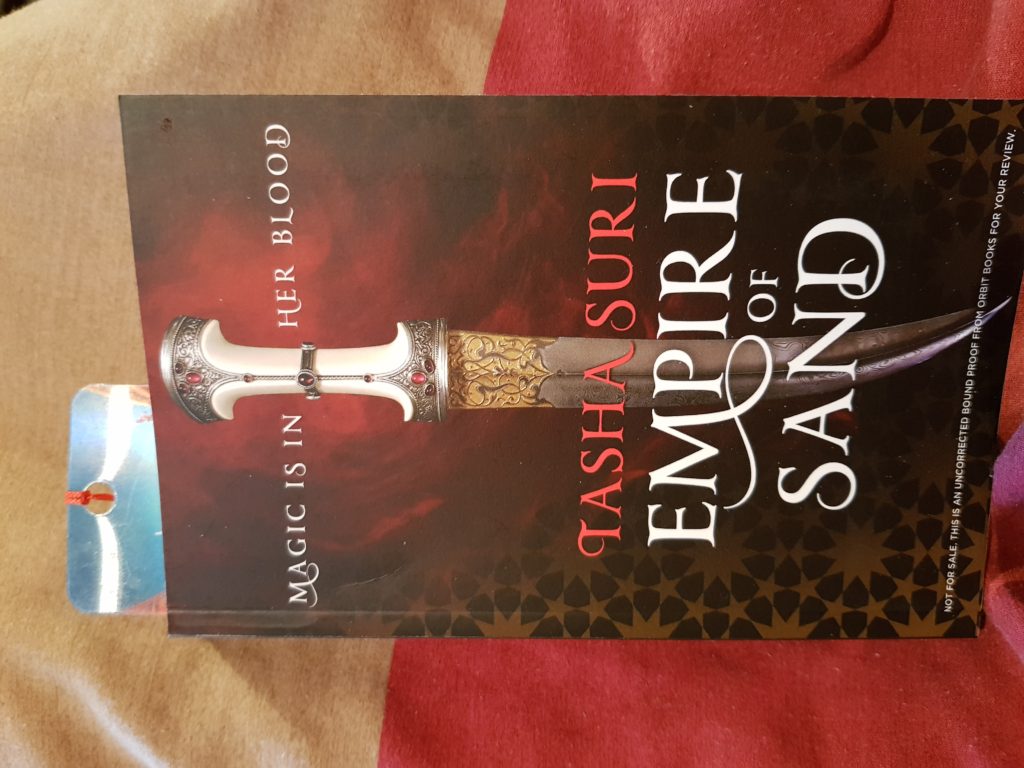 The Amrithi are outcasts; nomads descended of desert spirits, they are coveted and persecuted throughout the Empire for the power in their blood. Mehr is the illegitimate daughter of an imperial governor and an exiled Amrithi mother she can barely remember, but whose face and magic she has inherited. Unbeknownst to her, she can manipulate the dreams of the gods to alter the face of the world.

When Mehr’s power comes to the attention of the Emperor’s most feared mystics, she is coerced into their service, as they are determined to harness her magic for the glory of the Empire. She must use every ounce of will, subtlety, and power she possesses to resist the mystics’ cruel agenda — and should she fail, the gods themselves may awaken seeking vengeance…

I LOVED this and banged through it in just a few hours yesterday – an excellent and immediate piece of world building with some beautifully drawn characters and a wonderfully lilting prose that really immerses you deep into Mehr’s world of myth and magic.

Using India’s history, epics and myths as inspiration (as per author interview included with the novel) Tasha Suri creates a beautiful, dangerous and fascinating empire and takes the reader with Mehr as she is bound by the magic in her blood and enslaved by her roots. It is hugely engaging, cleverly plotted and goes down some dark paths, exploring many themes and social structures along the way.

Empire of Sand is addictive, occasionally brutal, often really quite creepy – it is pure brilliance first page to last and I have no regrets at all that I pretty much lost a day to it.

This is the kind of Fantasy I adore. Gorgeous writing, impressive description and a sense of reality running through the narrative despite the speculative setting. Pitch perfect. Can’t wait for more.

You can purchase Empire of Sand (Orbit books) Here.