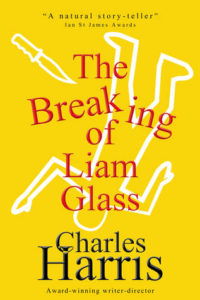 Jason Worthington, frustrated journalist, desperate to sell his soul, if only someone will buy… Andy Rockham, sleep-deprived detective constable whose one mistake could cost him his job, unless he finds someone to pin it on… Jamila Hasan, loyal politician who will lose her seat at the coming election unless she discovers a principle to stand for… …And Katrina Glass, single mother, whose only child went out to get cash and never came back… Their stories weld together on a mixed-up, mixed-race Central London estate when white teenager Liam Glass is stabbed and left in a coma. And Jason is handed a once-in-a-lifetime ticket to tabloid heaven… Not so much a Whodunnit as a blackly comic What-They-Did-After-It.

A darkly comic satire on our current human existence, The Breaking of  Liam Glass is highly topical right now in the days of “fake news” and tabloid rhetoric. When teenager Liam Glass is stabbed, afterwards lying in a coma, Jason Worthington see’s it as his chance at a break out story, going to increasingly ridiculous and occasionally dangerous lengths to ensure his headline.

This is a character led group drama, beautifully and cleverly written, encompassing all the themes of the moment – a deprived estate where an eclectic and diverse range of people live the daily monotonous life realities, the dubious morality of the British tabloid press, the yin yang of the political landscape and at the heart of it one teenager lying in a hospital bed, forgotten except for being the catalyst for all these shenanigans. It is kind of sad in places but totally authentic with a wonderfully divisive anti hero in Jason Worthington who holds the whole thing together.

Considering it is not really a mystery it is still an intensely addictive page turner, Charles Harris manages the dark humour brilliantly, never losing sight of the story he is trying to tell and keeping a firm eye on the realities of the situation. In a “ripped from the headlines” take on the way we receive our news these days, imagining what might bring us those screaming Daily Mail type front pages but focusing in firmly on the characters involved, The Breaking of Liam Glass is utterly gripping, darkly realistic and endlessly entertaining.

This novel takes on a deeper and more emotionally resonant feel after the recent Grenfell Tower disaster and indeed our recent UK election – as the blurb says this is a “What they did after it” story and the stark realism that Charles Harris brings to the narrative is ultimately thought provoking and somewhat melancholy. A story of our time, showing the dark the light and the grey in between, both entertainment and education, this one will stay with me.

Purchase The Breaking of Liam Glass 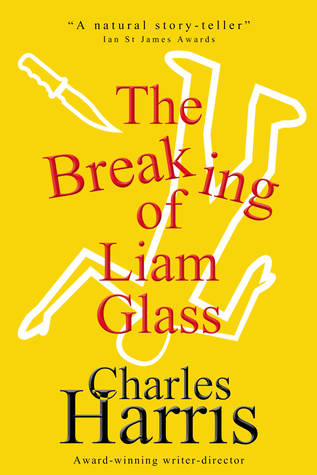 One Response to Latest Reads: The Breaking of Liam Glass Charles Harris.