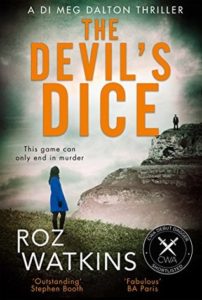 The devil is coming…

A lawyer is found dead in a Peak District cave, his face ribboned with scratches.

Amidst rumours of a local curse, DI Meg Dalton is convinced this is cold-blooded murder. There’s just one catch – chiselled into the cave wall above the body is an image of the grim reaper and the dead man’s initials, and it’s been there for over a century.

As Meg battles to solve the increasingly disturbing case, it’s clear someone knows her secrets. The murderer is playing games with Meg – and the dice are loaded…

I loved this because it was REALLY CREEPY in places and had a whole lot going for it on a whole lot of levels.

First of all Meg, our main protagonist, has a wonderful sense to her. You know ye olde flawed detective tropes, well she has flaws for sure but really engaging ones, she is also very endearing so immediately you are right there with her.

Which she would probably be grateful for as she investigates some suspicious deaths and gets all caught up with an ancient curse. One of the huge strengths of this novel was the beautifully described settings, haunting and bleak, the tension is palpable throughout much of the narrative but Roz Watkins manages to lighten the mood with some randomly funny moments too, also down to the strong and layered character we are following along with.

It is an intriguing mystery – kind of old school in the sense of it, with some beautifully done twists and turns and an unexpected and edgy resolution – so there’s that too.

The relationships between Meg and the “supporting cast” are beautifully done as well, a really compelling start to a new series, laying the groundwork for us readers, I’m dying to know what happens next with Meg in several of the strands left unresolved.

This particular mystery is done but I’m sure there will be consequences, this means that you’ll be eager for the next instalment and this one will stay with you.

Also – just saying – I’m not going in any caves. Or any houses on the edge of cliffs. Or actually leaving my house at all for a while.

Plus I may not play any games involving dice…

Yes. Good then. Let’s have more Meg Dalton as soon as possible. 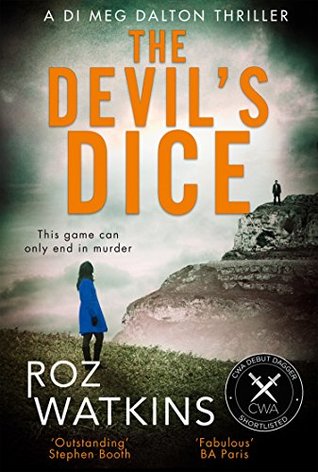