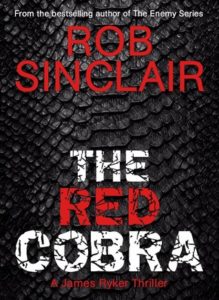 Carl Logan dedicated nearly twenty years of his life to the Joint Intelligence Agency. Now living in a secret location, under the new identify of James Ryker, he wants nothing more than to be left alone, the chance to start a new life away from chaos, violence, destruction and deceit.

It’s not long, however, before Ryker’s short-lived idyll is destroyed when he is tracked down by Peter Winter, his ex-boss at the JIA. Winter brings with him news of the murder of a woman in Spain, Kim Walker, whose fingerprints match those of one of Ryker’s former adversaries who’s been missing presumed dead for years – an infamous female assassin known as the Red Cobra.

A cyberattack at the JIA led to the Red Cobra’s profile being compromised, and Winter believes JIA agents may now be at risk too, Ryker included. But Ryker knew the elusive Red Cobra better than anyone, and when he sees the grisly pictures of Kim Walker’s corpse, he has news for Winter – she isn’t the assassin at all …

So just who is the mystery dead woman? And where is the real Red Cobra?

Red Cobra is a fast paced, snappy thriller of the kind that I’ve come to expect from this author – one of those again I read in one sitting (well 2 if you count school run bang in the middle, rock and roll lifestyle) I love a good action thriller and this does exactly what it says on the tin. And then some.

This is a spin off from The Enemy Series and sees the return of Carl Logan, albeit under an assumed name, and features female assassin, the Red Cobra of the title – who is entirely fascinating and who I engaged with hugely, I do love a good kick ass woman in a novel, one who takes no prisoners and boogies to the beat of her own drum. So to speak. Especially when they are villains who you love to hate to love.

The plotting is taut and clever, the past/present vibe works brilliantly and Rob Sinclair walks the line between edge of the seat thrills and considered character development beautifully. Twisting and turning the story all the way through it is utterly gripping and totally immersive.

Best yet I’d say. Reading escapism of the best kind. Don’t think about it. Just do it. 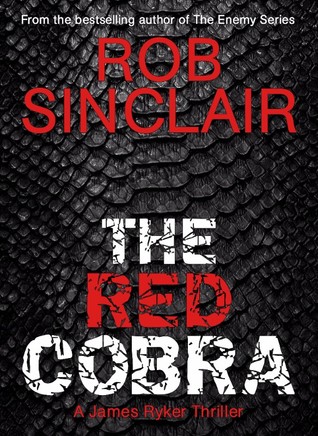