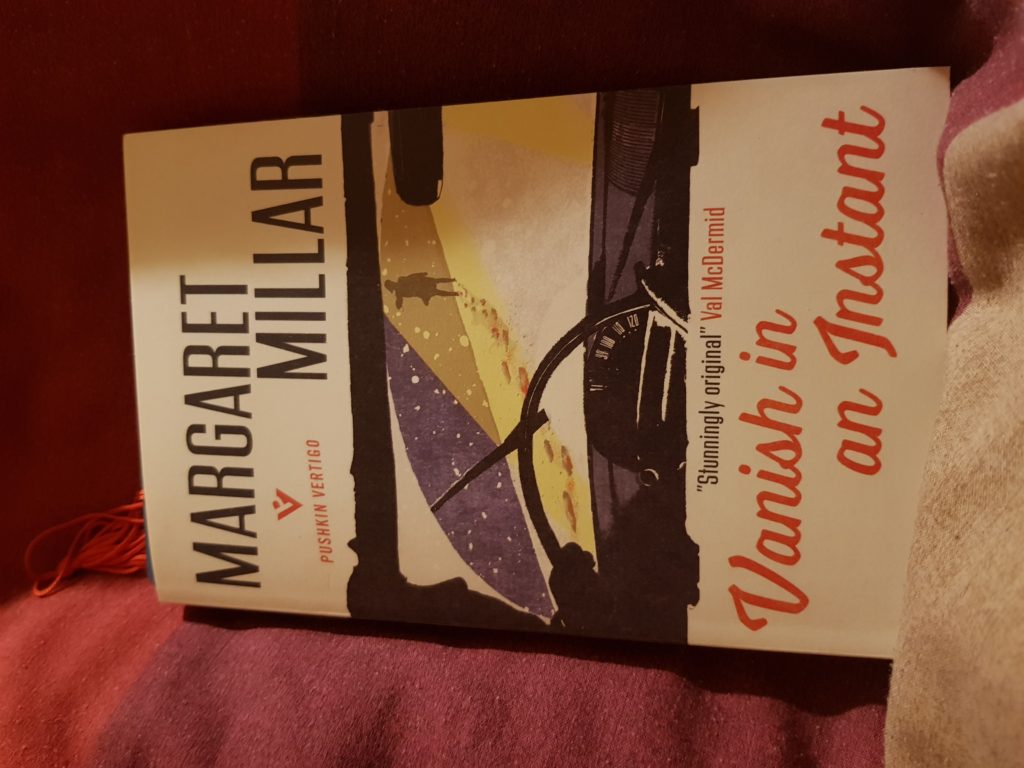 Virginia Barkeley is a nice, well brought-up girl. So what is she doing wandering through a snow storm in the middle of the night, blind drunk and covered in someone else’s blood?

When Claude Margolis’ body is found a quarter of a mile away with half-a-dozen stab wounds to the neck, suddenly Virginia doesn’t seem such a nice girl after all. Her only hope is Meecham, the cynical small-town lawyer hired as her defence. But how can he believe in Virginia’s innocence when even she can’t be sure what happened that night? And when the answer seems to fall into his lap, why won’t he just walk away?

Loved this. Loved the atmosphere and the old school storytelling, the fact of when it was written and set meaning that the usual crime cliches such as out of juice mobile phones and sudden lack of signal cannot be a driving force.

Instead Meecham, lawyer and thinker, follows the clues laid out with the benefit of only his wit and his own two feet. Drawn into a murder case, even when his part is done, still he goes after the truth.

This is a slow burn mystery that felt like watching a black and white movie, the dialogue, the background, the characters, all quirky and quietly observant. A twisty path to a Poirot worthy conclusion, Margaret Millar, like Christie, is masterful at misdirection.

They really don’t write them like they used to.

You can purchase Vanish In An Instant (Pushkin) Here.

One Response to Latest Reads: Vanish in an Instant Margaret Millar