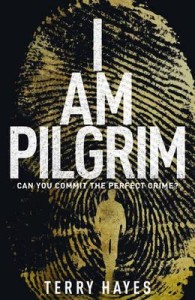 The buzz in the book world was huge about this one – so I have to say I did approach it with some trepidation. Occasionally books that receive a lot of hype can be disappointing but that is absolutely not the case here. For me personally it more than lived up to the hype  – in fact I would say its probably one of the best books I have ever read for sheer scope and scale – and also simply as one of those books you cannot put down no matter how hard you try! A review will follow shortly but first, lets find out a bit more about the author and the journey…. 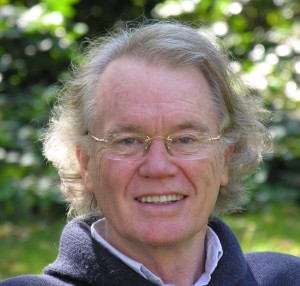 Terry trained as a journalist working on broadsheet newspapers and producing a national current affairs radio programme in Australia before turning to screenwriting.

With George Miller, he wrote the screenplay for Road Warrior/Mad Max 2 (which I loved!) He co-produced and wrote Dead Calm, Mad Max Beyond Thunderdome and a large number of TV movies and mini-series – including Bodyline and Bangkok Hilton – two of which received international Emmy nominations. A personal note, Bangkok Hilton is an amazing mini series about drug smuggling abroad and the consequences of being caught with drugs in certain countries. I would highly recommend watching this if you have not done so already! It still stands up today for me as one of the best series I have watched.

He has won over twenty film or television awards. Further credits include Payback with Mel Gibson, From Hell, starring Johnny Depp, and Vertical Limit with Chris O’Donnell. He has also done un-credited writing on a host of other movies including Reign of Fire, Cliffhanger and Flightplan, starring Jodie Foster.

Its hardly surprising considering the sheer depth of experience then that Mr Hayes has written a masterful thriller…..

Pilgrim is the codename for a man who doesn’t exist. The adopted son of a wealthy American family, he once headed up a secret espionage unit for US intelligence. Before he disappeared into anonymous retirement, he wrote the definitive book on forensic criminal investigation.
But that book will come back to haunt him. It will help NYPD detective Ben Bradley track him down. And it will take him to a rundown New York hotel room where the body of a woman is found facedown in a bath of acid, her features erased, her teeth missing, her fingerprints gone. It is a textbook murder – and Pilgrim wrote the book.
What begins as an unusual and challenging investigation will become a terrifying race-against-time to save America from oblivion. Pilgrim will have to make a journey from a public beheading in Mecca to a deserted ruins on the Turkish coast via a Nazi death camp in Alsace and the barren wilderness of the Hindu Kush in search of the faceless man who would commit an appalling act of mass murder in the name of his God.

In some ways this may end up being a fairly simplistic review in comparison to others I have read about this wonderful novel. However for me, this book was very much about the journey I found within its pages – hooked from the very first paragraph I barely looked out on the world again until I was done. For me, as a book lover, blogger and a person who just wants to send your way the very best stories I find out there, this says more than any in depth critique of “I am Pilgrim” could achieve. I do have more to say of course – but that is the long and the short of it fellow readers.

Firstly, what struck me when I received my copy was the sheer size of the book. That excited me – nowadays its rare to find a book that can hold your attention over so many pages – authors don’t tend to write them. Now of course, there is nothing wrong with a book of any size as long as you ENJOY it but I have always been a lover of stories that perhaps give you that little bit more. Its difficult to achieve but Terry Hayes has done so. There is a reason why “The Stand” by Stephen King is still my number 1 book of all time – it, like Pilgrim, is an absorbing, exciting, heart stopping tale with heart that doesnt end in a flash but gives you greater insight and a longer period of time over which to enjoy it. If you, like me, appreciate that sort of thing then this book is definitely for you.

Following “Pilgrim” on his journey was without doubt one of my favourite reading experiences ever. The sheer scale of the story will astound you – as you learn about his background, the things he achieved or perhaps didnt, you will be enthralled and totally caught up in the moment. I have seen reviewers say that it was obviously written with an eye to a blockbuster movie – well I can see their point, especially given the author’s background – but actually I disagree. Its all about the story….written in a way that will keep you READING – it wasnt until I was done with it that I cast it in my head (yes, yes I do that with everything!) during the actual time spent within its pages, a movie was the last thing on my mind. Starting off as a murder mystery it turns into something else altogether – a chase across continents to stop an atrocity and to catch an evil man. Part crime mystery, mostly enthralling spy thriller with an opponent the like of which you may think y0u’ve seen before but havent – its heart stoppingly good. Not since Nelson De Mille’s “The Lion” who appeared in some of the John Corey books will you find a “terrorist” as intriguing as this one. And just as intriguing is the man trying to catch him…a man I still don’t truly know.

Its clever. Its exciting. It is never dull and always unexpected. It has more than one story – you will get an awful lot for your money here. Apart from that I say nothing. If you want an in depth plot analysis you will need to look elsewhere – it won’t be hard, this book has touched many – I will end by saying that this is a must read for anyone who simply loves books. And reading. And finding those stories that will always stay with you and you will read again. Will it knock any of my “top ten reads of all time” down a space on my list? Well you’ll have to wait and see. My Top Ten Books is a blogpost that will appear later in the year!