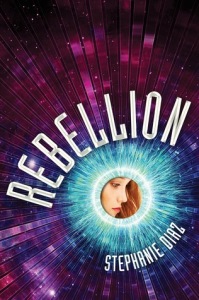 It’s been seven days since Clementine and Logan, along with their allies, retreated into hiding on the Surface. The rebels may have won one battle against Commander Charlie, but the fight is far from finished. He has vowed to find a way to win—no matter the cost. Do the rebels have what it takes to defeat him…and put an end to this war?

So I was a HUGE fan of the first book in this series, “Extraction”, because for me it had everything you want from a YA Dystopian tale but managed to avoid so many of the cliches. It was just a thoroughly enjoyable read with some great characters and an intriguing and wonderfully addictive plot.

With “Rebellion” Ms Diaz has upped the ante quite substantially – after the adrenalin rush of battle at the end of Book One we find Clem and Logan hiding on the surface and preparing for the bigger battles to come…whilst in the core Commander Charlie has begun to put into action a truly horrific plan..

There is plenty of action to be had here, some extension of the world building, some terrific character development that builds up the tension nicely and keeps you right in the heart of things..a few little twists and turns to keep you on your toes and a beautifully evil villain in Commander Charlie who I’m actually rather fond of. He is just so addictively bad, but you get the impression that he truly believes everything he does is for the best. Even when what he does is mind control and blowing stuff up. But I mean you can’t beat a bit of blowing stuff up really can you? Even the good guys are not adverse to a little of that…

The story fairly races along, not a lot of time to draw breath, as Clem is thrust back into the thrill of the fight and attempts to untangle the lies from the truth. Her loyalties are tested, she is faced with some difficult choices and something is coming that may make things even worse…

I do adore Clem as a leading lady – she is brave and resilient yes, but also often a bit of a clutz and doesnt always make the best decisions. Her love for Logan can cloud her judgement and certainly for her, he comes first. The lack of the rather overdone trope of a love triangle works so well here, it is Clem and Logan, has been from the start and you don’t get tied up in knots with endless breathless asides about which boy might be “the one”. It is one of the reasons that for this reader, the Extraction series is a cut above. That relationship is solid, and yes things come between them but ultimately they are the heart and soul of the story.

There are plenty of supporting characters, all very well drawn, the rebels and the “bad” guys all having an eclectic mix of personalities, often not quite what they appear, this keeps things interesting. The story never loses cohesion or gets messy, it is often strangely realistic even though you are reading fantasy.

The ending was beautifully annoying, a perfect set up for the next tale where things are definitely going to change. Whether that is for the better or worse for Clem, Logan, et al remains to be seen. But whatever happens next I’m going to be right there with them for sure…

Highly Recommended for fans of YA Dystopia. 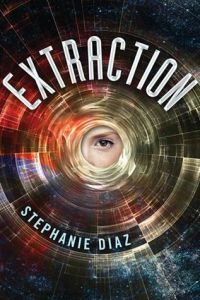