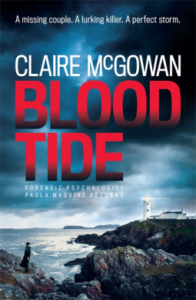 Called in to investigate the disappearance of a young couple during a violent storm, Paula Maguire, forensic psychologist, has mixed feelings about going back to Bone Island. Her last family holiday as a child was spent on its beautiful, remote beaches and returning brings back haunting memories of her long-lost mother.

It soon becomes clear that outsiders aren’t welcome on the island, and with no choice but to investigate the local community, Paula soon suspects foul play, realising that the islanders are hiding secrets from her, and each other.

With another storm fast approaching, Paula is faced with a choice. Leave alive or risk being trapped with a killer on an inescapable island, as the blood tide rushes in...

Its probably not a surprise to many people that I am a HUGE fan of this series from Claire McGowan, I’ve always thought it was one of the top UK crime series and with Blood Tide that has just pretty much been confirmed for me.

The beauty is in the mix of personal and professional – each separate mystery for Forensic Psychologist Paula Maguire is entirely compelling and complete but each novel takes Paula further on a very personal journey, searching for her missing mother and trying to sort out a tangled set of relationships. Now here she is with a young child, a partner in jail and about to be thrown into a bit of a horror story – yes folks, Claire McGowan is channelling Stephen King and doing it with a touch of genius.

A couple have gone missing on an island – the islanders are used to being cut off from civilisation – Paula not so much. When things take a turn for the macabre she is stuck, without back up, a storm brewing and a killer watching her every move…

Blood Tide was both thrilling, chilling and utterly immersive – interspersing scenes on the island with little gems of information on what is going on elsewhere in Paula’s life – you are thrown from one to the other, both strands totally gripping, leading to a spot on edge of the seat finale that had me pulling clumps of hair out. Then of course this author is STILL not done with you as she sets Paula up for the next stage of this journey..

Once again Claire McGowan speaks to the history, the troubles, in a way that genuinely educates readers like me who remember those times but in a vague I was young then sort of way – really bringing the aftermath and the effects of it to stunning brutal life – from the very first novel Paula has had this in her past, with a need to understand how it has affected her family. As ever this layer is incredibly emotive.

It is so beautifully done, you are in it all the way, Paula is still one of the most compelling female protagonists in Crime Fiction and is surrounded by a stellar supporting cast all of whom have you chasing the next part of their story. The Blood Tide is coming and the Island scenes are SCARY truly creepy insidious stuff, the parts of this novel I read when it was dark outside had me glancing around nervously – WHY DOES THE BOILER ALWAYS MAKE THAT NOISE WHEN I’M ALREADY JUMPY – one of life’s little mysteries. *Dives under duvet in case it is actually an axe murderer*

Genuinely clever, beautifully written and best of all not at all predictable when it comes to what might happen to our beloved crew, I will miss  Paula when her story is done. One can hope for happy endings but folks this ain’t no fairy tale… 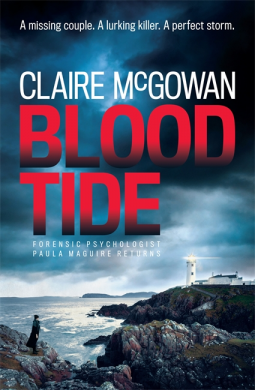