Natchez Burning by Greg Iles. Worth every MINUTE of the wait. 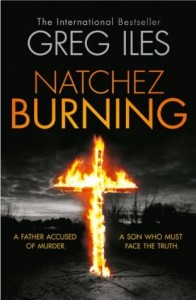 To be Published 13th March by Harper Collins

Thank you THANK YOU to Kate and Bob at Killer Reads for the advance copy. Probably THE best book post I have ever had.

Penn Cage is facing a son’s worst nightmare – having his father stand accused of murder. Worse, each effort to defend the legendary Dr Tom Cage unearths new, shocking secrets, leaving Penn to question whether he ever really knew his father at all.

So for those of you who have not read the previous Penn Cage novels from Greg Iles (the first being “The Quiet Game” ) I would encourage you to do so, however you CAN start here – the first part of a planned trilogy featuring the character, as there is enough information for a new reader without actually spoiling the previous books.