Nick Quantrill on Hull…City of Culture 2017. 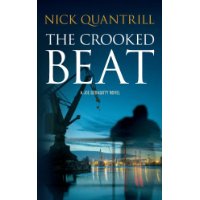 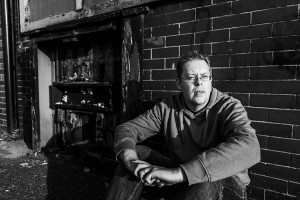 So when Hull was announced as the next City of Culture, I asked all round nice guy and terrific author Nick Quantrill, who hails from said City, if he would like to write me a short piece on Hull and his feelings about it. And so here is what he had to say.

From Crap Town to City of Culture (by Nick Quantrill)

Hull, 2017 UK City of Culture? Maybe people outside of the city were surprised that Hull had beaten off stiff competition from the three other short-listed cities when the announcement was made, but there had certainly been a growing sense within the place that its time had come, that it was ready to come out of the shadows. But how does a place becomes that ten years ago was named the worst place to live in 2003’s “Crap Towns” book?

The answer is no doubt complex and elusive, but the Hull of 2003 had taken more than its share of kickings. Hitler had done his best to obliterate the unnamed “northern coastal town” during World War Two, government policy had killed off the fishing industry and its children were either failing exams or falling pregnant.

The first change was physical. Jutting out like a shark’s fin over the water, The Deep, was freshly open and gaining a reputation for being one of the world’s most spectacular aquariums. Similarly, after years in the doldrums, Hull City AFC moved into a new stadium and started their march to the summit of English football, both venues killing the ‘nothing ever happens here’ school of thought stone-dead.

Similarly, things were happening in the city’s artistic scene, with aspirations being raised. A new, purpose built home for Hull Truck, the city’s premier arts space and the reimaging of the merchant warehouses in the Fruit Market as well the online space, http://www.thisisull.com/ , offered a platform to artists. It was an opportunity grabbed eagerly by a grassroots scene; novelists, poets, playwrights, spoken word performers, all marching to their own beat and benefitting from the city’s end of line isolation on the east coast, leading to a certain ‘otherness’ feel to the work.

In 2009, Hull made its first bid to be UK City of Culture, but failed to make the shortlist which eventually saw Derry-Londonderry emerge victorious. Why didn’t Hull win? In truth, it wasn’t ready. The sense of change was tangible, but the city hadn’t yet worked out how to use culture in a wider context.

The Freedom Festival, which takes the legacy of slavery abolitionist, William Wilberforce, emerged as an arts festival designed to celebrate the concept of freedom and what it means in the present day. Building on that, in 2010 the city launched its Larkin 25 celebrations. A city-wide trail of ‘Larkin Toads’ sculptures was devised, all decorated by local businesses and community groups. You don’t need to know much about the man to realise his undoubted legacy comes with baggage, but the toads were a hit with residents, with many families spending weekends spotting them and enjoying Larkin’s poetry at each stop. The city had found a way to use culture as a tool to engage with a wider audience and explore what makes Hull what it is.

Hull has slowly found its voice and purpose. No longer are we just that place at the end of the line, unwilling to shout proudly about who we are. There’s an artistic presence in the city that demands attention and has the capacity to deliver. Hull has never been the barren wasteland many people assumed it was, but what it hasn’t had before is a narrative framework for making sense of what it has to offer. This is falling into place, so the challenge is to create a lasting legacy and inspire more artistic expression. Come now or come in 2017, but you’ll find a vibrant city already delivering high quality culture. As the bid film says, “this city belongs to everyone”.

Thank you so much Nick.