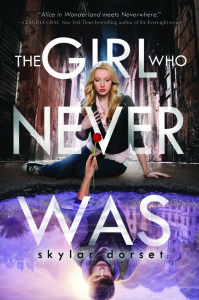 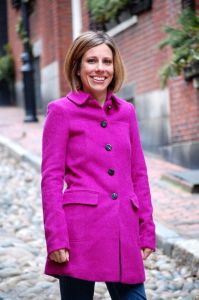 The Otherworld series – a set of books I have on my reading list, look fabulous and today I’m pleased to share some information with you all about the books as part of the Otherworld Virtual Tour.

SKYLAR DORSET grew up in Rhode Island (where she still lives), graduated from Boston College and Harvard Law School, and has lived in Louisiana, Mississippi, and Washington, D.C. But she actually spends most of her time living with the characters in her head. She hopes that doesn’t make her sound too crazy.

THE GIRL WHO NEVER WAS is the story of Selkie Stewart, who thinks she’s a totally normal teenager growing up in Boston. Sure, her father is in an insane asylum, her mother left her on his doorstep—literally—when she was a baby, and she’s being raised by two ancient aunts who spend their time hunting gnomes in their Beacon Hill townhouse. But other than that her life is totally normal! She’s got an adventurous best friend who’s always got her back and an unrequited crush on an older boy named Ben. Just like any other teenager, right?

When Selkie goes in search of the mother she’s never known, she gets more than she bargained for. It turns out that her mother is faerie royalty, which would make Selkie a faerie princess—except for the part where her father is an ogre, which makes her only half of anything. Even more confusing, there’s a prophecy that Selkie is going to destroy the tyrannical Seelie Court, which is why her mother actually wants to kill her. Selkie has been kept hidden all her life by her adoring aunts, with the help of a Salem wizard named Will. And Ben. Because the boy she thinks she’s in love with turns out to be a faerie whose enchantment has kept her alive, but also kept her in the dark about her own life.

Now, with enchantments dissolved and prophecies swinging into action, Selkie finds herself on a series of mad quests to save the people she’s always loved and a life she’s learning to love. But in a supernatural world of increasingly complex alliances and distressingly complicated deceptions, it’s so hard to know who to trust. Does her mother really wish to kill her? Would Will sacrifice her for the sake of the prophecy? And does Ben really love her or is it all an elaborate ruse? In order to survive, Selkie realizes that the key is learning—and accepting—who she really is.

This is not your average trip to Fairyland…

Selkie Stewart has just saved her quasi-boyfriend, Ben, from a fairy prison run by the Seelie Court. If they weren’t the two most-wanted individuals in the Otherworld before, they definitely are now. Along with Ben and the rest of their ragtag group of allies-Selkie’s ogre aunts; a wizard named Will; Ben’s cousin Safford; and Kelsey, Selkie’s best friend-Selkie is ready to embrace her destiny and bring the Court down. Until she hears the rest of her prophecy: Benedict le Fay will betray you, and then he will die. 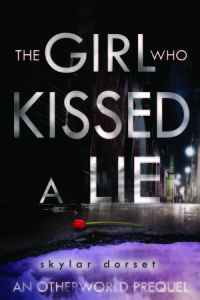 Prequel to the exciting summer debut of The Girl Who Never Was. Before the enchantment breaks, Selkie thinks she’s just an average teenage girl…

It’s the beginning of summer vacation, and everyone at Selkie Stewart’s Boston high school is excited. Except for Selkie, who sees herself standing at the edge of an abyss of Nothing To Do. Selkie doesn’t want to spend her summer scouring the kitchen for gnomes with her crazy aunts or mooning over the enigmatic boy on Boston Common. So instead Selkie goes in search of a job. What she finds is a new best friend, a cute boy who might be more than he seems, and even more question about her mother and her past – and a sense that Selkie’s adventures are just beginning. 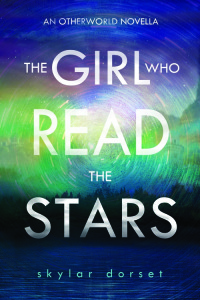 Set after Skylar Dorset’s debut The Girl Who Never Was and before the thrilling conclusion to her Otherworld duology, The Boy With the Hidden Name, this novella is told from the perspective of Merrow, the Fay of the Summer Equinox.

Merrow could tell is was going to be a good school year because Jupiter was moving into her constellation. Merrow read the stars…well, sometimes she got a feeling anyway. The stars were always dancing – they were difficult to understand. And then there was Trow. He was a new boy at school and Merrow got a feeling… Which is weird because she’s never minded being on her own before. (She wasn’t exactly popular.) But there was something about Trow. And a prophecy and fate and danger and love – if only the stars would hold still.