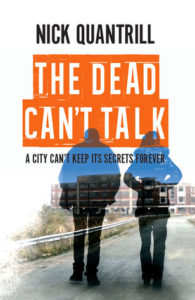 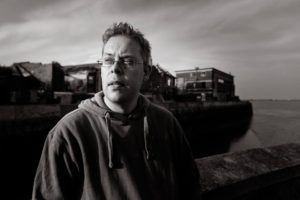 To celebrate the release of “The Dead Can’t Talk” the lovely Nick Quantrill has been talking to various bloggers about various things. Today I’m delighted its my turn as he tells us all about Hull and its crime writers…

Hull and its crime writers (by Nick Quantrill)

When talking about the writers who inspire me and have an influence on my work, I tend to fall back on certain perennial favourites. I point to Michael Connelly for combining a brilliant protagonist within the framework of international bestsellers, Lee Child for his sheer page-turning plots and pace, Elmore Leonard for his amazing dialogue and Ian Rankin for making his setting of Edinburgh a character in its own right. The list goes on…

But I also need to acknowledge the debt I owe my home city of Hull. There’s no doubting it’s a place that marches to its own beat, found at the end of the line (or beginning of it, if you prefer). You don’t pass through Hull, you need a reason to visit, and I think that makes it a little different to other places. If that makes it the kind of place which gets overlooked, so be it. Times are changing, and as the City of Culture team say, it’s “all back to ours in 2017”. If you don’t know much about Hull, chances are you don’t know it has such a rich line of crime writers.

Best known for his novel, “Jack’s Return Home” (filmed as “Get Carter”), Hull played a major part in the story of Ted Lewis. Lewis was brought up in the Humber area and studied at Hull Art College. Rather than being set in Newcastle like its cinematic equivalent, the novel is set in part around the banks of the Humber. “Plender”, Lewis’s 1971 novel is set in Hull and has been subsequently filmed as “Le Serpent” in 2007, cementing his position as one of the genre’s modern forefathers.

If you only know one contemporary Hull crime writer, it’s likely to be David Mark. David’s an outsider (see, we do let people in…) and his DS McAvoy series is proving hugely popular with readers around the world. In a previous life, David was a journalist working the city’s crime beat and that gives him an understanding few crime writers can match. The list goes on. Robert Edric dragged the city into the 21st century with a well-received trilogy featuring Leo Rivers. Since then, we’ve seen accomplished novels that use the city from Russ Litten (“Swear Down”), Nick Triplow (“Frank’s Wild Years”) and Cathi Unsworth (“The Singer”). And that’s only scratching the surface. Son of the city, David Young, is tasting success with his debut set in 1970’s Berlin and Louise Beech will be following up her fantastic debut with a psychological thriller.

Amongst all this, I hope I’ve offered something to the vibrant crime writing scene, too. My new novel, “The Dead Can’t Talk”, is a fresh start for me after a trilogy of Private Investigator novels. It features Anna Stone, a disillusioned police officer, and Luke Carver, a former Army drifter forced together by circumstance in relation to her sister’s disappearance. It’s a story that leads from the downtrodden to the powerful. It’s a story set in an isolated city and becomes a giant locked room mystery. From heavy industry and its past as a major fishing port, it’s a place with new beginnings coming into focus via the well-earned 2017 UK City of Culture status. It’s a city with plenty more stories to tell and an appetite for even more crime writers.

How far will Anna Stone, a disillusioned police officer on the brink of leaving her job, go to uncover the truth about her sister’s disappearance? Approached by Luke Carver, an ex-Army drifter she’s previously sent to prison, he claims to have information which will help her. As the trail leads from Hull and the Humber’s desperate and downtrodden to its great and good, an unsolved murder 25 years ago places their lives in danger, leaving Stone to decide if she can really trust a man who has his own reasons for helping.

“The Dead Can’t Talk” Can be purchased HERE