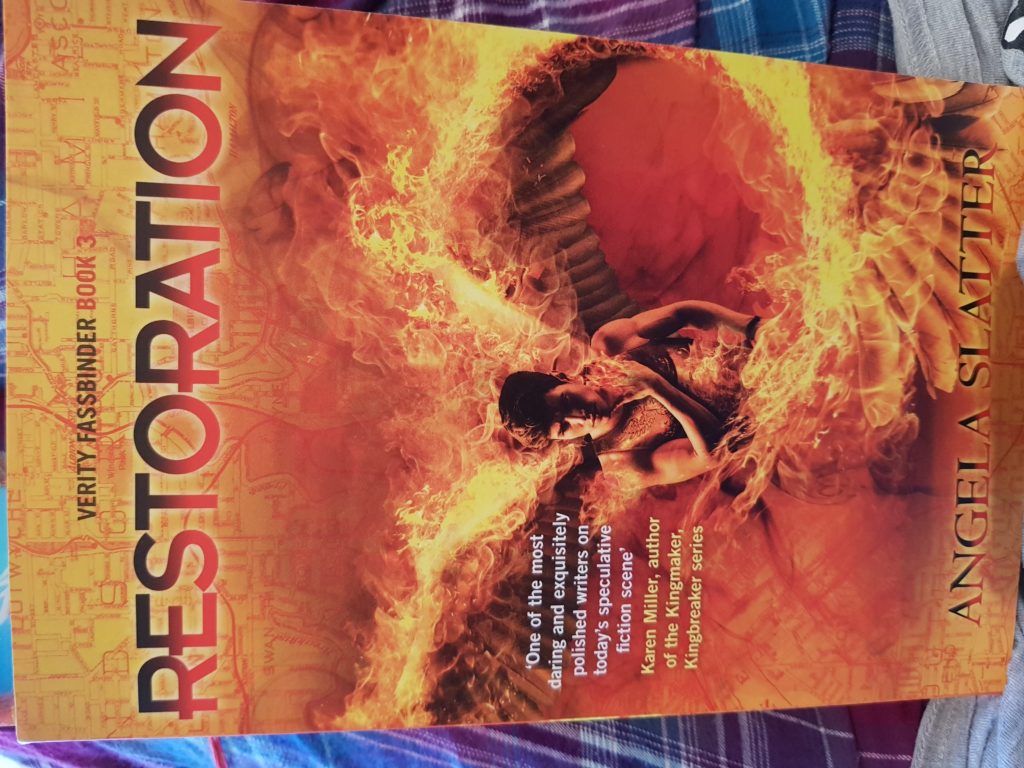 Walking between the worlds has always been dangerous – but this time V’s facing the loss of all she holds dear.

Verity Fassbinder thought no boss could be worse than her perfectionist ex-boyfriend – until she grudgingly agreed to work for a psychotic fallen angel. And dealing with a career change not entirely of her own choosing is doing nothing to improve V’s already fractious temper. The angel is a jealous – and violent – employer, so she’s quit working for the Weyrd Council and sent her family away, for their own safety. Instead of indulging in domestic bliss, she’s got to play BFFs with the angel’s little spy, Joyce the kitsune assassin . . . and Joyce comes with her own murderous problems.

The angel has tasked V with finding two lost treasures, which would be hard enough even without a vengeful Dusana Nadasy on her heels. And Inspector McIntyre won’t stop calling: the bodies of Normal women who disappeared decades before are turning up, apparently subjected to Weyrd magics. Angelic demands or not, this isn’t something she can walk away from.

And the angel is getting impatient for results . . .

This series has been immense and Restoration lives up to the rest and raises the game. I loved it, fast, clever and beautifully imaginative.

Verity Fassbinder is edgy, witty, incredibly engaging, now dealing with a psychotic Angel and a new and rather erratic sidekick. Her family in hiding she’ll do everything she can to bring them back together but as usual a wave of destruction will follow in more ways than one.

The world Angela Slatter has built here is so immersive, feels very real and both the setting and the characters pop. Vivid, magical and with more mayhem than you can shake a stick at, Restoration is addictive, beautifully written and, as usual, darkly comic throughout.

One of my favourite urban fantasy series. Read the entire trilogy and prepare to be entertained. You won’t be disappointed. 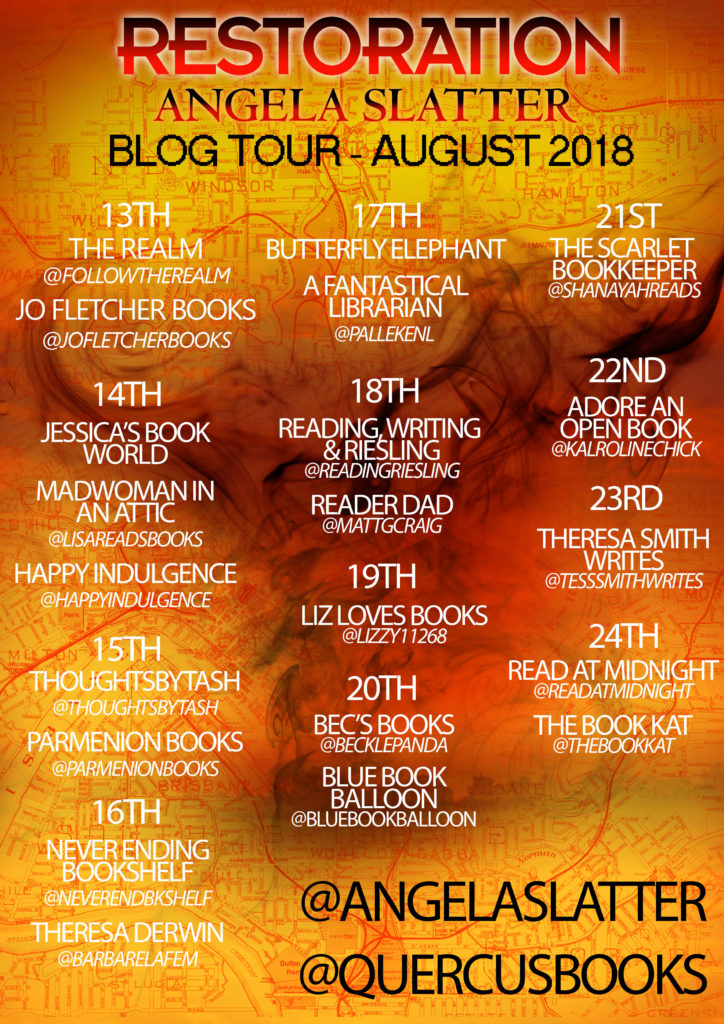