Strange Jobs authors have done with James Carol. The Kiss Me Kill Me Blog Tour 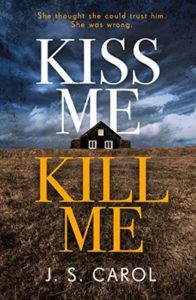 Today I am very happy to welcome James to Liz Loves Books talking about strange jobs authors have done! Excellent. Over to you then James…

One of the first things I do when I pick up a book is read the author bio. Back in the golden days of hardbacks this could be found on the inside of the cover flap (along with a photograph that would probably rank up there with passport photos in terms of sheer embarrassment). With paperbacks the bio had graduated to the front page of the book. You need to hunt around with eBooks but rest assured it will be in there somewhere.

A lot of journalists seem to make the leap to writing novels. It’s easy to see why. For starters there are a number of transferable skills: writing to a deadline, editing, using a word processor, the fact that you’re trading one form of fiction for another. I’ve got journalist on my CV. My first proper job after leaving school was as a reporter for the now defunct Marlborough Times. That was an interesting place to work. The place seemed to attract misfits. The photographer had one arm and drove everywhere like a maniac, one of the other journalists was a full-on goth, and the editor flew planes and ran the place like it was still the glory days of print. At the time I had hair halfway down my back and a leather biker jacket, so I fitted in just fine.

A lot of teachers seem to make the leap as well, and yes I have that one on my CV too. For the last twenty-five years I’ve been a guitar tutor. Twenty-five years! How the hell did that happen? I’ve also taught horse-riding, which tends to raise a few eyebrows since I don’t look much like your stereotypical riding instructor.

Which brings me neatly on to my real fascination with author bios, because what I’m actually interested in are the strange jobs that writers have done, those weird and wonderful occupations that make you look twice. As a breed, authors tend to veer towards the eccentric end of the spectrum and this shows in some of the jobs they’ve done. Some of my favourites include: English tutor in a Japanese junior high school, oil rig worker, voiceover artist, exotic dancer. Top of the list, though, is mobile library truck driver. In case you’re wondering, that last one was GX Todd (if you haven’t read Defender, do so immediately; it’s awesome). Now I’ve met Gemma a couple of times, and I’ve got to tell you I just don’t see her behind the wheel of a 35 foot library van.

I’ve got a couple of oddities on my CV. I spent most of my twenties working as a musician. The poverty aside, this was a whole lot of fun. Believe me, there are a few tales I could tell, but that’s one for another day. I also worked as a roadie for Vanilla Ice and Gary Moore when they came to town. Hands up who remembers Vanilla Ice.

The one thing all writers have in common is that they have novelist on their CVs, and surely that has to be one of the oddest jobs in the universe. To start with you spend your days communing with the voices in your head. Anyone else doing that would be locked up in a padded room and pumped full of drugs. Maybe there’s a reason we wind our way to writing via the weird and the wonderful. What better preparation could there be?

She thought she could trust him. She was wrong . . .

When Zoe meets Dan she can’t believe her luck. He’s all she is looking for in a man – intelligent, charming, stable, supportive.
Until they’re married.
Then Zoe realises that Dan is controlling, aggressive, paranoid.
And there’s no way out.

When Zoe discovers that she’s pregnant, she realises that the only way she can keep her baby is to leave Dan.
But that’s harder than you think.
He found her once before, and she knows he can find her again.
But Dan has plans of his own – plans that don’t necessarily include Zoe.

But then, even the best laid plans often go awry, and you really need to be careful about who you trust . .

You can purchase Kiss Me Kill Me Here. 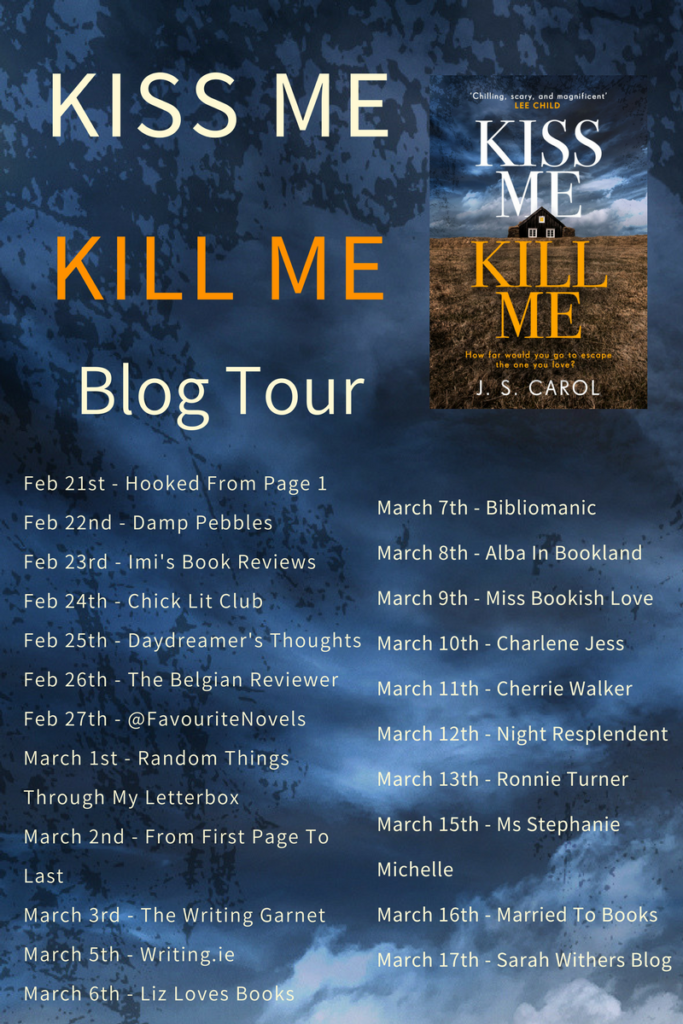 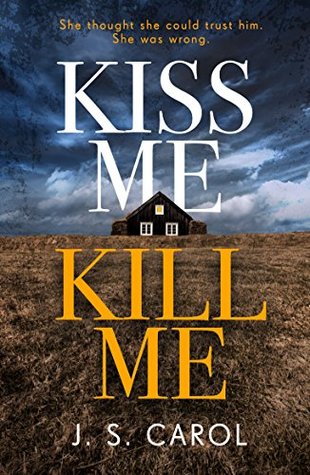