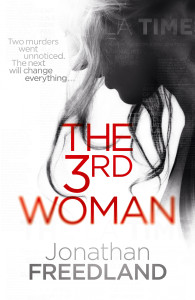 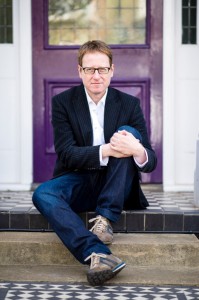 Today I am absolutely delighted to kick off the blog tour for this novel –  you will see a full review from me any day now but at the moment I am about a third of the way through (appropriately) The 3rd Woman. I can tell you now that this is going to be one of my favourite thrillers of the year. The political landscape that Mr Freedland has imagined here is simply brilliant and totally absorbing. Added to that he has created some truly intriguing and intelligent characters and wrapped it all up in a beautifully strung together parcel of addictive reading material. I have no doubt that when I get to the end I shall be blathering on about it endlessly to anyone that will listen. Yes it is one of THOSE books.

And as if by magic, to back up my words, here is an extract to wet your appetite….

Maddy had been up for twenty hours; all she was asking for was a few hours’ rest. Even a few minutes. She closed her eyes.

Something like sleep came, the jumble of semi-conscious images that, for a normal person, usually presages sleep, a partial dream, like an overture to the main performance. She remembered that much from her childhood, back when she could rest effortlessly, surrendering to slumber the instant her head touched the pillow. But the voice in her head refused to fall silent. Here it was now, telling her she was still awake, stubbornly, maddeningly present.

She reached for her phone, letting out a glum sigh: all right, you win. She checked the LA Times site again, her story still the ‘most read’. Then she clicked on the scanner app again, listening long enough to hear the police reporting several bodies found around town. One was not far from here, in Eagle Creek, another in North Hollywood.

Next, a long article on foreign policy: ‘Yang’s Grand Tour’, detailing how the man tipped to be China’s next president had just returned from an extended visit to the Middle East and analysing what this meant for the next phase of the country’s ambition. The piece was suitably dense. Sure enough, it came close to sending her off, her mental field of vision behind her lidded eyes darkening at the edges, like the blurred border on an old silent movie. The dark surround spread, so that the image glimpsed by her mind’s eye became smaller and smaller, until it was very nearly all black . . .

But she was watching it too closely, wanting it too much. She was conscious of her own slide into unconsciousness and so it didn’t happen. She was, goddammit, still awake. She opened her eyes in surrender.

And then, for perhaps the thousandth time, she opened the drawer by her bed and pulled out the photograph.

She gazed at it now, looking first at her mother. She would have been what, thirty-eight or thirty-nine, when this picture was taken. Christ, less than ten years older than Maddy was now. Her mother’s hair was brown, unstyled. She wore glasses too, of the unfashionable variety, as if trying to make herself look unattractive. Which would make a kind of sense.

Quincy was there, seventeen, tall, the seriousness already etched into her face. Beautiful in a stern way. Abigail was adorable of course, gap-toothed and smiling, aged six and sitting on Maddy’s lap. As for Maddy herself, aged fourteen in this photograph, she was smiling too, but her expression was not happy, exactly: it contained too much knowledge of the world and of what life can do.

She reached out to touch her earlier self, but came up against the right-hand edge of the picture, sharp where she had methodically cut it all those years ago, excising the part she didn’t want to see.

Later she would not be able to say when she had fallen asleep or even if she had. But the phone buzzed shortly after two am, making the bedside table shake. A name she recognized but which baffled her at this late hour: Detective Howe. A long-time source of hers from the crime beat, one who had been especially keen to remain on her contacts list. He called her once or twice a month: usually pretending to have a story, occasionally coming right out with it and asking her on a date. They had had lunch a couple of times, but she had never let it go further. And he had certainly never called in the middle of the night. One explanation surfaced. The sweatshop must have reported her for assault and Jeff was giving her a heads-up. Funny, she’d have thought they’d have wanted to avoid anything that would add to the publicity, especially after—

‘I’m OK. I’m downstairs. You need to let me in. Your buzzer’s broken.’

‘I know, Madison. Just let me in.’ He was not drunk, she could tell that much. Something in his voice told her this was not what she had briefly feared; he was not about to make a scene, declaring his love for her, pleading to share her bed. She buzzed him in and waited.

When he appeared at her front door, she knew. His face alone told her: usually handsome, lean, his greying hair close-cropped, he now looked gaunt. She offered a greeting but her words sounded strange to her, clogged. Her mouth had dried. She noticed that she was cold. Her body temperature seemed to have dropped several degrees instantly.

‘I’m so sorry, Madison. But I was on duty when I heard and I asked to do this myself. I thought it was better you hear this from me.’

She recognized that tone. She was becoming light-headed, the blood draining from her brain and thumping back into her heart. ‘Who?’ was all she could say.

Don’t miss out on more great news and views about The 3rd Woman…. 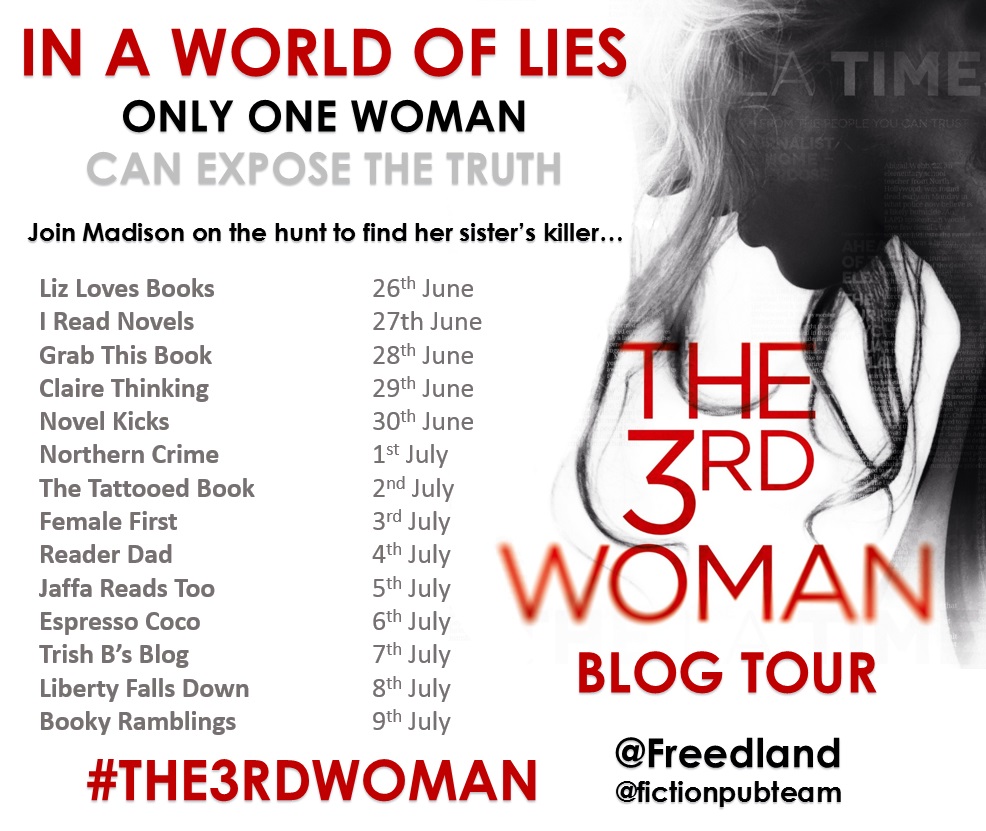