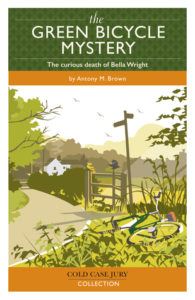 Today I am very happy to bring you extracts from The Green Bicycle Mystery kicking off a series from Antony M Brown.

Don’t just read about a murder… solve it. The first of a unique set of true crime dramas. Each one tells the story of an unsolved crime in an evocative and compelling way, it presents fresh evidence, exposes the strengths and weaknesses of past theories and then asks the reader to decide on what happened.

The series begins with the tragic case of Bella Wright. In a lonely lane running through rural Leicestershire in 1919, a solitary bicycle lies on its side, its metal frame catching the glow of the fading evening light. The back wheel slowly turns about its axle, producing a soft clicking; a rhythmic sound, soothing like the ticking of a study clock. Next to the bicycle, lying at an angle across the road, is a young woman. She is partly on her back, partly on her left side, with her right hand almost touching the mudguard of the rear wheel. Her legs rest on the roadside verge, where fronds of white cow parsley and pink rosebay rise above luxuriant summer foliage. On her head sits a wide-brimmed hat, daintily finished with a ribbon and bow. She is dressed in a pastel blouse and long skirt underneath a light raincoat, the pockets of which contain an empty purse and a box of matches. The blood-flecked coat tells a story…

Although each book is perfectly self-contained and offers the author’s conclusion, there is a website (coldcasejury.com) for those who wish to share their own verdicts and opinions, making these the first truly interactive crime tales. Beautifully presented with uniquely illustrated covers they also contain evidence images, diagrams and maps. For lovers of crime stories, this new collection of Cold Case Jury books will not just bring a murder story to life, it will make you a part of it.

Read on for some Extracts:

11pm. The disused chapel at Stretton Parva was a small, rectangular red-brick building with a pitched roof. Looking more like a mundane outhouse than a place of worship, the only clue to its former role was a stone plaque engraved with the words “Free Chapel” embedded in a gable wall. It was a suitable place to keep the young woman’s body overnight. As Dr Williams approached, he saw the gentle glow of candlelight issuing from its two sash windows. PC Hall was wheeling in the girl’s bicycle through the entrance to the right. He followed, closing the door behind him. In the centre of the room the men assembled around a table illuminated by four flickering candles. On it was sprawled the fully clothed body of the young woman. Cowell repeated to the doctor how he discovered the body. Hall informed him that he had inspected briefly both the body and the bicycle and had found nothing suspicious. Williams moved the woman’s head from side to side, feeling her skull and face, as if he was giving a macabre massage. “Extensive blood on the hair and the left side of her face,” Dr Williams announced, stating the obvious. “There’s also bruising on the left cheek just below the eye.” He motioned for a candle to be brought nearer to take a closer look. “Yes, it’s quite a vivid bruise, too.” “It seems to have an indentation in the skin,” Hall commented. “I can see that, Constable. She would sustain that by falling.” The cursory examination soon concluded. “I don’t think we can do any more for the poor girl,” Williams said. “What’s the cause of death, Doctor?” “Oh, I would say sudden haemorrhage and collapse, Constable.” “Can I report that to my superintendent?” “You certainly can. I really must be getting back,” he said, placing his hat on his head. “Goodnight, all.” Alfred Hall nodded as the doctor walked to the door. One by one, he bid the others goodnight until he was left alone. He straightened the body on the table and placed her arms on her chest. He wanted the young woman to have dignity in death. Hall looked at the still body on the table. The skin of the right check had a waxy, yellow appearance with a tint of a bluish-grey, the same cold hue as her lips. The left cheek was covered in dried blood. He dampened the cloth and began to gently wash the dried blood from Bella’s face. Even in death, he thought, cleansing the face was an intimate and tender act, like a mother washing a child. Slowly moving the cloth down her cheek, he lifted the veil of blood that had partially covered Bella’s face since her death. And there, below her left eye, was a bullet wound…

On Friday 12 March, a rear wheel was recovered and matched to the green bicycle. It was not proof in itself but demonstrated that Light had dismantled the bicycle and dumped various parts over a wide section of the canal. Expectations were raised. They were met a week later when a brown leather army revolver holster was fished out. It contained treasure: wrapped inside were nearly two dozen .455 cartridges – the same calibre as the bullet found by PC Hall. When Light heard about the recovery he was reported to have cursed in his cell: “Damn and blast that canal!” If this is true, it was the only time he ever lost his composure. “So what happened? I swear whatever you say will not leave this room.” “Come on, Superintendent, you know better than that.” “I know you didn’t murder her, so what happened? If you don’t tell the truth, everyone who ever hears about this case will think you’re guilty. You know that don’t you?” “But I was acquitted by a jury of my peers.” “They will still think you did it, all the same. They will say, ‘That Ronald Light, he got away with murder!’ Friends of mine said that very thing at the weekend.” Bowley waited for his words to sink in before playing his psychological ace. “Why not get this off your chest? Then you can forget all about it, knowing you’ve done the right thing by telling someone the truth. And you’ll feel better for doing it. After what you’ve been through, surely you owe yourself that?” Light leaned forward and tapped his cigarette over the ashtray. “If I tell you, can I depend on you to keep it to yourself ?” Bowley tried hard not to show his delight at reeling in his catch. “I’ve already told you that.” “Whatever I say is strictly confidential. No one else must know. And I’m not signing anything. If you divulge what I tell you, I will just deny it.” “Of course, I understand. It’s just between the two of us.” Light leaned back in his chair and took a long draw from his cigarette as he played pensively with the box of matches. Bowley said nothing, hoping his ploy would work. When Light finally spoke there was no preamble, he simply dropped his bombshell… 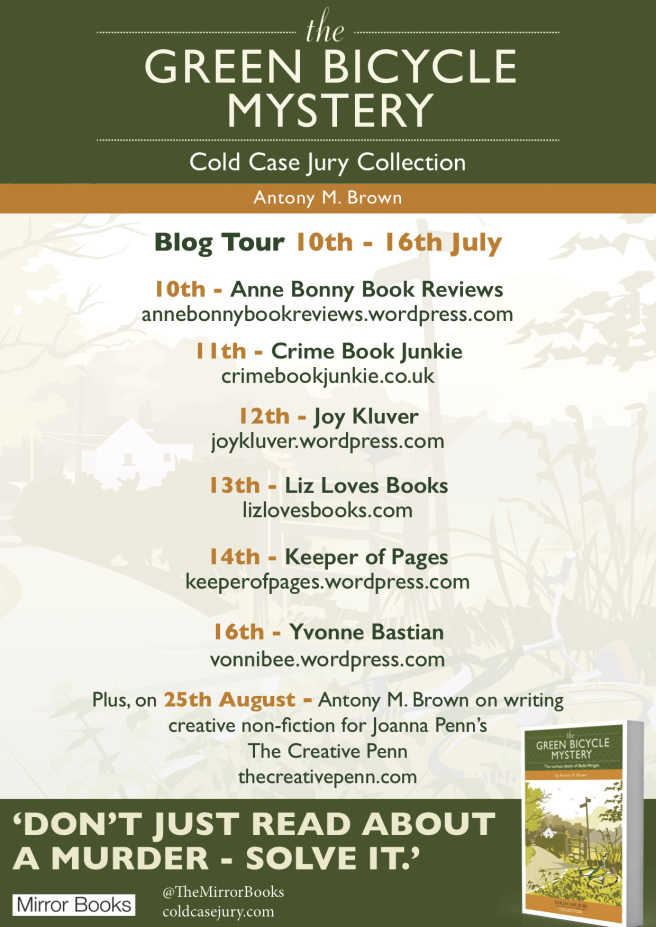