The Other Child by Lucy Atkins. Blog tour. 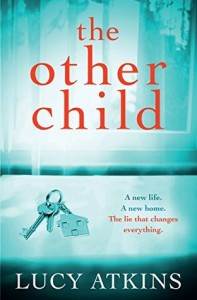 I am very pleased to join the blog tour for Lucy Atkins and the fantastic new novel “The Other Child” – a review to follow but first here is an extract for you.

Extract 1 The Other Child by Lucy Atkins

‘It’s perfect,’ he’d said when he called from Boston to tell her that he’d given the realtor a massive deposit without consulting her, without even emailing her a picture. His face blurred in and out of focus on her phone screen. He was in a public place, probably the cafeteria at Children’s Hospital. She could see people in the background carrying trays or coffee cups, many wearing scrubs. ‘You’re going to love it, Tess, I know you will. There’s a great elementary school, a big park, a cute little main street with a couple of cafés, a bar, an artisan bakery, a market, a yoga studio. It’s all very green and pleasant, absolutely no crime and only twenty minutes from downtown on the freeway. It’s the perfect little town.’

‘I thought it was a suburb?’

She noted the ‘we’. After fifteen years in London, Greg had seemed to feel no affinity with his homeland. His only remaining American traits were his accent, his handwriting and an ongoing despair at British customer service. But now, suddenly, it was ‘we’.

‘You weren’t answering your mobile, but I had to grab it.’

A baby wailed somewhere near him, an abnormal, plaintive sound, disturbingly thin and off-key. ‘There were three other families due after me this morning; it was going to go. But you’ll love it, honey, I promise. It’s not too far from Children’s – maybe a fifteen-, twenty-minute commute max.

There’s three beds, three baths, a big yard for Joe. A ton more space than we have now—’

He grimaced, his eyes half shut, and it took her a moment to realize that the connection had failed, leaving his handsome face frozen in a sinister, pixelated rictus, halfway to a smile.

She had always thought Greg liked her tall house on the outskirts of town, with the cornfield behind it and views of the Downs, improbably green in springtime, lightening to biscuit through summer and, as autumn wore on, darkening and thickening into wintery browns. When he moved in he had been charmed by the sloping floors and the woodburning stove, her own photographs hanging next to her father’s paintings, shelves crammed with books, old Polaroids tucked behind ceramics, Joe’s pictures peeling off the fridge, things balancing on other things and the light pouring in. He had said he did not want to change a thing.

Her chest tightened at the thought of everything she’d be leaving behind.

‘Greg? Are you still there? Greg?’ But he didn’t respond. 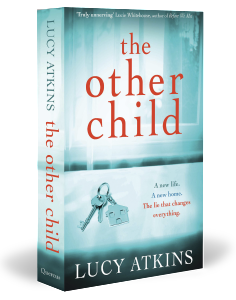 Sometimes a lie seems kinder than the truth . . . but what happens when that lie destroys everything you love?

When Tess is sent to photograph Greg, a high profile paediatric heart surgeon, she sees something troubled in his face, and feels instantly drawn to him. Their relationship quickly deepens, but then Tess, single mother to nine-year-old Joe, falls pregnant, and Greg is offered the job of a lifetime back in his hometown of Boston. Before she knows it, Tess is married, and relocating to the States. But life in an affluent American suburb proves anything but straightforward.

Unsettling things keep happening in the large rented house, Joe is distressed, the next-door neighbours are in crisis, and Tess is sure that someone is watching her. Greg’s work is all-consuming and, as the baby’s birth looms, he grows more and more unreachable. Something is very wrong, Tess knows it, and then she makes a jaw-dropping discovery . . .

I was a huge fan of “The Missing One”, one of my favourite books of it’s year so I was extremely happy to find a copy of “The Other Child” popping through my letterbox – and boy it was a corker.

So we are following along with Tess, who after a whirlwind romance finds herself fairly isolated in a strange new environment – her young son is reacting badly to the move, pregnant and struggling to cope, Tess starts to feel like there is something going on with her new husband Greg that is not quite right…

Lucy Atkins really has a beautiful turn of phrase and wonderfully engaging descriptive prose when it comes to setting her characters in place and drawing you into the tale. In this case it is immediate and irrevocable – once you pick this up and start identfiying with Tess, which trust me you will, you won’t want to put it down until you are done.

There are two elements really to this that keep you up into the night – the mystery element which is absolutely intriguing and so gorgeously twisty and turny that it will keep you right on your toes. Who to believe, when to believe it, poor Tess she is pulled this way and that, trying to keep her family together and discover the truth. The journey is terribly addictive and perfectly done.

Then there is the character drama that lives and breathes within that – the relationship between Greg and Tess is fascinating – they don’t know each other that well and here they are. When at least one of them is keeping secrets, it makes for some highly complex interactions and emotions that just pop off the page. I especially liked the dynamic between the three, Joe, Tess, and Greg who Joe is wary of…there is an authentic edge to the whole story as it plays out, even allowing for the mystery portion interwoven therein.

A nod to Greg before I’m done – he was the one who perhaps intrigued me the most, a workaholic quietly quivering character who exudes an ever growing sense of menace – the tension in him building along with the plot, until you are on the edge of your seat…Lucy Atkins manages to keep you totally off balance when it comes to him and whether or not Tess really should be worried..

Basically I loved it. A really terrific mystery thriller with some memorable and heartfelt characters that packs a real punch.

One Response to The Other Child by Lucy Atkins. Blog tour.