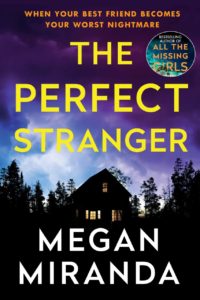 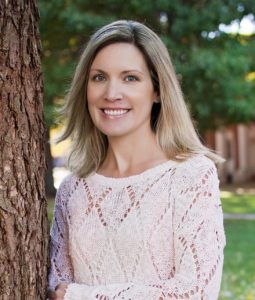 Today I am VERY happy to be joining the blog tour for Megan Miranda’s brilliant thriller “The Perfect Stranger”. I have a guest post from Megan then details on the book and a link to my review follow.

Looking back, it can be difficult to pinpoint exactly how a story idea began. There are pieces that give rise to character, and other elements that inspire the plot or the structure. And sometimes, I can trace the roots back to something else—a memory, or a feeling, from the past.

When I was growing up, my grandparents had a small cabin in the woods. In the summer, we’d often plan trips away there. It was surrounded by trees and within walking distance of a lake—the type of place where you immediately felt like part of nature.

The idea of the cabin was for people to be able to disconnect and relax, and so there was also no phone line. This was in the days before cell phones, so we would drive to a nearby airfield if we needed to use a payphone to call home. Coming from the suburbs, it was quite a difference to wake up to deer in the front yard (and, that one time, a bear). These trips were my favorite part of summer, something I would always look forward to.

I’m an only child, but I have a lot of cousins, and my aunts used to take turns bringing a group of us out there together. Since it was a small cabin, I’d often end up on the pull-out couch in the living room, instead of needing to share a room with a bunch of my younger cousins.

But at night, everything I loved about the cabin—being in the woods, with no phones, surrounded by nothing—could turn on me. Alone in the living room, in the dark, I’d inevitably start thinking about being alone in the woods with no way to call for help. I’d stare at the sliding glass doors on the other side of the living room as I fell asleep, wondering what might be lurking out there on the other side. I remember distinctly the feeling of wanting to turn a light on, but also not wanting to turn a light on, because whatever was on the other side might be able to see in, while I still wouldn’t be able to see out.

Fast forward a few decades to when I found myself about 100 pages into the first draft of what would eventually become The Perfect Stranger. Reading back through those initial pages, I realized I had inadvertently written my grandparents’ cabin into this story. Same general layout, same sliding glass doors. Though the location moved, and there are no personal anecdotes that made it into the story, I think there was a familiar feeling that I tapped into while writing, the way a place can become both an escape, and—in other circumstances—something unfamiliar, filled with uncertainty.

In The Perfect Stranger, Leah needs to escape her life as a journalist when she runs into an old friend, Emmy, also looking to make a fresh start. They relocate to a small town together, with the hopes of starting over. When Leah first arrives at their rental home surrounded by the woods, it’s a place that feels like it’s full of potential. And as someone who had lived in or near a city for most of her life, she feels suddenly more in touch with nature, like there’s something she’s been missing, all this time. But when things start going wrong around her, that feeling suddenly shifts. Like when I was a kid, watching the glass doors at night, wondering what else might be out there, watching back.

At the start of the story, Leah receives a phone call (unlike us, she did have a phone), but no one speaks on the other end. With the phone in her hand, she stares at the sliding glass doors with the light on in the middle of the night, wondering if someone’s out there, looking back. Soon after, she realizes she hasn’t seen her roommate Emmy in days. Her life begins to spiral from there.

For Leah, that feeling of uncertainty seems to permeate everything, as she wonders: Who is watching me? Am I making the right decisions? Do I know who Emmy truly is?

The Perfect Stranger asks the question: how well can you ever really know another person? As the story progresses, Leah questions her perception of everything: these people she thought she knew, her place in these events—and even herself.

Confronted by a restraining order and the threat of a lawsuit, failed journalist Leah Stevens needs to get out of Boston when she runs into an old friend, Emmy Grey, who has just left a troubled relationship. Emmy proposes they move to rural Pennsylvania, where Leah can get a teaching position and both women can start again. But their new start is threatened when a woman with an eerie resemblance to Leah is assaulted by the lake, and Emmy disappears days later.

Determined to find Emmy, Leah cooperates with Kyle Donovan, a handsome young police officer on the case. As they investigate her friend’s life for clues, Leah begins to wonder: did she ever really know Emmy at all? With no friends, family, or a digital footprint, the police begin to suspect that there is no Emmy Grey. Soon Leah’s credibility is at stake, and she is forced to revisit her past: the article that ruined her career. To save herself, Leah must uncover the truth about Emmy Grey—and along the way, confront her old demons, find out who she can really trust, and clear her own name.

Everyone in this rural Pennsylvanian town has something to hide—including Leah herself. How do you uncover the truth when you are busy hiding your own? 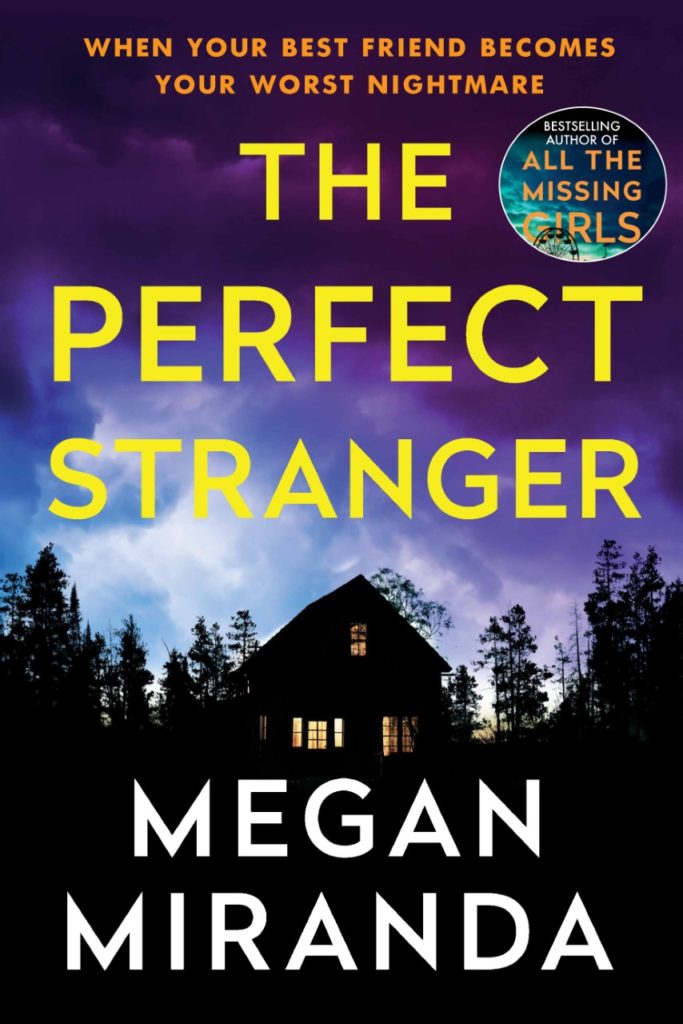