The Radio Not The Song – writing Lucky Ghost. Matthew Blakstad. 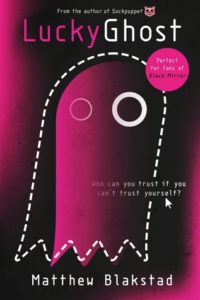 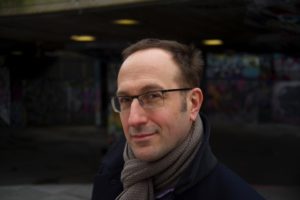 Today the brilliant Lucky Ghost comes out in paperback and to celebrate I made Matt do yet more work and come along and have a little chat about -well anything he liked really- and here is what he liked to talk about.

Details on the book and a link to my review follow. It is a truly excellent read – if you missed it before I do recommend giving it a go.

The radio not the song Matthew Blakstad.

Here’s a tip for when you next hear to a writer talk about their writing process. If they sound like they know what they’re doing at each stage, they’re probably lying.

Mostly, we writers don’t know what made us come up with a particular story. When we set out, we probably found ourselves obsessed with some apparently random image, some story on page 14 of the paper, some ‘what if’ question; and we found we had no choice but to set it down on paper. As we did so, fully-formed characters started to pop up from nowhere, like those random people who connect with you on LinkedIn but who you’ve never heard of. Before long, our seed of an idea blossomed into incidents, conflict, story – and before we knew it, we’d birthed an entire world. Then began the long, mad grind of draft and counter-draft, as we chiselled this accidental thing we’d started into something crisp and sparkly enough that somebody might want to read it.

Then the book came out into the world, and we realised: “Uh oh. Now I’m going to have to explain this to people.” Somehow we had to post-hoc invent a Grand Scheme behind this thing we barely even recognised as our own any more.

Sometimes we’re lucky. Sometimes, by the time our novel is published, the hazy notions that gripped us as we wrote have become the very ideas that everyone in the world happens to be talking about at that moment. When this happens, it seems we must have some kind of second sight. Where in reality, we’re just dumb receivers of something that’s been floating through the ether. More the radio than the song.

This is what happened with my second novel, Lucky Ghost, which is out today in paperback. I started writing the first draft in January 2016, just before David Bowie’s death, and finished it around the time of Donald Trump’s gobsmacking election victory. So this was before we’d learned all the things we’re learning now – about how, throughout that year, Russian bots and trolls were bombarding the American consciousness with fake information, while pointy-headed data wonks, working for companies we’d never heard of, built psychological profiles of millions of voters based only on their Facebook data, and used these to sway their feelings and beliefs about the candidates.

Like most people, I didn’t know about any of this at the time. Yet somehow, by breathing the fetid air of that year (remember when 2016 seemed as bad as it was going to get?) – somehow, I became infected by the idea that our beliefs and emotions were being manipulated by unseen online forces. The idea that, by buying into the highs and lows offered us by social media upvotes, likes and shares, the apps we love and depend on have been playing us for fools.

So I started writing about a new, immersive online game that’s captured everybody’s lives. About how in this game, people enter a twisted version of reality – a world they call The Strange. In the Strange, every interaction they have with another human being becomes a game, and the players hunger to be rewarded in Emoticoin, a digital currency that they earn based on the strength of their feelings as they play. I wrote about how someone with evil intentions starts working with eastern European criminals to gain control of The Strange. About the mayhem and murder this causes, and how in the end it’s up to two very ordinary, damaged people – a trolling victim and a Syrian refugee – to fight for people’s right to live their own real lives.

The story ended up scaring even me, so I thought I was maybe onto something. But, I thought, thank goodness this was just my crazy imagination. Thank goodness we’re not all having our strings pulled like this, by unseen online forces.

Ah well. With any luck you’ll find Lucky Ghost a good deal more entertaining than reality. If not, don’t blame me: I’m just the radio..

Early one Monday morning, much like today, journalist Alex Kubelick walks up to a total stranger and slaps him across the face. Hard.

They’ve both just earned Emoticoins in a new, all-consuming game that trades real-life emotions for digital currency. Emoticoins are changing the face of the global economy – but someone or something seems to be controlling the game for their own, nefarious purposes.

As Alex begins to pick apart the tangled threads that are holding the virtual game together she finds herself on the run from very real enemies. With the world economy teetering on the brink of collapse, it seems there’s only one person who might have the answers she seeks.Someone who hides behind the mysterious name ‘Lucky Ghost.’

But who is Lucky Ghost… and can they really be trusted?

And what do they want? 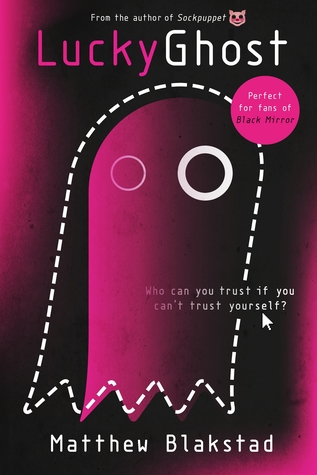