Today I am a VERY HAPPY READER. 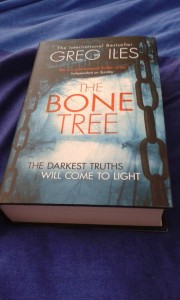 This beautiful tome of a novel arrived on Saturday – I am currently re-reading the first in this Penn Cage trilogy – Natchez Burning – one of my top reads of 2014. I am enjoying it again ready to jump into The Bone Tree after which you may not see me for a while.

Here is what I thought of Natchez Burning… 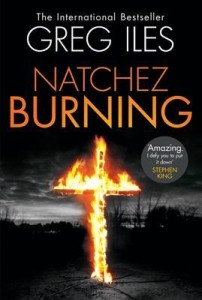 Penn Cage is facing a son’s worst nightmare – having his father stand accused of murder. Worse, each effort to defend the legendary Dr Tom Cage unearths new, shocking secrets, leaving Penn to question whether he ever really knew his father at all.So for those of you who have not read the previous Penn Cage novels from Greg Iles (the first being “The Quiet Game” ) I would encourage you to do so, however you CAN start here – the first part of a planned trilogy featuring the character, as there is enough information for a new reader without actually spoiling the previous books. 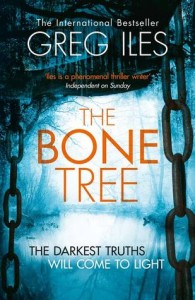 Penn Cages father, Dr. Tom Cage, stands accused of murder, and each effort to defend him unearths new, shocking secrets, leaving Penn to question whether he ever really knew his father at all. At issue is the murder of Toms former nurse, Viola Turner. The district attorney is quick to point the finger at Tom, citing his decades-old relationship with Viola. When Tom is taken into custody, Penn must explore the dangerous territory of Tom and Violas shared history, set squarely in the most harrowing years of civil-rights-era Mississippi. What was the relationship between Tom, Viola, and the Double Eagle Club, an ultraviolent group of hardened men who considered themselves smarter, tougher, and more elite than their peers in the FBI-infiltrated Ku Klux Klan? In Natchez, Mississippi, where the past is never truly past, long-buried secrets tend to turn lethal when exposed to the light of day. For Penn Cage, the cost of solving this case is no exception.