Top 10 Witches and Vampires in Literature with Marie Anne Cope.

Today I am pleased to welcome Marie Anne Cope to the blog talking about Witches and Vampires….

Witches and vampires, the subject of my debut novel Bonds, are a constant source of fear, fascination and wonder.

Both have the power and control over others that most of us would kill to have some, if not all, of the time. Both fill you with a mix of fear and excitement. Both have magnetism and allure that draw you towards them, desperately wanting a little piece of what they have, if only for a little while.

So, with this in mind, here are a selection of my favourite witches and vampires in literature, starting with the spell-casters themselves.

Circe – The Greek Goddess of Magic from The Odyssey by Homer

Some say Circe is the ultimate witch and certainly a sorceress to be reckoned with. She is self-sufficient, sexually alluring and expert in the areas of potions and herbs.

She also wields a wooden staff, which she famously uses to transform whomever she wishes into an animal, usually a pig. This emasculating tendency is rumoured to be payback for a broken heart.

The Weird Sisters from Macbeth by William Shakespeare 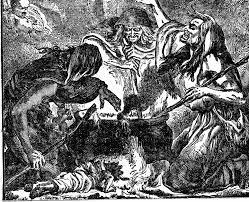 The eerie repetition of this line, in the opening scene of the Scottish Play, sends a shiver down your spine and is, arguably, the first thing that pops into your head when you think about witches.

Fear them, because if they can convince battle-hardened and ambitious Macbeth to do what they want, think what they could do to you!

Although there are four witches in Baum’s classic story, it is Elphaba, the Wicked Witch of the West, whom everyone remembers.

In contrast to her green skinned, broomstick riding silver screen persona, Baum’s Elphaba (pictured) has a single all-seeing eye, carries an umbrella and makes it her mission to avoid water.

Despite her weakness, she still manages to inspire fear and wreak havoc before her watery demise.

With Jadis, C.S. Lewis takes witches back to their position of villainy.

With disarming beauty, charm and sorcerous power, she epitomises the terrifying evil witch. Match this with her tendency to turn those who displease her to stone and Jadis stands out in the literary world of witches.

Beware – do not be fooled by a person’s beauty, as it may only be skin deep.

Last, but by no means least, we come to Hermione Granger, ‘the brightest witch of her time’. With Hermione, Rowling redeemed the witch and erased the negative historical implications and gender bias.

Nothing phases Hermione, except the possibility of getting expelled for breaking the rules. She is courageous, gifted, kind, witty and always prepared.

Now, it is the turn of the enigma that is the vampire:

Lord Ruthven from The Vampyre by John Polidori

The first and, arguably, most influential of modern vampires is Lord Ruthven, the archetype of the ruthless, charismatic and sophisticated vampire. Polidori is said to have based Ruthven on his pale, languid and over-sexed patient, Lord Byron (pictured).

Polidori’s creation remains timeless and has spawned countless more, all sired in Ruthven’s image, as is the vampire way.

Originally a penny dreadful, totalling over 1,000 pages, Varney the Vampire was the first vampire novel published in the UK.

It is based on the adventures of aristocrat, Sir Frederick Varney, a hapless vampire who is usually exposed as such before he has chance to make his kill.

The tales are cheap, lurid and melodramatic, but the Victorians loved them.

Carmilla is said to be the most interesting of all vampires, possessing the ability to shape shift and feed on her victims in her black cat persona.

Although known for the savageness of her attacks, her technique changes when she finds Laura, to one of seduction, as the first ever female vampire falls hopelessly in love.

With Dracula, Stoker took a ruthless and bloodthirsty historic persona – Vlad the Impaler (pictured) – and incorporated him into a character and a novel whose themes of demonic possession, combined with undertones of sex, blood and death, struck a chord with the Victorians and defined the most influential vampire in popular fiction.

For me though, Dracula is, without compare, THE best love story ever written.

Lestat from The Vampire Chronicles by Anne Rice

Lestat is a complex character. Whilst endearing and charming, he is selfish and quickly bored. If you spark his interest, you will be spoiled. If you don’t…..

In Interview with a Vampire, he is shown in all his selfish and monstrous glory, yet in The Vampire Lestat, we see a fun loving, altruistic and, in the end, heroic side to him. 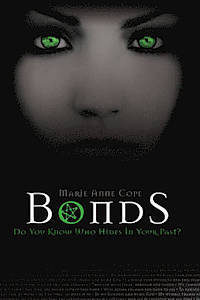 Half the village of Breccan lies dead – slaughtered. All that stands between Antony Cardover and his freedom is his wife, Isabella, or so he believes.

In his wrath at his wife’s adultery, Antony trades his soul for the chance of vengeance. His price? An eternity as a monster – a man bearing a vampire curse. To stop him, the curse must be broken. To break the curse, Isabella and all her descendants must be destroyed. The catch? Only Antony can break the curse.

With Breccan in mourning and Antony on the rampage, only one person can help. Anna Martindale, a witch shunned by the villagers, entombs Antony within a stone sarcophagus, bound by spells and buried in hallowed ground for the rest of time.

That was four hundred years ago.

You can purchase Bonds HERE