Why We Write – Drop in Feature. Guest post from Angela Marsons 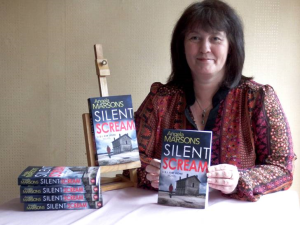 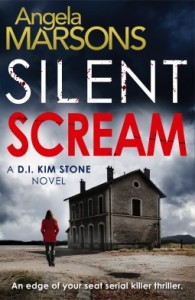 Today I am pleased to welcome back Angela Marsons, author of the super serial killer thriller “Silent Scream” telling us why SHE writes.

Why I Write – Angela Marsons

This is a question I ask myself all the time. Especially when a crisp, white A4 page both mocks and beckons me as I embark on a new project.

I can’t remember exactly when I discovered a love of words because it feels as though it has always been a part of me. One of my earliest memories at primary school was fighting for a copy of ‘My Sentence Maker’, which only those of us of a certain age will remember.

The treasure itself was an orange folder that opened to reveal laminated word tabs in tidy little rows that could be removed and rearranged to make a sentence. I’m not sure how many words were contained inside the folder but to me every single one of them had a purpose.

During my pre-teen years I would invent situations so that I could explore and then scribble my innermost feelings into my exercise book. I remember a heartfelt letter written to my Dad begging him not to divorce my Mum and imploring him to return to his family. He had only popped out for a Friday night pint but still…

When I was about twelve my English teacher asked me to stay behind after a lesson. I assumed it was for the usual telling off for talking in class. I was already formulating responses and excuses when she said something that I will never forget: that I had a talent with words. I was instantly bemused. Girls in my street didn’t have a talent. They learned to type.

She asked me if I’d like to explore books that were a little above my reading age and I readily agreed. A few days later she handed me a couple of Andrea Newman books: Alexa and Three Into Two Won’t go. These were the first books I read that actually tapped into my emotions, where I became intrinsically involved in the lives of the characters and truly accompanied them on their journey. I was amazed that a collection of words had the power to invoke such intense feelings and interest. And that brought the realisation that that was what I wanted to do. I wanted to be the person that used words to make people laugh, cry, get angy. I wanted to take people’s hands and lead them on a journey of discovery.

My love of words and storytelling remained my secret and I did what I was supposed to do. I learned to type.

I bounced from job to job like a pinball shot never daring to actually try and realise my dream until my twenties when my partner and I moved into a one bedroom flat. I returned home from work one evening to find that she had fashioned for me a ‘corner’ of the small bedroom in which I could write.

The desk was a dressing table and the chair was the edge of the bed. But on that dressing table lay exercise books and pencils and folders for notes. To me it was heaven. It was a corner of the world that was exclusively mine. I sat at my desk and picked up a pencil and as my hand began to move across the page I knew I was truly home.

So, quite simply, for me, I write because I have no other choice.

You can get your very own copy of Silent Scream here:

One Response to Why We Write – Drop in Feature. Guest post from Angela Marsons