Why We Write – Drop in Feature. Guest Post from Joan Ellis. 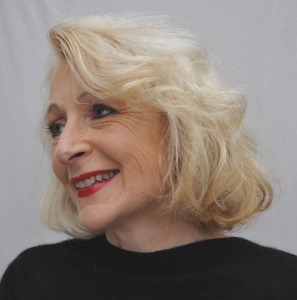 I write because I love it, because the characters need to tell their stories and because, after Mum went to hell and back to teach me to spell, it was the least I could do.

As a kid I dreaded spelling tests but I did my best. What more could my teacher, Sister Mary Francis ask?

Quite a lot apparently.

‘Nought out of ten, again, Joan Ellis. You are a stupid girl.’

Not wanting to lose face, I shouted, ‘My Mummy says you don’t know how to teach!’

It was true, Mum had uttered those fateful words but, in fairness, she had never intended her comment for broadcast.

‘Mother Superior will want to see your mother tomorrow,’ Sister Mary Francis roared. ‘Be sure to tell her.’

I went home, ate three jam tarts and said nothing.

Next morning in assembly, Mother Superior announced, ‘Joan Ellis, don’t forget; I shall see your mother today after school.’

My teacher smirked and I wet myself. I spent the rest of the day sporting a pair of cavernous navy pants from Lost Property. I decided not to dwell on who the original owner might have been as I waited for Mum. Blissfully unaware of her fate, she arrived wearing her fake ocelot coat, Mary Quant mini-skirt, red lipstick and silver eye-shadow.

‘Good God!’ I thought, adding blasphemy to my many sins.

It was hard to imagine how she could have been more inappropriately attired. At least her fur coat skimmed her knees and I thanked Heaven for small mercies.

Together with my wet knickers, I gave her the good news – she had been summoned to the Headmistress’ office. As she sashayed into battle in her patent stilettos, I knew she would walk it.

Eventually, she reappeared flushed but victorious having told the Head that children learned through play, in a stimulating environment. I put my hand in hers and squeezed hard. She was my Mum and she was fab.

‘Shouldn’t have done that,’ she said shakily. ‘You’ll never get to play the Virgin Mary in the Nativity now. Dammit.’

‘Ssch!’ I scolded sure a bolt of lightening would strike her down.

‘Shame you weren’t so fussy about what you said yesterday.’

I returned to school to find they’d followed Mum’s advice and my once boring classroom had been transformed into a creative space, awash with colour.

Even homework became a game with Mum getting me to practice my spellings on the back of our unused rolls of wallpaper. When she tested me, she let me scrawl the words on her Formica-topped table. After ticking them, she simply wiped the table clean.

Never mind turning water into wine, I had turned into a candidate for the national spelling-bee. Praise the Lord! 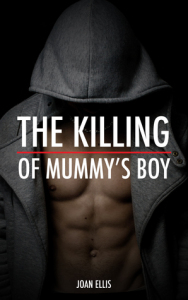 3 Responses to Why We Write – Drop in Feature. Guest Post from Joan Ellis.