Why we Write – Drop in Feature – Guest post from Mark Edwards. 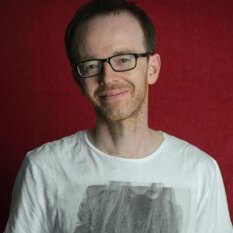 Why We Write – Mark Edwards

When I was nine or ten years old, my mum left a copy of The Fog by James Herbert lying around. I think she even told me some of the things that happened in it. Intrigued, I picked it up and found myself reading about schoolboys butchering their teacher (the scene with the garden shears will stay with me forever) and various people running murderously amok. It was a bit of a change from the books I’d read before then, like The Wombles.

Around the same time, my parents got divorced and, wanting company, my mum let me stay up late. She would fall asleep on the sofa and I’d stay up watching late-night TV: Death Wish, the Hammer House of Horror TV series, Zoltan Hound of Dracula in which a vampiric pooch goes bonkers on a caravan park (sigh, they don’t make ’em like that any more). I also started to read 2000AD and other similar comics. Not long afterwards, the video revolution happened, and I was able to walk into my local video rental shop and hire such movies as City of the Living Dead and American Werewolf in London (I’m still slightly in love with Jenny Agutter after that shower scene).

Of course, I turned out to be a psychopath, roaming the streets of Hastings with a huge knife in my pocket and my own trained troupe of killer rats… Oh, not really. I’m pretty sure that I wasn’t psychologically scarred at all by my early exposure to horror and mayhem. But it definitely had a lasting impact on my imagination and influenced my tastes for, well, the rest of my life.

As a teenager, I returned to James Herbert (terrible prose, great stories) and discovered Stephen King. I think the first King I read was Salem’s Lot, and over the next few years I read all of them – speeding through his back catalogue and buying every new book as it came out. It was around this time that I decided I wanted to be a writer. At school, I excelled in English while being rubbish at most other subjects. My English teachers would raise their eyebrows at my stories about werewolves and blood oozing from walls, but they always gave me good marks. I wanted to be a horror writer, unaware, and not caring, that it was almost impossible to make a living writing in that genre. I wrote my first novel when I was sixteen. It was bloody awful. Thankfully, it is long lost but it was about a boy who finds a mysterious box that contains demonic powers. Like I said, bloody awful.

When I went to university, I started reading more literary stuff: Martin Amis, Ian McEwan, Bret Easton Ellis, William Boyd. Much of it was still pretty dark, but for the first time I discovered the pleasure of reading not only for the story but for the language. Story was still my main interest but by moving beyond the limits of the horror genre my eyes were opened to a whole new world of books and I became a full-on addict, filling my flat with contemporary fiction, cult classics and even the occasional proper classic (though I am still allergic to anything written pre-World War 2).

In 1992 I read the book that would have the biggest influence on me, the book that I still think is the greatest novel ever written: The Secret History by Donna Tartt. I was utterly blown away, immersed in this incredible, atmospheric masterpiece for a week. I pressed it on all my friends, talked about it all the time. Suddenly, my ambition to be a writer was reborn. To make someone feel a fraction of the way I had felt when I read The Secret History…that was my dream. (As an aside, last year I heard Donna Tartt read from TSH at an event in London. Afterwards, I spoke to her and she shook my hand. I was trembling with excitement.)

I spent my twenties writing and trying to get published. I had the most horrible day jobs – answering complaints for the Child Support Agency and then Connex Rail. Writing was my escape, my weekends spent banging away on my Sharp Fontwriter, a cross between a typewriter and word processor on which you could only see three lines of text at a time and which took a week to print a manuscript. I couldn’t afford a computer (cue violins) until 1998 when I bought a blueberry iMac with a bank loan. I wrote and wrote. I got an agent but no publisher. The first drafts of The Magpies and What You Wish For were written during this period, along with a book called The Liberators which was, I admit, a copy of The Secret History set in London.

I didn’t really know what kind of books I was writing. I guess I would have called it contemporary fiction, with elements of horror and suspense. The Magpies was intended to be a non-supernatural horror novel; I was trying to emulate Stephen King, with terrifying things happening to normal people. But it was around this time that I started to read crime novels. Of course, I’d already read Thomas Harris, but I soon discovered James Ellroy, Michael Connelly and Michael Dibdin’s Inspector Zen novels. Books like The Poet and The Black Dahlia were a revelation. Utterly gripping, thrilling page-turners. There was a trend for psychological thriller films too at this time: Single White Female, The Hand that Rocks the Cradle. Unknowingly, I was getting closer to finding my genre.

After meeting Louise Voss, we set about writing Killing Cupid. This was the first thriller either of us had written, although it wasn’t purely a thriller – it had a lot of dark comedy in it – which made it hard to sell to publishers even though we managed to get it optioned by the BBC. A few years later, I read The Da Vinci Code (like Herbert, terrible prose, great story) and Catch Your Death was an attempt to emulate that kind of fast-paced, pure thriller. After writing Forward Slash with Louise and then re-writing The Magpies, I finally knew what kind of books I wanted to produce. Psychological thrillers on my own, but with dashes of horror, and police procedurals with Louise. Our next book is our first out-and-out police novel.

Now I mostly read crime and psychological thrillers. This is mainly because they are the kind of books that draw me – along with my other favourite genre, post-apocalyptic dystopian novels – but also because I think it’s important to keep up with what your peers are writing. Occasionally I will read a book that’s so good that I will feel like giving up, but mostly I am compelled to raise my game. I have come across some novelists who claim that they don’t have time to read. This is insane. Reading is the fuel that helps you write. How can you hope to be a good writer if you don’t read a lot? I read every day. Books are like oxygen, like food and drink. Reading a great book still makes me want to write, just like the first time I read Stephen King or Donna Tartt.

That, in the end, is why I write: because I love books.

Try one of Mark’s novels if you havent already!

A gripping tale of jealousy, obsession and murder, from the No.1 Bestselling author of The Magpies.

When Andrew Sumner meets beautiful, edgy Charlie, he is certain his run of bad luck has finally come to an end.

But as the two of them embark on an intense affair, Andrew wonders if his grasp on reality is slipping. Items go missing in his apartment. Somebody appears to be following him. And as misfortune and tragedy strike his friends and loved ones, Andrew is forced to confront the frightening truth…

Is Charlie really the girl of his dreams – or the woman of his nightmares? 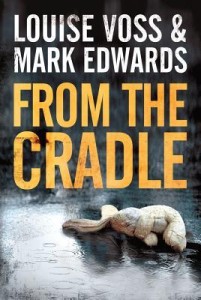 The first child was taken from her house.
The second from his mother’s car.
The third from her own bedroom…

When Helen and Sean Philips go out for the evening, leaving their teenage daughter babysitting little Frankie, they have no idea that they are about to face every parent’s greatest fear.

Detective Inspector Patrick Lennon is hopeful that the three children who have been abducted in this patch of south-west London will be returned safe and well. But when a body is found in a local park, Lennon realizes that time is running out—and that nothing in this case is as it seems…

Blending police procedural with psychological thriller, From the Cradle will have every parent checking that their children are safe in their beds…then checking again.