Why We Write – Drop in Feature. Guest Post from Sam Kates.

From the moment I learned how to read, I read. We’re talking more than forty years ago so my recollections are a little hazy, but the first books I can remember reading were by Enid Blyton. I guess I was around the age of five when I started to read The Adventures of the Wishing-Chair. When the wings first sprouted on the chair’s legs thus opening a world of adventure for the children who owned it (who probably had names like Fanny and Polly and Dick and James), something sparked inside me, something that still burns all these years later.

The flames were fanned by The Enchanted Wood and The Magic Faraway Tree. I moved on to her books for older children and discovered a taste for adventures. A series of books (that I read over and over) about four children and a parrot that started with The Island of Adventure and ended with The River of Adventure. There was even one (The Mountain of Adventure) set in my homeland of Wales.

And The Famous Five. I remember the first day of the summer holidays when I must have been six or seven, my parents taking me to Smith’sto buy the next book in the series. I recall it cost me £0.25, but that probably represented a month’s pocket money. I took it home, read it the same day, pined for the next one. I got them all – all twenty-one – and read each of them more than once. ‘Lashings of ginger beer.’ Did they really say that? 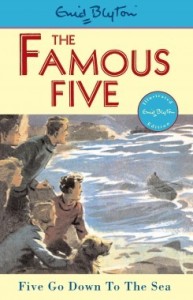 I discovered other authors. Run For Your Life by David Line. Wonderful; I read it until it was falling apart. Some classics: The Three Musketeers, Coral Island, Robinson Crusoe. There were more, but my attention was diverted.

A new teacher started in our class. One afternoon, she gathered us around and began to read a book to us. A book about a land of snow and magic that could be reached through the back of a wardrobe. I was instantly captivated. The sense of wonder that began with Enid Blyton, the sense that anything is possible within the pages of a book, was firmly entrenched by The Lion, the Witch and the Wardrobe. I soon acquired the book and the six others in the series, and read them over and over. I read them to my daughters when they were growing up as an excuse to read them again. 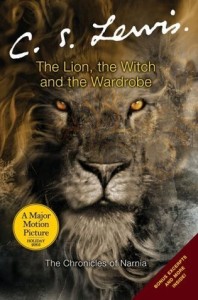 On entering my teens, I discovered shock horror authors like Guy N. Smith. James Herbert struck all the right notes with books like The Rats and The Fog.

Then I hit the paylode. I bought a book by a writer I hadn’t heard of that sounded promising: Carrie by Stephen King. It was good, but it was Salem’s Lot that cemented my love affair with Mr King’s books that continues to this day. 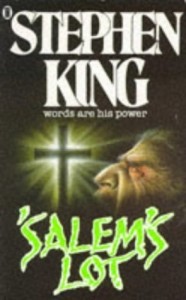 And then there was Tolkien. My parents had a hardbook copy of The Lord of the Rings, complete with wonderful illustrations upon which Peter Jackson based many of the sets for his films. I now have my own copy and return to it every few years.

In my twenties, a friend lent me a book by someone called Terry Pratchett: The Colour of Magic. Instant addiction. Every now and then I give in to the urge to reread every Discworld book and fall in love with that world all over again.

And there are others, many others, way too many to mention them all. Here’s a few: Imajica by Clive Barker, anything by Bill Bryson and Iain Banks (and Iain M. Banks), Jasper Fforde’s Thursday Next series, Wolf Hall by Hilary Mantell, Shadowland by Peter Straub, Christie’s Poirot novels and short stories. And there’s John Irving, Kurt Vonnegut, Laurie Lee, Robert Heinlein, Gerald Durrell, Isaac Asimov, Ray Bradbury, Frederick Forsyth, Philip K. Dick…

Reading has played such a big part in my life, it was almost inevitable that I would turn to writing fiction. My favourite books provide a means of escape from the trials and tribulations of real life. Writing serves a similar purpose, a sort of pressure-relief valve that also helps unclutter the jumble of my mind. And those authors and their books have had a profound effect on me, prompting awe, fear, sorrow, amazement, or simply entertaining me. I wanted to provoke the same emotions in others, though I’d settle for merely entertaining them. Sometimes mere entertaintment is enough.

Sam’s book – The Cleansing, which is superb is available now.