Narrator Nanou, a street prostitute, gives a detailed account of her day, from the moment she wakes up with a foul taste in her mouth, in her sordid rented room, until the minute she crawls back into her bed at night to sleep. Interwoven with her story are portraits of her clients. Oscar Coop-Phane invents an astonishing cast of original and deeply human characters – losers, defeated by the world around them – who seek solace in Nanou’s arms. Original and moving, this short book deftly paints a world of solitude and sadness, illuminated by precious moments of tenderness and acts of kindness. 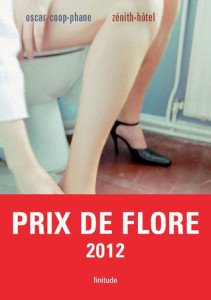 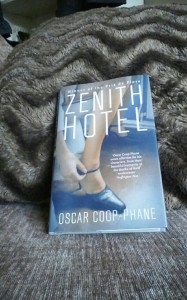 Translated from the French by Ros Schwartz

For a young man, Oscar Coop-Phane packs quite a punch with his writing – accomplished yes, you could almost believe that this is a writer who has been doing this for years – but also emotive, fascinating and with an insight into his characters that is second to none.

This is a uniquely human story, with a solitary, pragmatic soul at the heart of it, simply telling us about her day. The people she encounters, the raw side of humanity, with some little gems of purely poetic insight into the things that drive us. Set against the backdrop of a Paris unseen by most, this truly is a most amazing debut.

I read this in one sitting, immersed in that world, barely breathing – it hooks you straight in, holds you there until you emerge with a vague sense of wanting something you are not quite sure of. These are the moments readers read for..

Oscar Coop-Phane was born in 1988. He left home at 16 with dreams of becoming a painter and at 20 moved to Berlin where he spent a year writing and reading classics. There he wrothe Zenith Hotel which won the prix De Flore in France and then Tomorrow,Berlin (Arcadia 2015). Today he lives in Brussels and is working on his third novel, October.

Over the last three decades Ros Schwartz has translated a wide range of Francophone authors including Arcadia’s Dominique Manotti (whose Lorraine Connection won the 2008 International Dagger Award). In 2009 the French governmnet made her Chevalier De l’Ordre des Arts et des Lettres for her services to Literature.

If you fancy your very own copy of this novel….

For a chance to win one, simply comment here Or tweet me @Lizzy11268 and tell me the last character from a novel that touched your heart. Because its possible that Nanou will be the next…

One Response to Zenith Hotel – Short but beautifully sweet…