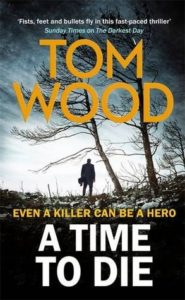 The Victor books have always been BOOM books for me. In that I get to the end of them and go BOOM thats the way to do a decent thriller. That is not to say there have not been ups and downs but mostly ups and A Time To Die is like a huge up. Or whatever.

Victor is entirely compelling as a character, cool as a cucumber, still waters run deep and all that and has that dangerous sexy vibe going for him that I can really get behind. Intelligent and driven he may be a killer but I can live with that especially as the majority of the time the people he kills are not my kind of people.

In this instalment his target is Milan Rados, a not very nice man and a war criminal. Victor finds help from an unlikely source but as ever things are not straightforward, cue action and mayhem and fights and lots of really cool stuff that fans of the thriller genre tend to get excited for. A Time to Die also had the added advantage of pitch perfect pacing, Victor being Victor and some immersive and occasionally oddly beautiful writing from Tom Wood.

Hey look, its a thriller. BOOM thats what you want and that is what you will get. This author knows how to get the reading adrenalin going and is extraordinarily clever in the way he keeps his main character mysterious and mostly unreadable. The occasional insights under the surface are quietly complex, bringing a depth to the outer story being told that you don’t actually find in this kind of story as a rule. This is why I am a fan.

Well that and the whole BOOM thing.

Highly Recommended. A Time To Die and the rest. 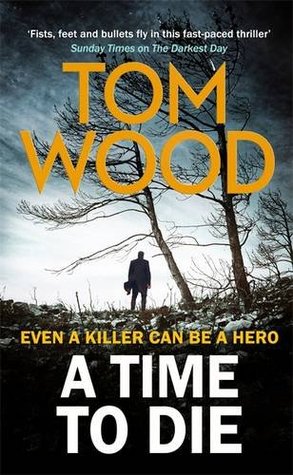