2016 Spotlight: Rather Be the Devil by Ian Rankin 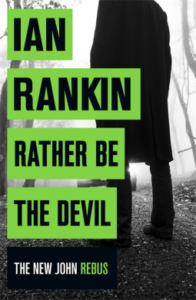 John Rebus, now a couple of years into his retirement finds himself drawn into a cold case from the 1970s involving a female socialite, found dead in a bedroom in one of Edinburgh’s most luxurious hotels. It’s a crime over forty years old, but no one was ever found guilty. Now, Rebus has his own reasons to investigate . . . but it is going to set him against some very dangerous people.

I was a late arrival to the novels of Ian Rankin, it is probably only the last few years I’ve been reading them avidly, despite the longevity of the series, but hey I’m all caught up now and being late to the party is better than never arriving at all.

The thing with the Rebus series and the writing of Ian Rankin is that it is totally insidious in its creativity – you kind of get hooked without realising you ARE hooked until the next book comes along and you devour it with all the ferocity of a true believer. Well ok maybe thats just me…

Anyway astonishingly this is Rebus 21 and whilst he’s not as young as he used to be he is just as tenacious and entirely adorable (ok maybe adorable is not QUITE the right word but its what I’ve got at the moment) I’m also rather fond and growing fonder of Malcolm Fox – so realistically this novel was always going to be one I was likely to enjoy.

And enjoy it I did – I see no need to go into huge depth on the story, thats what the reading of it is for, but suffice to say the authors trademark dark and devious plotting is out in full force, the characters live and breathe (I’m not sure how bad it is that I often end up feeling rather sympathetic towards the “bad” guys ) and Rebus despite having some fairly troubling personal distractions and not being officially anything, still goes after his man. Or woman. Or any poor soul doing their due diligence when trying to get away with murder.

Entirely brilliant writing, these will endure because they are kind of timeless even as they keep up with the times. Each one is a fully immersive experience and rather than lessening in impact or quality they just grow in both those things.

I’ll be sorry when Rebus inevitably has to head for the hills, but the world Ian Rankin has created here, in setting, authenticity and background won’t be going anywhere anytime soon, there are I’m sure a lot more stories to tell. And Rebus, the old dog, has quite a lot of life in him yet I’d say…

From first book to last.

To Purchase Rather Be The Devil clickety click HERE 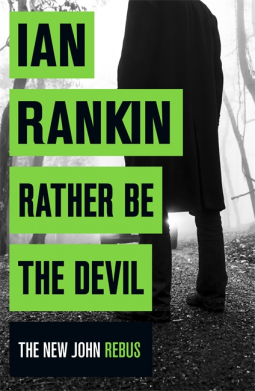 2 Responses to 2016 Spotlight: Rather Be the Devil by Ian Rankin