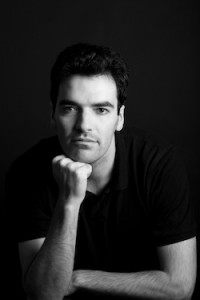 So I was extremely pleased to discover the Alex Verus series by Benedict Jacka during my hunt for all good things Urban Fantasy – I have read and adored the first two books in the series, reviews to follow, and I still have two to go. Hurray! To celebrate the release of the latest instalment, Chosen, I caught up with Benedict and asked him one or two things. Here is what he told me….

Tell us a little about the origins of Alex Verus – how were the seeds for the story, character and world that he lives in sewn in your mind?

The Alex Verus world was originally the setting for a bunch of young adult novels I wrote back in the early-to-mid 2000s.  A lot of things were the same (the magic system was set in place early) but a bunch more were different – the parallel worlds played a much bigger role in the early stories, for one thing.  I used a handful of different protagonists for those stories, but they were all some variety of elemental mage – fire, ice, air, that sort of thing.  As time wore on, though, I started to get a bit dissatisfied with elemental magic as a problem-solving device, as it was a bit too easy for them to just brute-force everything.  Somewhere along the line I came up with the idea of a mage whose magic only provided information, and Alex’s character more or less snowballed from there!
He is backed up by a fantastic cast of characters – do you have a favourite?
Luna’s probably the most fun to write these days, which is nice because she started out as one of the hardest.  As the books went on I got a better and better feel for her personality, until nowadays I can write her easily.  I like writing dialogue between her and Alex, it lets me be playful.
I love to cast characters in my head – who would you love to see playing Alex in a film adaptation?
No idea!  I love watching movies, but I can never remember actors’ names.  If I got the chance I’d rather get a TV series than a film anyway – less rushed (yeah, I know, it’ll never happen, but it’s a fun idea.

One book you would want if stranded on a desert island?

Is there a book called “How To Get Off Desert Islands”?
3 People living or dead you would like to go out for a drink with?
Hmm . . . a bunch of my favourite authors would be nice.  I’ll stick to dead ones . . . Agatha Christie, Jack Vance, Tolkien.
Coffee or Tea?
Tea, though I don’t drink either very much.  I’m very boring when it comes to drinks, and I usually just have water!
Thank you Kindly Mr Jacka!
Reviews 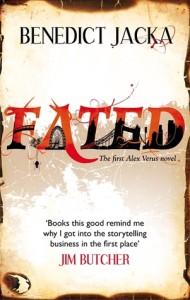 In my quest to find the best ever Urban Fantasy out there having fallen in love with this genre due to the Felix Castor novels by Mike Carey (thanks to my good friend Gary for his recommendations!) I came to the first in the series of Alex Verus novels from Benedict Jacka.

Alex Verus is a mage, a diviner to be exact, he see’s all possible futures and can act accordingly. Much preferring to stay out of the magic community, he runs a little magic shop and tries to stay out of trouble. Unfortunately a would be apprentice, a strange artifact at the British Museum and other mages both light and dark combine to foil his plans for peace and he ends up chasing clues all over London and trying to keep himself and his friends alive.

I LOVED this book. Its a rip roaring adventure with tons of humour, lots of action and, well, magic to boot. Who could ask for more? As is often the case for this type of novel, London is the setting, Camden more particularly and it lends itself well to the story – Benedict Jacka has an amazing ability to put you right on the spot, I’m never going to look at Camden in the same way again when I visit and I’ll certainly be looking out for Starbreeze! As for the characters they are all well drawn and despite their magical abilities very very like you and I. I loved all of them  – even the bad guys were great – I lived in that world while I was reading it and when I emerged I wanted to go back.

I would highly recommend this novel if you are looking to dip your toes into Urban Fantasy and I would also say for those of you who already love this type of thing that its at the top of its class. Brilliant. The very second my reading schedule allows I shall be returning to see Alex Verus again. You should join me. Happy Reading folks!

So we come to the second book in the Alex Verus series from Benedict Jacka and it has solidified in my mind that this is a set of books I’m going to adore…and read every single one for as long as the author cares to keep writing them. Brilliant Urban Fantasy.

This instalment finds Alex still hoping for the quiet life..but with his reputation growing its not as easy as it sounds. Luna, his sometime apprentice and friend is living up to her name, and when a beautiful woman literally throws herself at his feet whilst in mortal danger Alex reluctantly realises that, quiet life wishes aside, he’s just going to have to leap back into the fray…

I do love the characters and the world they live in. A familiar world on the surface but with hidden depths you can only imagine. Alex is a terrific creation – constantly questioning his own motivations then just shrugging and getting on with it, there are some terrific scenes involved when he is in ironic mode. His “sidekick” if you like, Luna, is emotional and torn between wanting to enter the world of magic and yet not really wanting to follow the rules. ..hence she often finds herself in trouble with Alex attempting to ride heroically to the rescue. He is a bit of an anti hero and often luck rather than judgement wins the day…all in all this makes for terrific reading.

Humerous yet dark in places, and with some very real life themes hidden cleverly within the plot lines (cruelty to animals in this case…there are nefarious goings on surrounding the mystical creatures who pepper the world of Verus) these are terrific books and will take you away from the mundane in life and give you a hint of wonder… 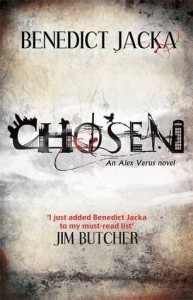