An old man is found murdered in his Glasgow flat. DI Ray McBain is called to the scene and is the first to notice that the man’s wounds mirror the Stigmata. The police quickly discover that the victim is a former janitor who worked in several care homes where he abused his charges. Is someone taking revenge thirty years after the fact?

McBain, as a child was a resident of Bethlehem House, a Catholic run care home where the murdered man worked and early on in the investigation, McBain decides to hide a crucial bit of evidence relating to his stay in the convent orphanage.

When his superiors find out, McBain becomes the prime suspect in the case and has to make a decision which will leave him on the run and alone, trying to solve the murders and, at the same time, the puzzle of his past – a past that is pushing into the present with a recurring suffocating dream of blood and feathers that descends on him every night.

Blood Tears is a dark, gritty urban thriller, the first to feature tortured protagonist McBain- it is pacy and considered with an intriguing and emotional plot line.

McBain has more issues than you can shake a stick at as his past haunts him and he is accused of murder, yet the author brings an ironic humour to proceedings giving a lovely yin yang to the read and keeps you turning those pages.

Probably not for the faint hearted but definitely for those who love their crime fiction dripping with atmosphere and featuring strong, unpredictable characters, Blood Tears is a genuinely haunting and addictive read.

You can order Blood Tears Here. 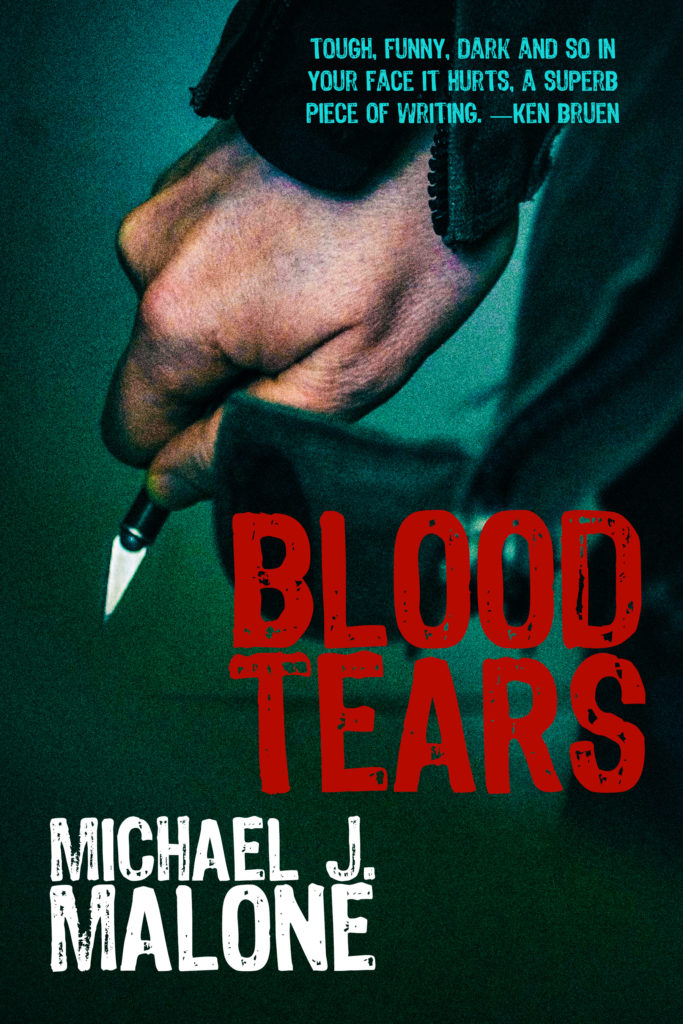