So there is no way on earth that we can have a week on movies and the books that inspired them without mentioning Mr Harry Potter. The creation of J K Rowling, Harry is now a worldwide phenomenon and it will endure for generations to come, I have no doubt! Admittedly my knowledge in this area is basic – I know lots of people will shout at me but I have never sat down and properly read the books – and the movies have been watched with half an eye with my young boys who of course adore all things Potter! However I’m lucky. My good friend Victoria is what is affectionately known as a Potterhead – so I will hand over to her and she will tell you about all things Potter! (No Victoria I DIDNT edit – your enthusiasm shines!) 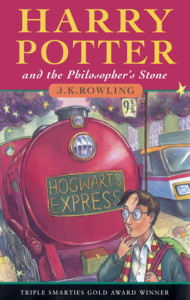 This may possibly be my most favourite subject.
Harry Potter is a series that WILL live on forever. JK Rowling is a genius. Nobody can deny this, wether you love or hate her, she managed to write a series of books that got the world, yes world, reading!
Kids that didn’t read started reading, and some of those are huge 500 + page books, adults started to read it also to find out what all the fuss was about.
Kids and adults alike then camped out in order to get their hands on the latest book. How often does this happen? Especially when it comes to kids books!

It’s not often. And how often do you come across a book, let alone series of books, that adults love and enjoy as much as the children.

The reason Harry Potter will live on forever is because of the fan base, the Potterheads, are the most loyal fans there are. We re-read avidly and as we grow up, we then read to our children and the magic of Harry Potter starts all over again for the next generation.

So as a huge bookworm, I’ve always absolutely hated any film adaptions that are made. I’ve sat there and moaned about parts missed or parts that aren’t portrayed right to how I saw it in my head. I’ve even been known to be so angry with certain film adaptions (The Time Traveler’s Wife) that I had to throw it it the bin!

But…. With Harry Potter I adore the films as much as I do the books. Why is that? The films do vary massively to the books yet I’m willing to accept this and still love them.

The detail in the films really are quite outstanding, in EVERY way! The ideas Rowling sets in your head whilst reading really do come alive on the screen. Each character looks exactly like what you expect, it’s incredible. The scenes are set perfectly, but, the castle is surely the most magical. As is the great hall, it’s absolutely spot on.

Now of course the films aren’t exactly perfect when it comes to what we greedily take from the books, but if we are really honest with ourselves, if they didn’t edit things out we would be sat in the cinema for 12 + hours (yes! I hear you Potterheads we would of managed that no problem, but its those muggles, you can’t deny them a little magic!) So of course in order to get them onto the big screen they of course have to do LOTS of editing, which does unfortunately mean we lose some of the best bits! 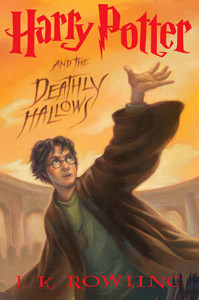 What we miss from the books is that the Dursley’s actually treated Harry a lot worse. They sent him the most pathetic Christmas presents, we all remember that year with the dirty sock! (That’s if you read the books).
We don’t get to see the time that Dobby decorated the Room of Requirement in hundreds of Baubles with the caption “have a Harry Christmas” (a personal favourite), or just how big a part Dobby actually plays in the books. He is rarely seen in the films, compared to the books but actually plays a huge part in Harry’s school life, it wasn’t Neville who gave Harry the Jellyweed in Goblet of Fire it was our lovely Dobby. We never even get to meet Winky in the films another BIG part in Goblet of Fire, which is actually so far from the book it’s unbelievable, she is a drunk and sobbing mess. Which then gets Hermione setting up S.P.E.W (no I’m not telling you what that stands for read the books!).
We never fully appreciate Harry’s sarcasm in the films something I find quite sad as its really rather brilliant to Read and inagine. His and Ron’s humour shines through within the book and although we see snippets of this in the films I sometimes feel we could of seen more.
Harry really is an angry little teenager too, we can’t blame him his had such an awful start in life. But of course the books are always so much more detailed and we are told exactly how he is feeling at every stage, whereas in the films we have to work it out for ourselves by how he looks or by what he says.
Hermione’s character is portrayed really well in the films and I wouldn’t say there is too much that is massively different, of course there are some. Hermione is not only a geek, bookworm, nerd, teachers pet, whatever you can think of, she goes out of her way to help people. Remember Hagrid and Buckbeak’s dilemma in Prisoner of Azkaban? Well in the books Hermione goes out of her way to research and spend all of her time getting Hagrid ready to face the “jury”. As well as doing all her work and trying to get to two classes at one time! Lets also not forget those boys wouldn’t of survived without Hermoine and her books.

The relationship between Harry and Dumbledore is really very special and although we do see this in the films, what we get from the books is something so much more. It really is remarkable just how much Dumbledore loves Harry.
It’s the same with a lot of the older characters take for example Mrs Weasley, she really does take Harry on as another son. Another brilliant example of this is, in the Goblet of Fire when the tournament starts, members of the champions families come to wish them luck and Harry has no-one, well in the book it’s Mrs Weasley and Charlie Weasley who are there to support Harry.

We never truly get to know Lockhart (Chamber of Secrets) through the film either. He was self obsessed, arrogant, egotistical and had us being sick in our mouths, yet we loved to hate him. He organised a dwarf dressed as Cupid to follow the kids round the school reading aloud Valentines notes. Poor Harry was rugby tackled to the floor and sat on by him. Missed that in the film didn’t you?
He also pops up in the Order of the Phoenix book, no really he does, see that doesn’t happen in the film either. (Not telling you! Nope, you will have to read them). 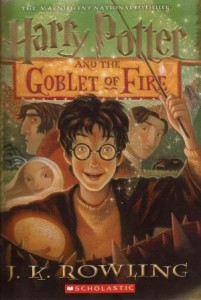 With my favourite book The Half Blood Prince we see Harry spending a lot of time with Dumbledore, which is possibly why it’s my favourite. Even though we sadly lose him (I cried for hours) it’s brilliant to spend so much time with him in the books and gain more knowledge of him. We all remember the part where Harry uses a spell from the Half Blood Prince’s book/film and causes Draco to become really hurt. Well in the book Ginny DOES NOT HELP HIM! He hides it alone. We also don’t see anything that Draco is up to with birds and cupboards in the book, because well, we only ever follow Harry around.

The last two films are very special and I can see why they did it (money) but I also am so pleased they did two because it allowed more of the book to be shown than in earlier books when HUGE chunks were just missing. (Read the end to Goblet Of Fire and you will see just how different it is).
They were different and they missed parts out that still to this day really upset me, for example, when Harry saves the day and all is well, he goes back to Dumbledore’s office and Dumbledore’s portrait is there and has tears down running down his face, and Harry asks him more questions, he then, (and this is the most important) FIXES HIS WAND! I was furious they didn’t do this in the film because that wand was part of Harry. He also tells Dumberdore that he is putting the Elder Wand back where it belongs, but in the film he snaps it and throws it!!!!!!
Let’s also highlight that once Harry comes back to “life” he doesn’t run from Voldemort, he hides under the invisibility cloak whilst Neville is causing a commotion, then starts firing jinxes and curses at any death eater he can whilst trying to find Voldemort. He finds him in the great hall and reveals himself. He and Voldemort then face each other and Harry explains EVERYTHING. He then finishes Voldemort once and for all. The epilogue is pretty fantastic though and ended how it should of so I was very pleased with that.

The books are so detailed and so epic that you really feel as though you are living the story. Nothing will ever come close to them and I don’t imagine we will ever discover anything that will top Harry Potter.

The films although are different and lacking the detail that only books can portray, they are still absolutely magical and bring the story to life that little bit more. The films also help to bring more people to the books (I hope) because anyone who watches them and hasn’t read them, if they like them and it makes them slightly interested in giving the books ago then what does it matter too much if the films are different? Because by making the films they are allowing a wider audience to become part of the Wizarding world and allowing those that don’t read to fall in love with Harry also.

The films are also brilliant for those who maybe haven’t got time to re-read them when they want, but want to go back into Harry’s world and can by watching the movie. 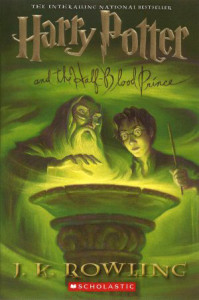 The films are so enjoyable and I love them dearly but I urge anyone who has only watched the films and never read the books to go out and read the books. They are truly magnificent and so incredibly detailed more than the films ever could be.

So I honestly love the films, yes they miss out my favourite parts or in some of the films, vital parts, but they are REALLY good and I wouldn’t have them changed. I like to think of them as a refresher of the books.

I really could of gone on and on some more (don’t groan!) but I must dash as I have a Potions Lesson with Snape (now you can groan)