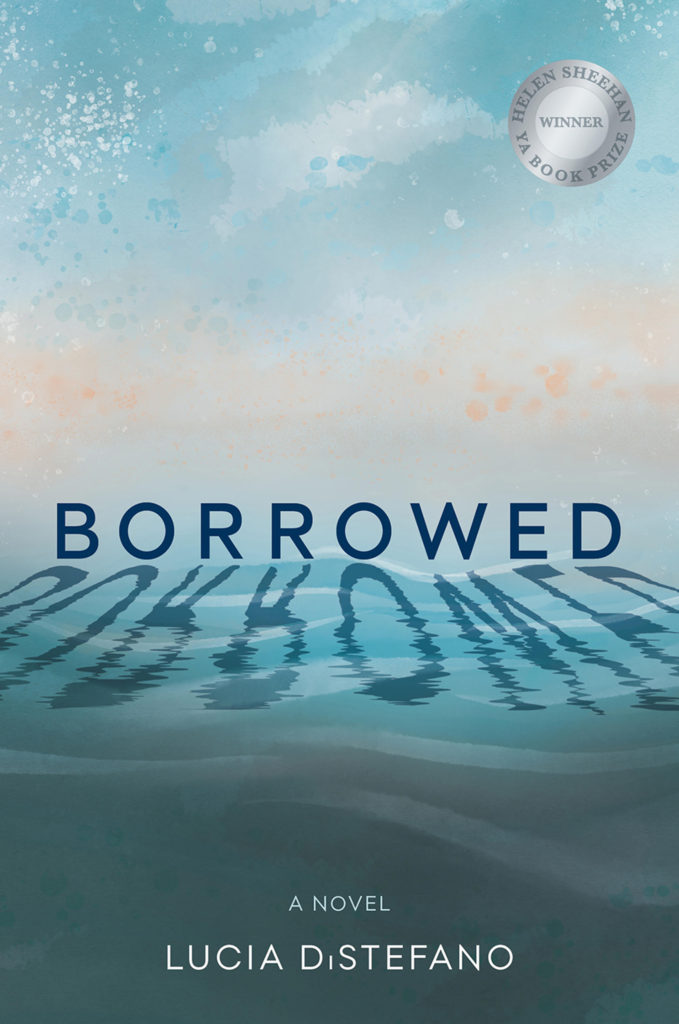 As seventeen-year-old Linnea celebrates the first anniversary of her heart transplant, she can’t escape the feeling that the wires have been crossed. After a series of unsettling dreams, inked messages mysteriously appear on her body, and she starts to wonder if this new heart belongs to her at all.

In another Austin neighborhood, Maxine braces for a heartbreaking anniversary: her sister Harper’s death. Between raising her brothers and parenting her grief-stricken mother, Max is unable to ignore her guilty crush on Harper’s old flame or shake her lingering suspicion that her sister’s drowning wasn’t really an accident. With Harper as the sole connection, Linnea and Maxine are soon brought together in fantastic and terrifying ways as the shocking truth behind Harper’s death comes to light.

Borrowed is a beautifully written and highly engaging novel, about grief and loss, but also a bit of a hybrid in the way it changes up as the narrative goes on.

Lucia DiStefano is a wonderful writer, fully immersing you into the story of Maxine, grieving for her sister, trying to keep it together whilst also having suspicions about the circumstances surrounding Harper’s death. The author captures the sense and feeling of her characters perfectly and before she sends you off on a twisty, unexpected path you are right there with them, waiting to see how it all pans out.

Borrowed was a very different kind of novel, I was especially intrigued by Linnea and the heart transplant thread which was fascinating and clever, the story doesn’t do what you think it is going to do at all, which made the reading of it really addictive.

A wonderfully literary feel, a dynamic and layered set of characters along with the added benefit of being a truly addictive page turner, makes Borrowed a must read – unsurprising to me that it is winning awards.