Getting to Know You with Gwen Parrott 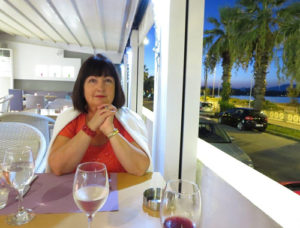 ‘Dead White’ is set in rural Pembrokeshire, South Wales, during the terrible winter of 1947. Della Arthur has just arrived off the train to take up a job as the Headteacher of the local school when she becomes disorientated in a snowstorm and is forced to take shelter in what she thinks is an empty farmhouse. The terrible discovery she makes there, and the bewildering lack of concern of the locals, drive her to seek the truth. As if the weather didn’t make life hard enough during that particular winter, Britain was still recovering from WW2, and everything was rationed. Life in the remote village of Nant-yr-Eithin is tough – no electricity, no transport apart from bicycles or a horse and cart, and every luxury nothing but a distant memory. It’s a world that is only 70 years ago in time, but it might as well be 200. However, Della is feisty, determined and self-sufficient, and despite only having the help of an Italian prisoner of war, and having to cope with a disturbed pupil and a very unwelcome guest, nothing is going to stop her finding out what happened.

I grew up in a very similar village to the location of the book, and although we had electricity, it used to fail regularly. I lived through two episodes of deep snow, when the village was cut off for six weeks at a time and my dad was the Headteacher of the local two-roomed school. As an only child I was adept at making my own fun. I don’t remember being lonely, because there was a real sense of community, and you were free to wander almost anywhere. My parents also included me in every decision and discussion, and my obsessive interest in people was sparked and encouraged by them.

Both. I can remember being quite sad when I had to give up Needlework in order to do Latin. Oddly enough, although Latin has been hugely useful right through life, crafting of all kinds has been my main means of relaxation. I suppose it was worth it – you can make a lot of progress in crafting by teaching yourself. Latin, not so much.

Good question, because for many years I never really considered the possibility that writing could be anything more than a secret pleasure. Then, by a series of lucky events, I was offered the chance to help storyline and script a Welsh language radio soap for the BBC. I finally felt I’d come home, and it was a very valuable experience – and an incredibly steep learning curve.

Do you remember the first moment you wanted to write?

No, because I’ve done it ever since I could print my name. When I got pocket money, it was a really hard choice between a bar of chocolate and a shiny red exercise book to write down my latest epic. The exercise book won out very often. The sight of a fresh, unsullied page still fills me with joy – all those possibilities.

People who sacrifice their own lives and comfort in order to devote themselves wholly to a sick or disabled loved one. I simply don’t know how they get out of bed in the morning. It’s humbling to consider their selflessness and disgraceful that they don’t get more help and recognition.

Some years ago, my mother and I went down to the south coast to Sidmouth for a few days’ shopping before Christmas. The hotel held a quiz night and guests formed themselves into teams – some made up of whole families or people on a group holiday. Mum and I didn’t know anyone else so we just did the quiz for a laugh although it didn’t help that she’d left her spectacles in our room. When we’d handed in the answers, the quizmaster told us that two teams had drawn – a team of eight and guess who – us. The tie-breaker was ‘What bodily process goes at 150 miles an hour?’ – and I happened to know that the answer is a sneeze. We won a box of chocolates and a bottle of sherry, but quite frankly, I wish we’d stayed in our room that evening, because the team who lost took massive umbrage and were mortally offended at having lost to a team of two, one of whom had had to have the questions read out to her. They ignored us pointedly from then on. You could feel them glaring from the other end of the dining room. I actually heard one of them mutter ‘I bet she’s having an affair with the quizmaster!’ I laugh now when I think of it, but at the time it was quite disturbing – good copy, though.

If it’s within my field of capability then I do it myself – otherwise I just shout for my husband.

Night owl, definitely. It is beyond me why people get up at the crack of dawn – there’s nothing happening! I also like being up late at night, with the sense of the world winding down, lives being lived behind lit windows, strange noises and lonely pedestrians passing by. It’s no coincidence that my favourite painter is Edward Hopper – he captures that mood so well.

‘We need to talk about Kevin’ by Lionel Shriver. She has famously said that it’s a book that polarizes readers – you’re either on the mother’s side or the son’s side. And despite recognising the mother’s shortcomings, I’m with her and I feel for her.

‘Lake Wobegon Days’ by Garrison Keillor. He could copy out pages from the phone book and I’d still find them funny. One of the reasons he resonates with me is that parts of his experience of childhood and community are familiar. It’s a mistake to think he’s a ‘cuddly’ writer and I so admire his turn of phrase and his cold, clear eye.

Leggings are not trousers – anyone who tells you they are is lying.

During the harsh winter of 1947, Della Arthur arrives at a remote Pembrokeshire village in the middle of a snowstorm to take up her new job as headteacher of the local primary school. Losing her way from the train station, she comes across a farmhouse and takes shelter there. After finding two dead bodies inside, Della struggles to discover the truth behind their deaths. She soon realises that in this close-knit community, secrets and lies lurk beneath the surface of respectability.

Della must choose who to trust among the inhabitants of this remote village – should she reveal what she knows to the sardonic minister of the local chapel, Huw Richards, or the Italian prisoner of war, Enzo Mazzati? Della finds herself under siege on all sides, and encumbered by an unwelcome lodger, a missing colleague and a disturbed pupil. It is only when her own life is threatened that she understands how dangerous her discoveries in the farmhouse really were.

You can purchase Dead White HERE 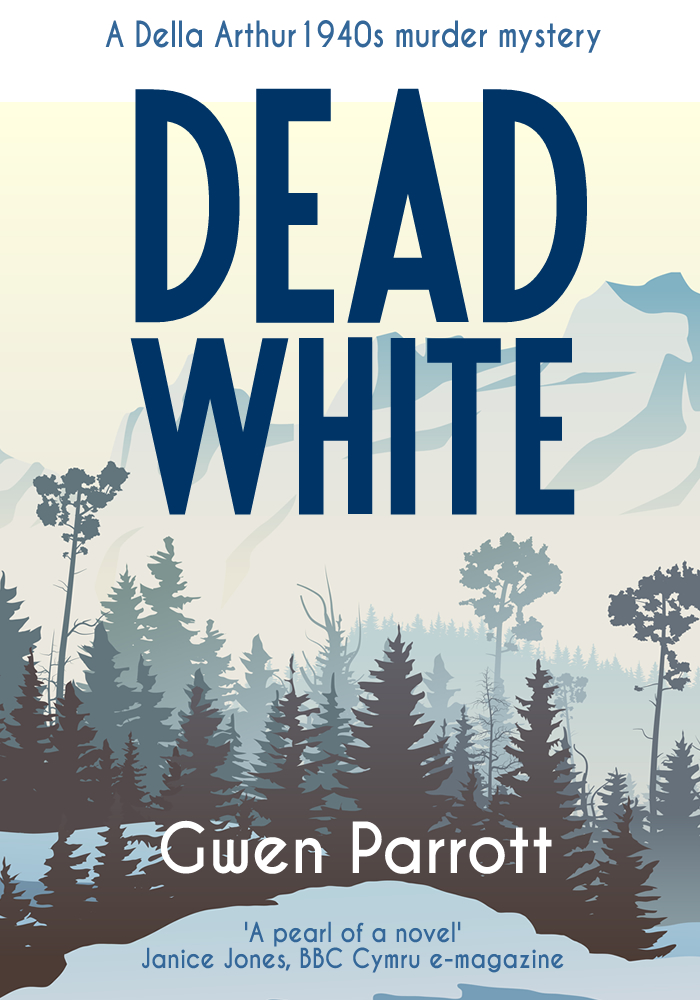