Getting to know you with Tom Roberts… 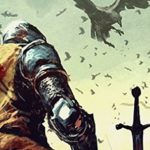 Today I’m getting to know Tom Roberts, author of  The Kingdom of Men, The Horse Lord, Rose’s Story and soon to be released The Riders of the North: The Games. You can try Chapter One for free on the Kindle HERE. Thanks so much to Tom for answering my questions – fascinating stuff in this one and in a few days on the blog he’ll be back talking about the inspiration behind the latest release. Look out for that one too, its great!

I grew up in Ruabon, a village in North Wales, near Wrexham and lived there until I was 12 when I moved to a border town in Shropshire. My family life was pretty typical; my mum is a teacher and my dad a physio technician at the local hospital. I have a younger brother, who like all siblings can be a pain but he has kept me going when things got tough.

When I moved to secondary school life changed because my mother started a new job as Deputy Head at a private, independent school so I went into year 7 (as staff children get a discounted place) That was a culture shock for me, growing up in a working class village in Wales, to suddenly finding myself in the same school as a Duke!

Neither really. I was sporty and the class fool. I played rugby, cricket, and football and through most of my schooling I messed around in class and was at times disruptive, culminating in me being suspended in year ten. I learnt my lesson from that so buckled down and passed my GCSEs. I went onto 6th form at Ellesmere and got three good A-level grades so went off to university to study history. Post-education I think I have finally got to the point where I am academic and creative as I run my own business, I write novels, so I got there in the end but my early years of secondary schooling weren’t best used. My mum will argue that it was because I wasn’t challenged but I say I was just a bit of a tool!

The first job I really want to do when I was a child was to be a fire-fighter, as lots of boys do, and that did stay with me for a while and then I switched to wanting to be a fighter pilot but due to my dyslexia and my dislike of maths, that wasn’t going to happen. I was in the army cadets so I decided to aim at getting in as an Officer and that’s what I pursued all the way through until past graduation. I went through the first stages of selection but unfortunately due to the level of my dyslexia I didn’t get through the selection process and that put an end to that – so as you would expect, I left the country and travelled whilst I thought about what I really wanted to do.

I never set out to be a writer; it wasn’t something that came on my radar. Being severely dyslexic (and I am in the top 1% of severity – not the top 1% you want to be in but those are the cards dealt to me) it wasn’t something open to me. I was good at English Literature in school, I always enjoyed exploring the different texts and characters as reading had not been the issue; it was writing/spelling that was the problem for me, so much so that my version of spelling words was a language of its own! After university I took a gap year and travelled, going across America, and on my return I decided to try and find a way to improve my writing so I started to write for myself, not for anyone else and not because I thought it would lead to anything. For the first time I could let my imagination run free to write what I wanted – no exam constraints – and so the characters walked into my life, the stories came and, strangely, I felt really happy when writing – which was a complete contrast to everything I associated with writing up to that point – when I finally shared my stories with others they were well received and things developed from there – now I just love it.

I don’t really have real life heroes; I never really had a role model as such, except obviously my parents. Mainly because although I played a lot of sports I never really followed a particular sportsperson or team, or was that interested in movies or anything like that. I did always enjoy history, which is why I pursued it to degree level, so if you asked me who is one of my heroes but not alive it would have to be either Alexander the Great or Genghis Khan, which might seem peculiar, I don’t admire what they did but I do admire the conviction with how they did it.

I am sure there will be more to come, and there are too many to share them all, as I do get myself in some fixes, but one of the funniest moments (well for everyone watching!) was at a New Year’s Eve party at my friend’s house. Her fiancé asked me to help him sort the outdoor lights and fireworks and, happy to help, I jumped over the fence as a shortcut, so didn’t spot an open cesspit on the other side, and landed right up to my chest in excrement! I had to spend the rest of the evening in a pair of rugby shorts that he gave me to change into whilst my jeans went into their washing machine. That is just one of many that my friends bring up when we start the ‘do you remember ….’

Definitely expert as I helped my dad when I was 16/17 with the self-build of our house so I feel very confident with most DIY things, at a basic level there is not much in the house I can’t put back together or fix

Both. I love being up and about in the daytime doing stuff and for those who don’t like mornings I can be annoying, one of those chirpy ones! But, I don’t need that much sleep so I like going out at night and hanging out with friends so I am happy to burn the candle at both ends

I read historical fiction or fantasy so although there isn’t a book that has had me in tears I do invest in the characters and the plot. There have been TV shows or documentaries that have moved me, particularly when friendship and loyalties are stretched or when someone is left isolated. I do hate that.

There were sections in Richard Ayoade’s autobiography that made me chuckle.

Spend an hour a day not thinking about yourself, think about the people around you, and the world, and put your troubles in perspective. Remember that in the end, when we shuffle off this mortal coil, it isn’t the stupid things you’ve done that will bother you, what you will regret is the things you didn’t.

Purchase links can be found HERE 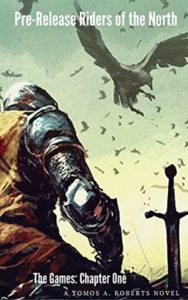 An epic fantasy series to take you into a world of adventure and intrigue, where the Elders control their Kingdoms, but it falls to the young warriors to protect the world.