Happy Publication Day – Lucy Atkins and The Missing One. 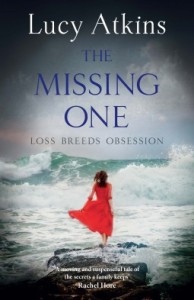 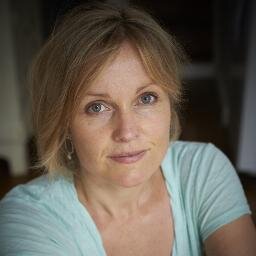 So a very happy Publication Day to Lucy Atkins for “The Missing One” a book I was lucky enough to read early – review to follow but first I tracked Lucy down to ask her some questions and here is what she had to tell me. More information is available via her website – link at the end of this article.

Tell me a little about how the story first started taking shape in your mind.

The idea behind The Missing One came to me when I stumbled across a magazine article about one of the first scientists (and possibly the first woman) to study killer whales in the wild. In the early 1980s she was living on a tiny island off the British Columbian coast, going out on the ocean in all conditions, filming, photographing and listening to killer whales (even when her baby was born – she just took him with her!). I used to live in Seattle, and I love the landscape of the coast around Seattle and Vancouver – and I still have a real longing for it. I soon found myself doodling a short story about a killer whale researcher. My short story turned into a long story, my researcher became Elena, the mother of my main character, Kal (an ordinary British mum with a little toddler called Finn, and a husband called Doug who may or may not be having an affair). Then I realized this was much bigger than a short story. I was writing a novel….

The relationship between mother and daughter is an intriguing one – are there any personal experiences in the mix?

There are definitely some similarities between Elena, the mother in The Missing One, and my own mother – but also a lot of it is purely made up. My own mother, who is in her eighties now, is a huge personality – she’s very bright and she’s a real force to be reckoned with (in a good way!). Elena, the mother character in The Missing One definitely has some of my mum’s fierceness, and intelligence. She also has a few of my mother’s small habits. But Elena’s love is far less reliable than my own mum’s. Kal (the main character in The Missing One) doesn’t trust Elena not to hurt her or push her away. I’m delighted to say that my own mother has always been constant and loving and unquestionably there for me. But I do think perhaps the power and strength of Elena’s love for Kal (and then Kal’s for her own baby) is rooted in my own mother’s enormous love for me (and mine for my own children).

The background on Killer Whales is fascinating – did it take a lot of research?

Yes – I read anything I could find, and spent a lot of time – way too much time probably – on Killer Whale websites. At one point I even found that there are webcams where you can watch murky ocean scenes and listen to Killer Whales calling to each other (if you’re lucky). So yes I’ve spent many hours ridiculously obsessed, though I dread to think what errors I’ve made. I’ve also realized that I must stop myself boring people in pubs or at parties with killer whale talk. You see their eyes glaze over….fortunately, I think I’ve kept that under control in the novel. Killer whales are in The Missing One, but only in the background of the real human  mother-daughter story.

Susannah is my favourite character. I am not sure what this says about me as she’s bossy, unstable and possibly even dangerous. I think she’d be entertaining company if you weren’t on the wrong side of her. She’d never bore you that’s for sure.

I read anything that sounds good – I don’t really go back to any one book or author for comfort though Jane Eyre (or maybe Villette) by Charlotte Bronte has to be my all-time favourite novel. I love reading clever ‘domestic’ thrillers like Gone Girl, or Before I Go to Sleep. Recently I also really enjoyed The Cazalet Chronicles by Elizabeth Jane Howard – intelligent family sagas.  I like my comfort read to be intelligent and well-written, but not hard going. That’s actually what I was trying to do with The Missing One – produce something that sweeps you away, stimulates and diverts you without being pretentious. I wanted a good plot but also characters you like and believe in.

Cafés (nice independent ones, ideally, not Starbucks). I lived in Boston for two years recently and wrote The Missing One mainly whilst sitting in gorgeous American cafés. The sound of chatter and espresso machines never disturbs me. If I get bored I eavesdrop. And I can’t get up and do the laundry. All there is to do is write (or read). And eat cake.

One book you wish you had written.

Jane Eyre or Villette – but then again, maybe not as I’d then have had to die young of pregnancy sickness. Poor Charlotte Bronte.

First thing you would save apart from family/pets from a burning building.

For each of my children I’ve written a sort of sporadic diary of their baby/toddlerhood/young childhood – just notes of the funny things they said, or how I felt about them at that time, or what they were up to. I’ve stuck in the odd photo or ticket stub. It’s chaotic, sometimes illegible, and my firstborn’s is an awful lot more substantial than my third child’s book, but they’re absolutely precious.

Thank you so much Lucy!

Kal McKenzie always had a tricky relationship with her mother, Elena, but when Elena dies of breast cancer, Kal is bereft: how do you mourn a mother whose love you could never count on?

So, I found myself reading two equally compelling but very different books about how the choices of a parent can affect their children – this one and the recently reviewed “This Child of Mine” so I’m surprised I’m still standing – phew, talk about emotional responses to books, “The Missing One” had me tied up in all kinds of heartache in the best way possible.

Kal is a complete mess when we meet her in the opening stages of this story – having just suffered the loss of a mother she never really understood, she is also tackling the very real possiblity that her husband is having an affair – this leads her to an impulsive move and one that may cost her more than she imagines.

Determined to unravel her mothers past in order to come to terms with her own sense of self, Kal travels to a remote location to unlock the secrets of her childhood. Taking young son Finn with her, she finds a mystery with its roots in the lives of a group of people she had never even heard of – including in a very real sense, her own mother.

We hear the story of Kal’s journey alongside snippets of her mother Elena’s earlier life, and as the tale progresses, long held and deeply buried secrets start coming to life -and this is compelling stuff.

Some amazing characters can be found here – Kal herself is a nightmare in a wonderful way, I often wanted to slap her, so naive is she about the motives of others – and so seemingly determined to continue on this path despite circumstances screaming at her “NO GO BACK! ANYWHERE BUT HERE!”. To be fair to her though, her father is no help – he is annoyingly cryptic and if at any point in the whole dilemma he had actually just told the truth, so much heartache could be avoided – and therein lies the beauty of the storytelling here..our very real and heartfelt attempts to protect our children can often be the very thing that is doing them the most harm..

When Kal meets Susannah, an old friend of Elena’s, things really begin to snowball – a wonderfully drawn complex character, Susannah holds the key to it all, but she is strangely reticent…and the very real sense of threat surrounding her is palpable in the pages she inhabits…cleverly done.

Descriptively speaking this is beautiful writing – the parts of the story that deal with the wonderful wildlife, specifically Killer Whales, is brilliant and I learnt a lot – I feel some research coming on, I want to know more about this subject. As a backdrop to Elena’s life and the things that drive her, it is organic and totally believable…you can almost forgive her for what comes later.

All in all a wonderful tale, well told, one that may leave you slightly overwrought in the best way possible, and one that I would highly recommend for those who like family drama with a mystery and thriller element.