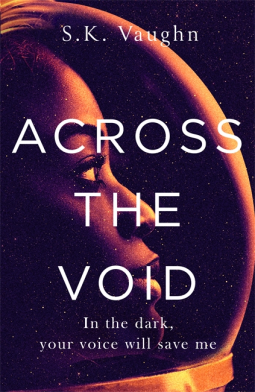 Commander Maryann “May” Knox awakes from a medically induced coma alone, adrift in space on a rapidly failing ship, with little to no memory of who she is or why she’s there.

Slowly, she pieces together that she’s the captain of the ship, Hawking II; that she was bound for Europa—one of Jupiter’s moons—on a research mission; and that she’s the only survivor of either an accident—or worse, a deliberate massacre—that has decimated her entire crew. With resources running low, and her physical strength severely compromised, May must rely on someone back home to help her. The problem is: everyone thinks she’s dead.

Back on Earth, it’s been weeks since Hawking II has communicated with NASA, and Dr. Stephen Knox is on bereavement leave to deal with the apparent death of his estranged wife, whose decision to participate in the Europa mission strained their marriage past the point of no return. But when he gets word that NASA has received a transmission from May, Stephen comes rushing to her aid.

What he doesn’t know is that not everyone wants May to make it back alive. Even more terrifying: she might not be alone on that ship. Featuring a twisting and suspenseful plot and compelling characters, Across the Void is a moving and evocative thriller that you won’t be able to put down.

Across The Void is highly entertaining with some brilliant characters, Eve especially even though she is not human, this was a novel I devoured in short order enjoying every last moment.

If you enjoyed The Martian I imagine you will love Across The Void. This time its a lone female in peril in space, trapped on a ship that is falling apart with only the A.I. Eve to help her hold things together.

Cue an adventurous twisty tale interspersed with back story and conspiracy as May’s husband determines to bring her home against all odds. Battling earthly elements who just want May gone and living with all the ups and downs of their past relationship Stephen is also a highly engaging character.

There are plenty of edge of the seat moments, but what makes this book is the developing relationship between May and Eve – bringing humour, irony and witty observation to the tale which adds so much to it.

Part Scifi, part love story, part thriller, Across The Void is an outstanding read. Loved it

You can purchase Across The Void (Sphere) Here.
Happy Reading!