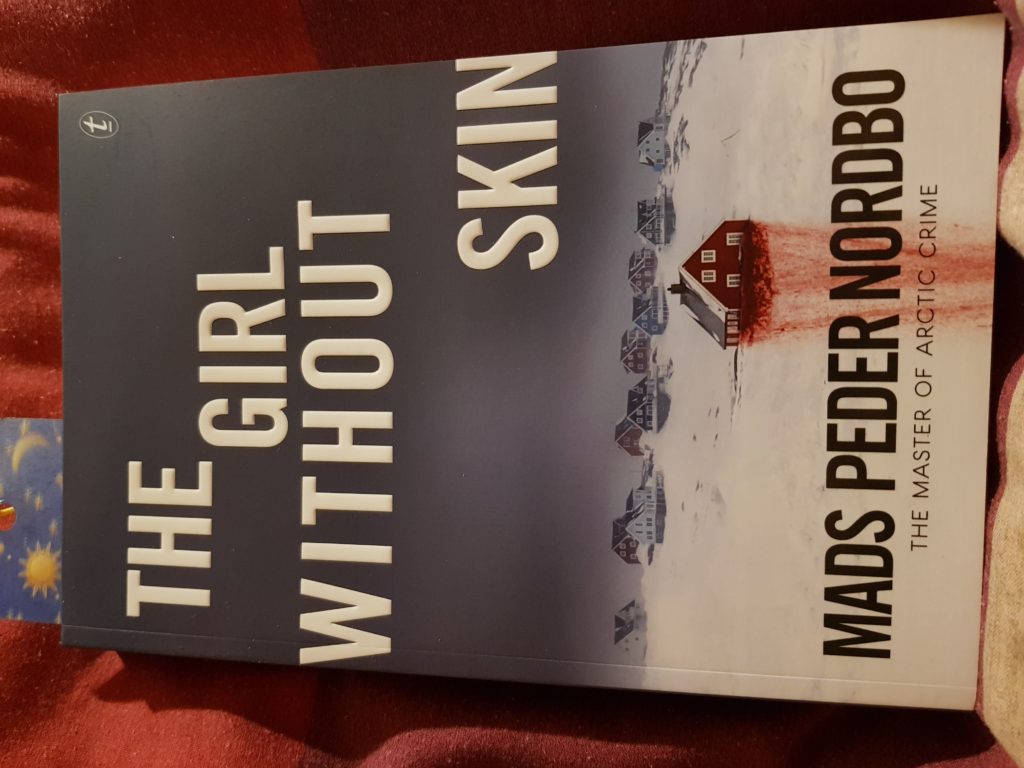 They were near the edge of the glacier. The sea beneath the helicopter was dense with pack ice. In front of them, the endless whiteness stretched as far as the light could reach. It hurt his eyes. Millions of white crystals. Except in one place. One spot. Right where the mummified Norseman had been found and Aqqalu had kept watch. There, the ice was glossy red.

When a mummified Viking corpse is discovered in a crevasse out on the edge of an ice sheet, journalist Matthew Cave is sent to cover the story. The next day the mummy is gone, and the body of the policeman who was keeping watch is found naked and flayed—exactly like the victims in a gruesome series of murders that terrified the remote town of Nuuk in the 1970s.

As Matt investigates, he is shocked by the deprivation and brutal violence the locals take for granted. Unable to trust the police, he begins to suspect a cover-up. It’s only when he meets a young Inuit woman, Tupaarnaq, convicted of killing her parents and two small sisters, that Matt starts to realise how deep this story goes—and how much danger he is in.

Arctic Fiction. I think I love it. Greenlandic fiction? Even better.

The Girl Without Skin is a darkly delicious crime novel, utterly gripping with a tension filled storyline and a strong emotional core.

The story is set over two timelines- in the first, Matthew Cave is drawn into an old murder case whilst covering a supposedly Viking corpse…but this ain’t no Viking…

In the other, Jakob Pederson investigates the brutal murder of four suspected child abusers..with political pressure on one side and dangerous men on the other, one day, Jakob is gone…

This is brilliantly absorbing, casually brutal and has a lot to say both socially and politically about many currently  relevant issues.  At the same time it has a poetic sense of place and draws on that to create an atmospheric and absolutely riveting mystery tale with cleverly drawn, engaging characters and an unexpected direction.

It is edgy and unpredictable and randomly rage inducing but intelligently plotted and a superb read first page to last.

You can purchase The Girl Without Skin (text publishing) Here.