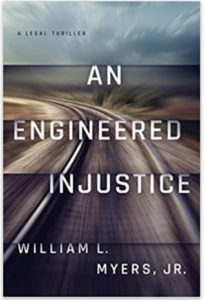 What if the deadliest train wreck in the nation’s history was no accident?

When a passenger train derails in North Philadelphia with fatal results, idealistic criminal defense attorney Vaughn Coburn takes on the most personal case of his young career. The surviving engineer is his cousin Eddy, and when Eddy asks Vaughn to defend him, he can’t help but accept. Vaughn has a debt to repay, for he and his cousin share an old secret—one that changed both their lives forever.

As blame for the wreck zeros in on Eddy, Vaughn realizes there’s more to this case than meets the eye. Seeking the truth behind the crash, he finds himself the target of malicious attorneys, corrupt railroad men, and a mob boss whose son perished in the accident and wants nothing less than cold-blooded revenge. With the help of his ex-con private investigator and an old flame who works for the competition, Vaughn struggles to defeat powerful forces—and to escape his own past built on secrets and lies.

An Engineered Injustice follows the same law firm from A Criminal Defense which I purchased and loved recently, but either could be read as a standalone and I highly recommend both especially if you have been lacking good legal thrillers in your reading life…

A train crash, a huge loss of life, and  immediately there are lawsuits – but in the case of Vaughn’s cousin Eddy, a possibility of criminal charges as it may well be that he is responsible for the crash, an event he has no memory of.

This is a clever, absorbing and often thought provoking read – with some excellent characters, proper full on courtroom drama and a mystery element that is unpredictable and highly intriguing. History comes into play as we learn more about the relationship between the cousins and the wider family – we have a mob boss out for blood, a nefarious civil litigation firm and a horrifying incident tying them all together..it is a fast, addictive read and one that really gets the blood up.

If you watched “Goliath” and enjoyed it you’ll probably love this – whilst Vaughn is not quite a lone wolf he is often the lone voice supporting Eddy, often having to push against his own colleagues and friends – danger lurks, not only from the mob but also in unexpected places. The story twists and turns towards a really excellent finale, overall it is just a really really good read. 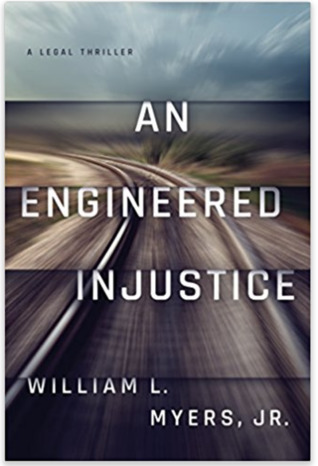