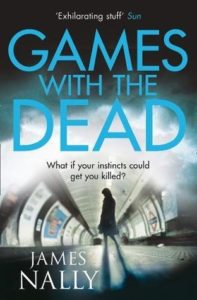 Irish runaway. Insomniac. Functioning alcoholic.
Life is about to get complicated for DC Donal Lynch.

When a young woman is kidnapped, Donal is brought in to deliver the ransom money. But the tightly-planned drop off goes wrong, Julie Draper is discovered dead, and Donal finds his job on the line – a scapegoat for the officers in charge.

But when Donal is delivered a cryptic message in the night, he learns that Julie was killed long before the botched rescue mission. As he digs further into the murder in a bid to clear his own name, dark revelations make one thing certain: the police are chasing the wrong man, and the killer has far more blood on his hands than they could even imagine.

I love this series. The setting makes it far more intriguing than a lot of crime thrillers due to the slightly lesser technology available, the relationship between brothers Donal and Fintan is extraordinarily entertaining and the added “supernatural that might not necessarily be supernatural” element is really well done and gives an added edge to proceedings. Often very funny, Games with the Dead is a brilliant addition to this series and I hope we see more of Donal very soon.

Poor Donal he doesn’t half get put through the wringer here – on the hook for losing a kidnap victim, trouble and strife in his relationship, plus ghostly visits in the middle of the night and it is really unsurprising that he drinks. James Nally manages all the layers  of this story with aplomb, it is incredibly addictive, occasionally laugh out loud hilarious, but also dark as you like – with a twisty storyline full of the unexpected.

Considering I accidentally read the first one (don’t ask!) I think fate was at play because this is easily one of my favourite crime series out there today, one of those I wish they’d make for television. There were various strands in this novel (especially relating to Donal’s more,erm, unusual skills) that I can’t wait to read more about.

Quirky, Offbeat and beautifully done Games with the Dead (and the rest) come highly recommended from me.

Purchase Games with the Dead 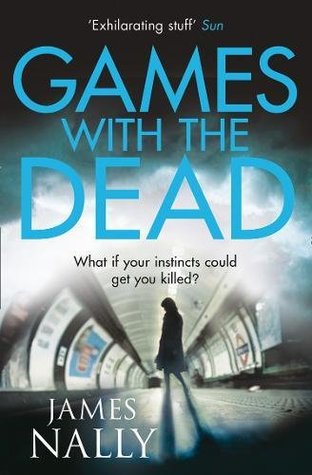