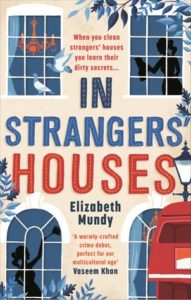 Lena Szarka, a Hungarian cleaner working in London, knows that all too well. So when her friend Timea disappears, she suspects one of her clients is to blame. The police don’t share her suspicions and it is left to Lena to turn sleuth and find her friend.

Searching through their houses as she scrubs their floors, Lena desperately tries to find out what has happened. But only Cartwright, a police constable new to the job, believes that this will lead to the truth. Together they uncover more of Islington’s seedy underbelly than they bargained for.

But Lena soon discovers it’s not just her clients who have secrets. And as she begins to unravel Timea’s past, exposing long hidden truths, she starts to wonder if she really knew her friend at all.

Really really enjoyed this – it’s a different kind of crime caper and I LOVED Lena, she is so coolly oblivious to anything approaching subtle, but in the best way. She says what she thinks, she does what is right and doesn’t take any crap from anybody. So when her friend goes missing, she is determined to get to the truth, despite the distinct lack of interest from the police…

In Stranger’s Houses has a beautifully immersive mystery element, a hugely refreshing change from your standard detective/Private Investigator/Lawyer route – Lena is like the Poirot of cleaners – she cleans your house, she see’s your routines, she can tell an awful lot about you from what you leave lying around and is inevitably proven right in her assumptions. When she finds it likely that the answer to Timea’s disappearance will be found somewhere within the community she cleans for, she’s like a dog with a bone. The police eventually allocate an officer – Cartwright – and the two of them take on an under the radar investigation and build up a relationship that was one of the biggest strengths of the story.

Descriptively this is beautiful, the sense of place is brilliant, both here and in Lena’s memories of Hungary. The differences in our cultures is authentically recognised but mostly celebrated – you can’t help but love Lena despite her sometimes intransient attitude. and Elizabeth Mundy captures the hustle and multi-cultural realities of London vividly and to great effect.

Overall this was a wonderfully quirky, gorgeous crime drama with a main protagonist you can really get behind, some cracking dialogue, a intricately fascinating plot and really, despite the dark nature of the crime elements, a whole lot of fun. Can’t WAIT for Lena’s next adventure. I’ll miss her stoic and heartfelt voice in my head. 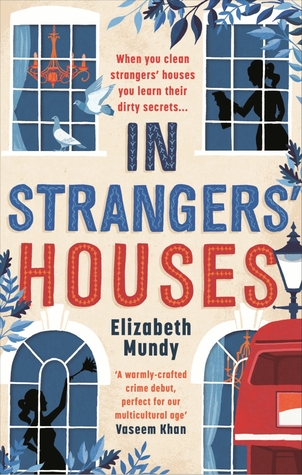 One Response to Latest Reads: In Strangers Houses Elizabeth Mundy