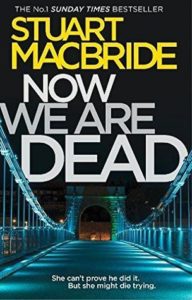 From the No. 1 bestselling author of the Logan McRae series, comes a standalone spinoff featuring DS Roberta Steel
Sergeant Roberta Steel has recently been demoted after being caught fitting up a suspect. The trouble is, the man she got sent down has had his sentence quashed now he’s back on the streets. And women are being attacked again. But if DS Steel goes anywhere near him his lawyers will get her thrown off the force for good.

The Powers That Be won’t listen to her not after what happened last time. Besides, she’s got more than enough ongoing cases to keep her busy perhaps she should focus on solving them instead of harassing an innocent man?

But Steel knows he’s guilty and the longer he gets away with it, the more women will suffer. The question is: how much is she willing to sacrifice to stop him?

Is there a single detective anywhere created in fiction who could outdo  Roberta Steel? No is what I say – she is (subjectively) the single most entertaining and cleverly written police protagonist on the block. All the blocks. In my humble opinion anyway – therefore a book from the uber talented Mr MacBride focusing on her was probably the biggest book treat I’ve had this year.

I rocketed through this like a grasshopper on acid, immediately compelling, laugh out loud funny, the dialogue crackles, the plot is both exciting and incredibly immersive, there is actually not a single downside to reading this book. Unless you count eating too much chocolate and being incapable of coherent thought on any other subject until you have finished it. I don’t count that because for me that is what books are supposed to do. Even the lack (apart from a cameo) of one of my other favourite fictional detectives Logan McCrae didn’t put a dent in my enjoyment of this one.

Poor Roberta, she’s been demoted for planting evidence – something that anyone who read the novel where that happened can sympathise with. Still now she’s sorting out stolen goods, dealing with violent loan sharks and still determined to bring down her nemesis  – unfortunately she’s under the spotlight, in danger of losing her job entirely – yeah right, like that is going to stop her. Throw into the mix the incredibly lovable DC Stuart Quirrel, whose attempts to keep up with Roberta and keep her under control create some of the best moments in Now We Are Dead and boy you have a read and a half on your hands. I just loved it. Loved loved loved. And my gosh that last little bit had me quite literally on the edge of my seat – brilliant brilliant finale that I’ll never forget. Just the icing on the top of the most delicious bookish cake.

I have to give a nod to the beautiful little hardback too  – the author’s introduction is fantastic and the end papers provide some hilarious and beautiful drawings which I considered taking pictures of to show y’all but in the end decided that it was best unwrapped like the best looking Christmas gift ever – and I can’t believe I just said the C word considering my hatred of all things festive season – but honestly perfect present material.

All the positive, none of the negative, a banging good read that will engulf you in madness but it is the best madness ever. Bring it on.

Purchase Now We Are Dead 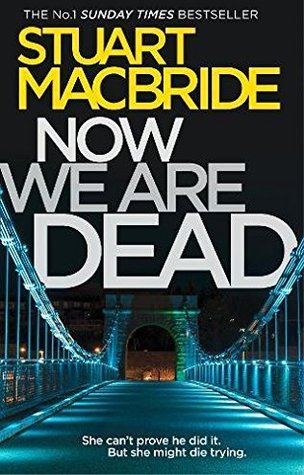 2 Responses to Latest Reads: Now We Are Dead Stuart MacBride