Renée Ballard works the night shift in Hollywood, beginning many investigations but finishing none as each morning she turns her cases over to day shift detectives. A once up-and-coming detective, she’s been given this beat as punishment after filing a sexual harassment complaint against a supervisor.

But one night she catches two cases she doesn’t want to part with: the brutal beating of a prostitute left for dead in a parking lot and the killing of a young woman in a nightclub shooting. Ballard is determined not to give up at dawn. Against orders and her own partner’s wishes, she works both cases by day while maintaining her shift by night. As the cases entwine they pull her closer to her own demons and the reason she won’t give up her job no matter what the department throws at her.

I can’t  speak for everyone but I love it when an author I’ve been following for years and years suddenly turns around and gives us something new – and what a something new it is, with The Late Show featuring Detective Renee Ballard. Working the night shift (referred to as The Late Show) in a kind of punishment come harassment type way having annoyed a colleague by daring to bring a complaint, Renee is tough as they come and takes no prisoners – I loved her bull at a wall attitude and her determination to get things done despite being constantly sidelined.

Michael Connelly has created a very different atmosphere with The Late Show – there’s a dark and disturbing ambience to it, with a lot of the action taking place in the pre dawn hours, this is a different type of policing altogether – coming into a case but never seeing it through to fruition. Until the night we meet Renee however who finds a strange kinship with a victim of a beating and determines there and then not to let her down..

Renee herself is the heart and soul of this novel – you learn a lot about her just through her attitude, her actions and her relationships with those around her. She is tough, yes but also flawed, not all her decision making is sensible and her life away from the unit is somewhat quirky. Mr Connelly builds a whole other world around her, paced to perfection with a hugely authentic edge and a practical addictive prose that keeps you up through the night – I didn’t want to leave this book shift until Renee did – although this takes place over several days and nights the feeling is of one long, intense and beautifully intriguing set piece. I could almost imagine it being filmed, West Wing style with one camera following Renee through the murky twists and turns of her cases, never panning away.

The mystery elements are clearly Connelly – twists and turns and tiny little nuances that turn into hugely important clues and reasons – he has an incredibly realistic eye towards character building and there is not one thing that rings false or unlikely – which makes it all the more hard hitting when the big moments come.

Overall I thought this was pure pure excellence on the page. I honestly and sincerely hope that we see Renee many times over, doing what she does best, I want to know more about her and all the others I met within the pages (I loved the lawyer incidentally watch out for him) and I definitely want to see her bring her unique way of working to more night time incidents – it is, after all, always darkest just before dawn. 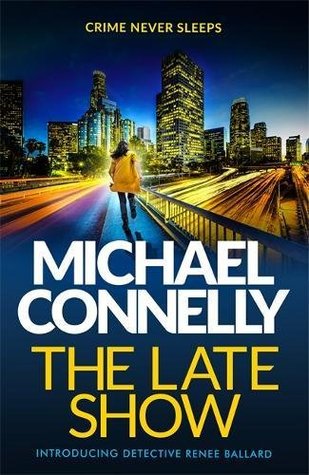