Detective Esa Khattak is in the midst of his evening prayers when he receives a phone call asking that he and his partner, Detective Rachel Getty, look into the death of a local man who has fallen off a cliff. At first Christopher Drayton’s death—which looks like an accident—doesn’t seem to warrant a police investigation, especially not from Khattak and Rachel’s team, which handles minority-sensitive cases. But it soon comes to light that Drayton might have been living under an assumed name, and he may not have been the upstanding Canadian citizen he appeared to be. In fact, he may have been a Bosnian war criminal with ties to the Srebrenica massacre of 1995. And if that’s true, any number of people could have had reason to help him to his death.

As Rachel and Khattak dig deeper into the life and death of Christopher Drayton, every question seems to lead only to more questions, and there are no easy answers. Did the specters of Srebrenica return to haunt Drayton at last, or had he been keeping secrets of an entirely different nature? Or, after all, did a man just fall to his death in a tragic accident?

An incredibly powerful novel, setting a mystery within the context of the war in the former Yugoslavia – really hitting home about what happened there and creating a group of unforgettable characters. This had me in tears an awful lot of the time.

I, of course, am old enough to remember that time but being removed from it, watching images on the television that  never really got to the heart of the matter, you don’t really get how godawful that war was, how many lives were lost, what went on there. Reading “The Unquiet Dead” was an education in that respect, a masterclass in how fiction can hit home in ways that reality often cannot.

At the same time The Unquiet Dead is an entertaining and well plotted mystery although I never really felt like I was reading a “whodunnit, more a “who are they” which applied to all the characters including our main protagonists Getty and Khattak.  Khattak is really the most intriguing creation, in this first of the series we have only just scratched the surface which bodes well for the rest. Getty is equally intriguing but on different levels – as a duo they were endlessly fascinating.

Using a clever multi layered style of storytelling, wherein we find out some hard truths about life on the ground in the former Yugoslavia whilst the war was raging and present time as Khattak and Getty dig into the life and death of the man known as Drayton, you are drawn deeper and deeper into some dark, dangerous and horrifying realities. Every character is finely drawn, the author teasing out the detail, slowly revealing the heart of them and through that the answers finally emerge. Often the narrative takes your breath away, the ultimate resolution leaving you melancholy and contemplative – to call this novel thought provoking isn’t really good enough but its all I’ve got.

Incredibly emotional, ever riveting, completely immersive, The Unquiet Dead is one of those books I want to make everyone read, absorb and appreciate. 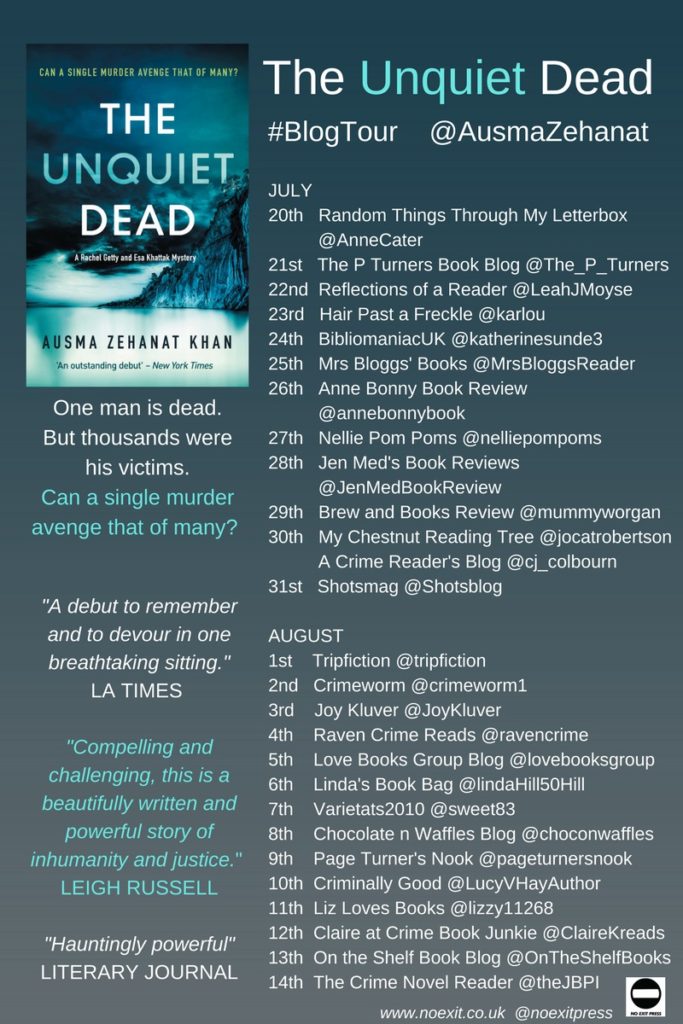 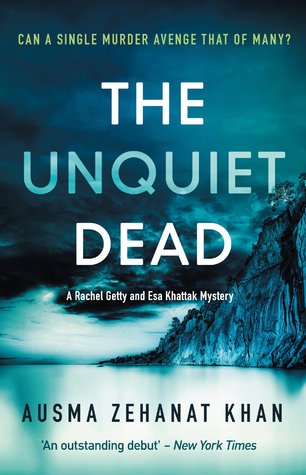