A serial killer is burning people alive in the Lake District’s prehistoric stone circles. He leaves no clues and the police are helpless.

When his name is found carved into the charred remains of the third victim, disgraced detective Washington Poe is brought back from suspension and into an investigation he wants no part of.

Reluctantly partnered with the brilliant but socially awkward civilian analyst, Tilly Bradshaw, the mismatched pair uncover a trail that only he is meant to see. The elusive killer has a plan and for some reason Poe is part of it.

As the body count rises, Poe discovers he has far more invested in the case than he could have possibly imagined. And in a shocking finale that will shatter everything he’s ever believed about himself, Poe will learn that there are things far worse than being burned alive..

The Puppet Show is a brilliantly twisted, horrifically wonderful serial killer thriller where the killer and thriller is totally outdone by the imaginative, engaging and purely emotionally resonant characters.

Ok so we do have a mystery that is intriguing, compelling and utterly riveting whilst being totally hair clutching scary if you stop to just think about it for a moment – but then we have Washington Poe and Tilly Bradshaw – the best literary duo since, well, I don’t know when but a long time. Poe is fascinating, a rogue to out rogue Jack Bauer in 24 whilst doing it for all the right reasons of course, whilst Tilly is socially awkward yet highly intuitive and super intelligent. She says what she thinks when she thinks it and see’s the nuance that nobody else catches. Together their developing friendship and working relationship gives “The Puppet Show” an edgy, vibrant feel that raises it above any other thriller of this nature you’ll read at the moment.

The author has such an eye for both plot and character development, you fall into this book and live in it’s pages – there are plenty of gorgeous little twists if you are into that sort of thing and the ending is terrifyingly edge of the seat. I loved every single moment of it, the settings are vivid and alive, the characters pop, even the peripheral ones and it is unpredictable and highly highly entertaining.

I have literally nothing bad I can say about this one. Go get it. Don’t worry  – you’ll survive. Probably…. 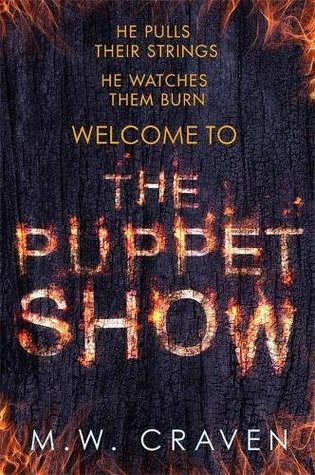