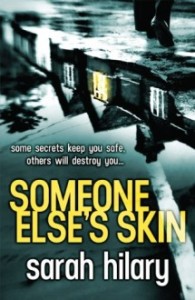 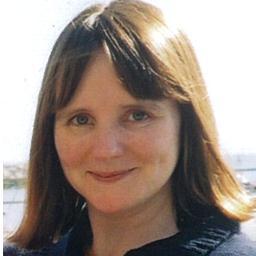 So, what seems like an AGE ago now, last summer, I was sent a debut crime novel as an advance reading copy – that being “Someone Elses Skin” by Sarah Hilary. I read it in great big gorgeous chunks and had to agree that it was certainly going to be one of THE crime debuts for 2014. And now the day is here when you can all get your hands on a copy and I would highly recommend that you do. I caught up with Sarah to ask her a few questions and here is what she had to tell me.

Tell us a little about how Marnie started to form in your mind.

Marnie made her first appearance in the book I wrote before Someone Else’s Skin. She wasn’t the main character (it was someone else’s story), and the first time she appeared she was undercover, wearing biker boots and a black wig. So she was intriguing from the start. In that story though, she was the steady anchor – a Detective Inspector but one without any secrets, or so I thought. When I started Someone Else’s Skin, I began to think about what secrets she might be keeping, and I became a bit obsessed with that. And with her. So, she came fully formed, so to speak, but with her lips sealed. I’m only just scratching the surface of her character in Someone Else’s Skin. In the next book, we learn a lot more about her, but it’s still just the tip of the iceberg. She’s going to keep me on my toes as a writer, I can tell that much.
Domestic violence is an emotive subject, was there a lot of research involved?

Yes, and no. Obviously I wanted to do justice to the subject, to tread with care and to be informed. But I write fiction, there’s no pretence about that. I didn’t want to write a polemic either, although my research left me quite shaken and angry on behalf of the people who’ve suffered from domestic violence. I read a lot of first person accounts and I thought a lot about how the media portrays violence of this kind and how society reacts to it. What fascinates me is the silences between what’s known and what’s talked about. The gaps in our understanding, if you like. I wanted to write something that reached into those gaps, and which made a noise about the things to which we’re supposed to turn a blind eye and a deaf ear. I wanted to catch readers off-guard, make them think about the issues from a fresh angle. It makes me angry when I read a book so full of violence that it makes me numb. I hate to be numb about things that matter. So I wanted to write a story that unsettled readers, yes, but more importantly one that touched them. Research can only help with that to a certain extent; really it’s about crafting characters and a plot that hooks the reader and makes them care enough to keep turning pages even when the subject matter is disturbing.

Can you tell us a little about what is next for Marnie?

The second book in the series explores new territory, and introduces a character from Marnie’s past who is really going to shake things up for her, professionally and personally. We’re going to learn about the kind of person she was when she was sixteen, and the ways in which she’s changed (and the ways in which she hasn’t). They say that writers should put their heroes and heroines up trees and throw stones at them. Well, in the next book, Marnie might wish she was up a tree being pelted with stones, because I’ve been really very mean to her. But she’s come out fighting. Which is just as well, given what I have planned for her in book three…

In a window seat behind a heavy curtain, like Jane Eyre. Failing that, curled by the fireside.

I’ve yet to try a Kindle. I’m not a technophobe, I’m just happy with the real thing.

I wish I could speak all the languages – or even just one of them – that Someone Else’s Skin is being translated into. I’d love to understand Sarah Lund, for example, or to chatter in Italian… Maybe it’s not too late to learn..?

Meet DI Marnie Rome. Several years ago she suffered a tragic loss to a violent act…since then she has struggled to come to terms with it despite her protestations that she is fine. When she walks in on another act of violence at a local womens shelter a journey begins for her and those around her that will take your breath away…..

This was a heart stopping rollercoaster of a ride from start to finish. Brilliantly imagined, totally convincing and utterly compelling you will live and breathe every moment of this terrific debut novel…not only that but it will give you cause for reflection on some difficult issues.

Taking Domestic Violence as its core Ms Hilary has crafted a tale of great depth and cleverly written contrasts, each character playing their part in the whole with aplomb. Some of the best characters in the book will only appear peripherally and yet each time they do they leap off the page. Marnie herself is complex yet caring – in her determination to protect these women she often stumbles – but from the start you know she will always get up again and do the right thing. Her “sidekick” if you like, Noah is equally well drawn. He comes from a very different place to Marnie and they are a perfect literary partnership. The women you will meet in this novel are brave yet scared, strong yet weak – some of what you read will be hard to take but important to hear. The very real problems faced by anyone trying to help these victims come to terms with their past is also given a great part in here through yet another amazing character.  A very real issue treated sensitively and realistically buried in the heart of an almost perfect crime novel. Very clever indeed.

I can’t talk about the plot in depth because almost anything to be said about it would be heading into spoiler territory, this is Marnie’s journey very much so – I WILL say that it is tightly knitted, complex and at times surprising – and the almost perfect prose means that this is a book to be savoured. I am in awe.

Finally thanks to the author and to the publisher for sending me an advance copy of this book to review.