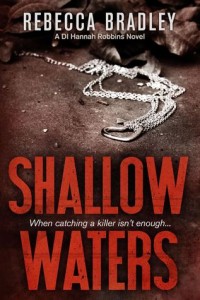 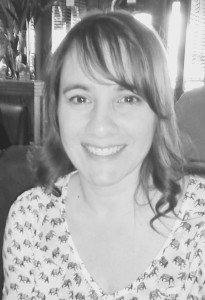 I recently read Shallow Waters, a great crime debut from Rebecca Bradley  – so I caught up with her to ask a few questions, here is what she had to tell me.

Tell us a little about the inspiration for Hannah as a character?

To be honest, I’m not sure there was a real inspiration as such. I just knew I wanted a female protagonist and I wanted to tell the story in first person narrative so the reader would be there right in the middle of the action as she was. From there Hannah evolved on the page with the story. I drew up a backstory, which is only hinted at in Shallow Waters, and that makes her who she is. As for her manner with her team, I didn’t want a tough hot-headed maverick, but neither did I want her to be seen as a pushover. I wanted to avoid stereotypes which is difficult is such a busy genre, so I just wrote, with those parameters, and what you read is the result.

Was there a lot of research involved to make the police investigation aspects so authentic?

Thank you, I’m glad you found it authentic. I know crime readers can pick up on details so it is important to me. If you decide to write a procedural, it needs to be procedurally correct. If you’re writing that maverick cop, mentioned above, who do as they please, then it doesn’t matter. Luckily I know a lot of police officers and research isn’t a difficult issue for me. I know the case she investigates is a difficult read for people, but there have been so many high profile court cases on the news lately of girls being groomed that I wanted to cover it, but obviously with as light a touch as I could and again, I know the right people.

Is crime your preferred reading genre as well as writing?

I love crime fiction! Last year I had to force myself to start reading outside the genre. I then found out I quite liked YA. How’s that for a change in genres? But there are some great crime writers out there and they can tackle some great social topics or they can just give us a really good read. I have so many books I still want to read, I need to be able to read faster!

Can you tell us anything about what is next for Hannah?

Hannah will be returning at the end of June this year. It will be six months on from the last novel (in the novel as well as literally) and the team are in for a really difficult time. It’s more complex as she has to deal with fallout from Shallow Waters; emotionally and practically, and at the same time she finds herself up against a killer who in some ways mirrors her. It’s an interesting one.

Just one?! If I say it fast you might not notice 🙂

OK, deep breath; Everything by Karin Slaughter, David Jackson, The Humans by Matt Haig, A Monster Calls by Patrick Ness and Rubbernecker by Belinda Bauer!

There. Just the one!

Read a book. Seriously what else if it’s a lazy Sunday? I have to have multiple cups of tea with me as well though.

One famous person you would most like to meet and why.

There are a lot of people I’d like to meet and for various reasons, but one person is Chris Hadfield. The astronaut who was in space and making YouTube videos while he was up there. Teaching. Sharing. It was amazing to follow him on Twitter and see his photographs. Did you see the video where he sang David Bowie’s, Space Oddity while up there? It was amazing! OK, end of gushing.

When the naked, battered body of an unidentified teenager is found dumped in an alleyway, post-mortem finds evidence of a harrowing series of events.
Another teenage death with the same MO pushes DI Hannah Robbins and her team on the Nottingham City division Major Crimes Unit, to their limits, and across county borders. In a race against the clock they attempt to unpick a thick web of lies and deceit to uncover the truth behind the deaths.
But it doesn’t stop there. When catching a killer isn’t enough, just how far are the team willing to push themselves to save the next girl?

A really excellent crime debut, dark, clever and immensely readable, Shallow Waters is a gritty and addictive read that will grip you from the outset.

Hannah Robbins is an excellent main protagonist, emotionally resonant and with just enough secrets to embed you into the series – she is driven and very authentic, you will get right behind her. I liked the relationship she had with her reporter boyfriend, it gives an intriguing twist to proceedings and the rest of the cast are well rounded, as an introduction to a new ongoing series this worked perfectly.

It is violent – possibly not for the faint hearted, the mystery element is emotive and very well drawn and will keep you turning those pages to discover the outcome. The police procedural portions of the tale are well rounded and realistic, the pressure and the horror of tracking a killer comes across beautifully. There is a terrific depth to the plotting, especially in relation to allowing the reader to get to know the victim, therefore ensuring that we are as desperate as the police are to catch the villain.

Overall then a really really great read and one that I highly recommend for fans of Crime Fiction. Can’t wait to find out what is next for Hannah and Co.