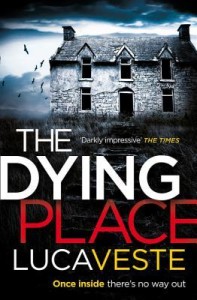 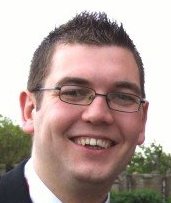 So I’m a bit behind here – apologies to Luca who very kindly answered some questions for me about his brilliant follow up to “Dead Gone” ages ago now. I use Christmas as my excuse, I mean who doesnt get a befuddled brain at Christmas? Anyway here we are at last, and thanks to Luca for telling me all about The Dying Place. Although I’m sure the answer to the last question may have changed by now…

A second outing for Murphy and  Rossi then – and something a little different for them this time. What was the original inspiration behind this story?

The initial idea came from an ongoing conversation I’ve been having with my dad for many years. Whilst extremely liberal in most societal concerns, when it comes to teenagers and the issues they can cause, he has a very different view. On many occasions he has said that the only way to deal with what some would call “scallies” or “chavs” etc, is to get a group of old boys together in a van and pick these teenagers up off the street, beat them up, and then return them to civilisation changed forever. As I’ve got older, I have started to question the logic of violence ending violence, so I decided to write about a group of people coming together to do exactly what my dad had outlined… and it, of course, leads to disastrous results!

Its an interesting theme and one that will garner discussion – do you think perhaps society as a whole could do more to encourage young people to focus their energy in a more positive way?

Of course, but I think it’s always been that way. It’s arguably more prominent now, with an ageing population who have stories about youths and the problems they cause fed to them by their preferred media. However, it’s not just the fault of media as to why encouragement is possibly not there as much now, and there are many things which we could do as a society to give more opportunities to young people. Closing libraries, youth clubs, and avenues such as those is not the answer. Neither is increasing university fees to ridiculous levels, restraining those in low-income families to consider going (which is arguably the intention). With the collapse of industry a few decades ago, what jobs/careers are actually viable for young people out there? It’s something that needs to be considered more.

Can you tell us anything about what is next for the duo?

I’m writing Murphy and Rossi 3 at the moment. All I can say is that there’s a serial killer in Liverpool again… but this time, there’s a twist. The theme is violence in media and 24 hour news culture. That’s all I’m allowed to say at the moment!

My favourite read of the year so far is between three… Long Way Home by Eva Dolan, The Nightmare Place by Steve Mosby, and We Are Completely Beside Ourselves by Karen Joy Fowler, with the latter just edging out the other two. I would probably go for that one as a present, but I learned long ago that I don’t exactly share taste in novels with the rest of my family, so a voucher may be a better idea instead 😉

DI Murphy and DS Rossi discover the body of known troublemaker Dean Hughes, dumped on the steps of St Mary’s Church in West Derby, Liverpool. His body is covered with the unmistakable marks of torture. As they hunt for the killer, they discover a worrying pattern. Other teenagers, all young delinquents, have been disappearing without a trace. Who is clearing the streets of Liverpool? Where are the other missing boys being held? And can Murphy and Rossi find them before they meet the same fate as Dean?

A different case for Murphy and Rossi this time, a dark and disturbing tale but brilliantly written and very addictive, taking on themes of the breaks in our society and turning them into a haunting tale which is also endlessly fascinating.

I’m a fan of Murphy and Rossi as a duo – they are a great “crime fiction” pairing, I find one of the strengths of these tales is how Luca gives focus not only to them but to the people they get involved with in each case, we as readers see both sides of the story, even as identities are hidden to allow for some terrific mystery elements.

In the case of “The Dying Place” I was not only enthralled and often disturbed by the tale unfolding but it also gave me pause for thought, to consider the heart of Justice and how that can mean different things to different people. At turns terrifying and emotional this really was a wonderfully constructed thriller with hugely appealing characters, both those we know and those we don’t.

A very emotional ending with an excellent lead in to book 3, which I can’t wait for, made this one of my top crime reads of last year. Excellent stuff. 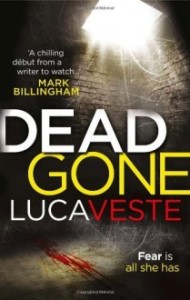